A volunteer from Singapore’s Communication Ministry prepares to collect feedback from the public on the coronavirus outbreak situation at the Raffles Place financial business district in Singapore February 5, 2020. — AFP pic
Follow us on Instagram, subscribe to our Telegram channel and browser alerts for the latest news you need to know.
By SHAHRIN AIZAT NOORSHAHRIZAM

KUALA LUMPUR, Feb 10 — A survey covering South-east Asia found that Singapore had offered the best leadership in combatting Covid-19 in the region, with Malaysia placed at fifth behind neighbours Vietnam and Thailand.

The report released by Singapore-based Asean Studies Centre at ISEAS-Yusof Ishak Institute however highlighted that 18 per cent of respondents felt that none of the countries in the region had offered such a thing.

“32.7 per cent of South-east Asian respondents pick Singapore as the country that has provided the best leadership to Asean while another 31.1 per cent choose Vietnam as the second-best leader.

“Across all ten Asean member states, only Brunei and Vietnam pick Vietnam for best leadership whereas the other eight members choose Singapore,” the report said today. 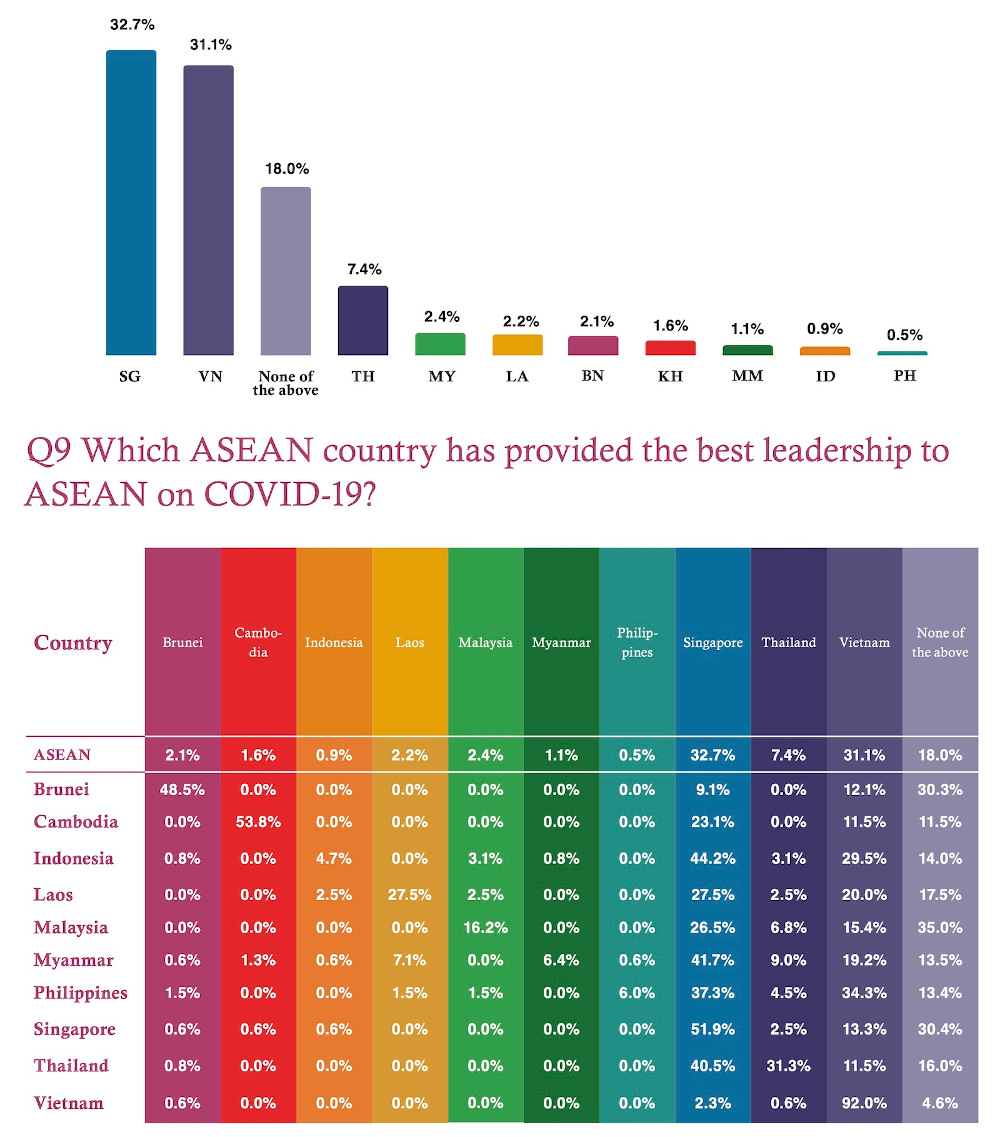 Malaysia only received a measly 2.4 per cent out of the votes.

In the survey, 16.2 per cent of Malaysian respondents felt that their own country had been the best in responding to the pandemic.

In comparison, 26.5 per cent of Malaysian respondents had chosen Singapore as the role model.

Other countries that received votes from Malaysians were Vietnam (15.4 per cent) and Thailand (6.8 per cent).

Despite these, the biggest chunk of Malaysian votes went to “none of the above”, at 35 per cent.

During the earlier stages of the pandemic, Malaysia had been hailed as mounting one of the best responses to Covid-19 among the region, with Health Director-General Tan Sri Dr Noor Hisham Abdullah lauded by international peers.

The country however has not been doing so well as late, with the third wave of the pandemic forcing most of the country into a new movement control order dubbed MCO 2.0 and a state of Emergency.

Yesterday, Malaysia recorded a slight dip at 2,764 cases in its daily Covid-19 report after consecutively recording 3,000 cases above since the reimplementation of MCO.

The survey had involved 1,032 respondents, with 11.3 per cent of them from Malaysia. Most of the respondents were academics, from think tanks, or research institutions.