Agong assents to Emergency until August 1, or until Covid-19 comes under control

Yang di-Pertuan Agong Al-Sultan Abdullah Ri’ayatuddin Al-Mustafa Billah Shah arrives for the investiture ceremony of federal awards and honours at Istana Melawati in Putrajaya August 17, 2020. — Bernama pic
Follow us on Instagram, subscribe to our Telegram channel and browser alerts for the latest news you need to know.
By ZURAIRI AR

KUALA LUMPUR, Jan 12 — Yang di-Pertuan Agong Al-Sultan Abdullah Ri'ayatuddin Al-Mustafa Billah Shah has consented to a state of Emergency in the country until August 1, or until the current wave of Covid-19 subsides.

In a statement by Istana Negara, the Comptroller of the Royal Household Datuk Ahmad Fadil Shamsuddin said the decision was made after Prime Minister Tan Sri Muhyiddin Yassin called on the Agong yesterday.

The Conference of Rulers were also consulted over the decision.

The Emergency Proclamation was called under Article 150(1) of the Federal Constitution which states that the Agong can call it if he is “satisfied that a grave emergency exists whereby the security, or the economic life, or public order in the Federation or any part thereof is threatened”.

An emergency committee will be formed consisting of government and Opposition MPs and relevant health experts to determine if the Emergency will be ended early.

Back in October, Muhyiddin had then pleaded for a state of emergency be declared, but the Agong decided that there was no need for one.

The Agong had also then delivered a warning directed at politicians looking to unsettle the country’s administration.

The earlier proposal for emergency last year happened after Opposition Leader Datuk Seri Anwar Ibrahim was granted a royal audience with Al-Sultan Abdullah in which the former claimed to have gained the support of “over 120 MPs” to take over the government.

Muhyiddin was appointed as the prime minister in March after Tun Dr Mahathir Mohamad resigned from the position unprompted less than two years into his term.

Muhyiddin yesterday announced the second bout of MCO in several states, citing the national healthcare system which is near breaking point.

Out of those, 187 are in intensive care unit, with 87 needing respiratory support. 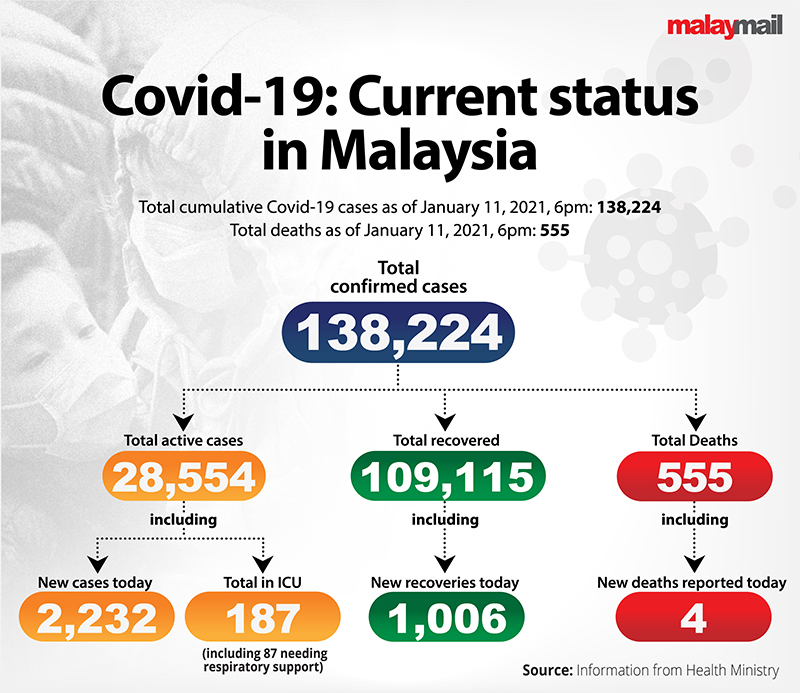