“Apart from that, we have 491 recoveries and three deaths,” he said during his Covid-19 briefing today.

From the total number of cases in Sabah, 56 came from existing clusters and 70 from the three new clusters in Rumah Merah, Telipok and Sembulan. Another 193 came from close contact tracing while 147 more from regular screenings.

The three deaths were all in Sabah involving one Malaysian and two foreigners, bringing the total number of fatalities to 249.

The deceased Malaysian was a male aged 70 with a history of high blood pressure who was treated at Queen Elizabeth Hospital in Kota Kinabalu.

The two foreigners were a male aged 53 who was being treated at Tawau Hospital and a female aged 60 who had a history of high blood pressure and stroke. She was treated at Duchess of Kent Hospital, Sandakan.

In Selangor, 150 cases were reported today. From that total, 40 came from existing clusters while 76 were from the new clusters Merpati and Astaka.

Another 22 cases were close contact and the last 12 cases were from screening activities.

“Apart from that there are currently 90 individuals treated in the internal care unit. Twenty of them are hooked onto the ventilator,” Dr Noor Hisham added. 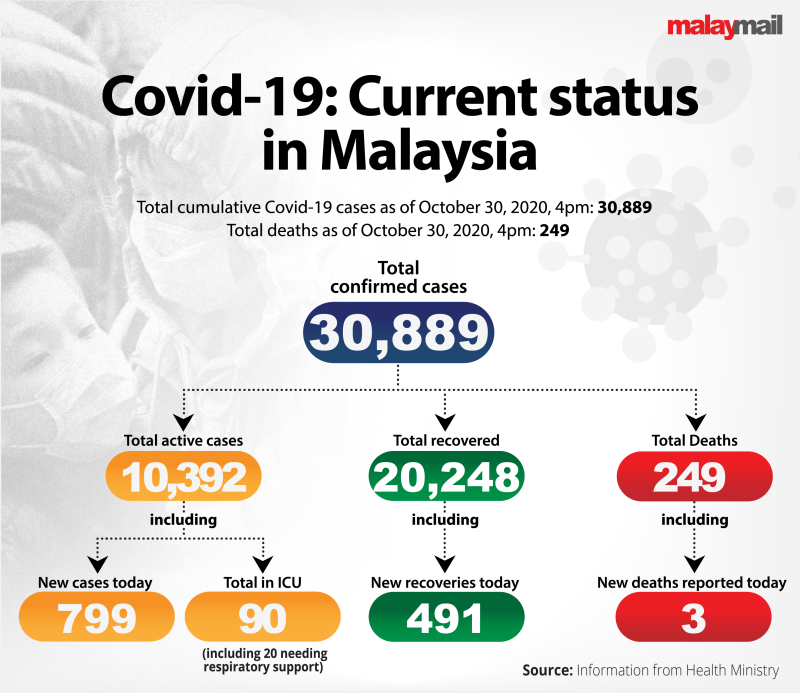