KUALA LUMPUR, Oct 21 — Around seven in 10 Malaysians in an international poll place more priority on environmental protection, even if it comes at the expense of economic growth and the creation of more job opportunities.

In the recent International Science Survey 2019-2020 by United States-based pollster Pew Research Centre, Malaysians were asked which statement came closer to their view, even if neither was exactly right.

Based on the survey results as released in a report last month, the overwhelming majority or 73 per cent of the 1,650 respondents in Malaysia chose environmental protection, while 27 per cent chose job creation, with the remaining one per cent either declining to answer or giving other answers.

This matches with the median percentage of 71 per cent respondents for the 20 countries surveyed — including Malaysia — that chose environmental protection as the top priority, and the median of 25 per cent which would prioritise job creation.

While noting that respondents in the countries surveyed favoured environmental protection, the Pew Research Centre report also noted that the survey was conducted — during the October 2019 up to March 2020 — before the Covid-19 pandemic and the subsequent economic strains in many of these countries.

The survey in Malaysia was conducted among 1,650 adults aged 18 and above through interviews in Malay, Chinese, or English language via phone calls from October 12 to November 22, 2019. 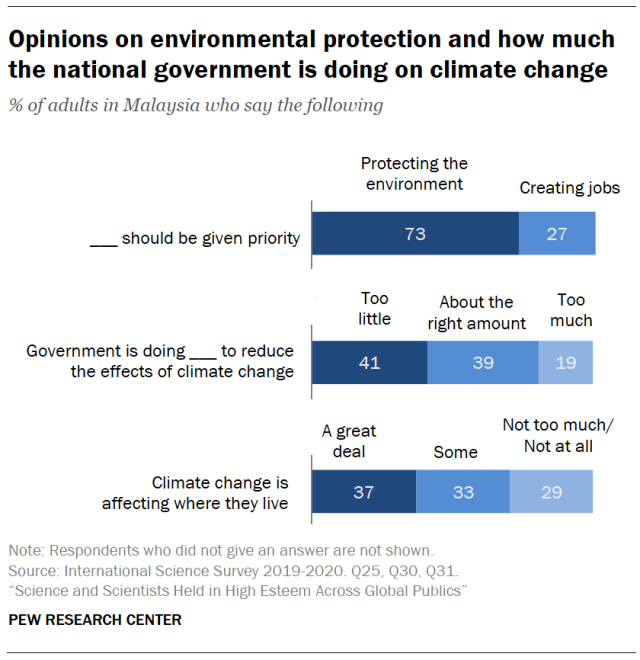 In the same survey, 52 per cent of Malaysian respondents considered global climate change to be a “very serious problem”, followed by those who said it was “somewhat serious” (30 per cent), “not too serious” (11 per cent) and those who do not view it as a problem at all at six per cent.

Here’s how Malaysia stacked up against other countries surveyed when it comes to the issue of climate change: With 52 per cent of Malaysians surveyed agreeing that human activity such as the burning of fossil fuels contributes a “great deal” to global climate change, the same survey also showed 67 per cent of Malaysian respondents prioritising renewable energy while 32 per cent said it was more important to increase production from oil, natural gas and coal for Malaysia’s energy supply.

In the same survey, Malaysians were also asked whether they considered five types of environmental problems to be a big, moderate, or small problem or not a problem where they live.

The percentage of Malaysian respondents who found these five problems to be a big problem where they live are: 81 per cent (pollution of rivers, lakes, oceans), 78 per cent (amount of garbage, waste, landfills), 76 per cent (air pollution), 75 per cent (loss of forests), 65 per cent (extinction of plant and animal species). 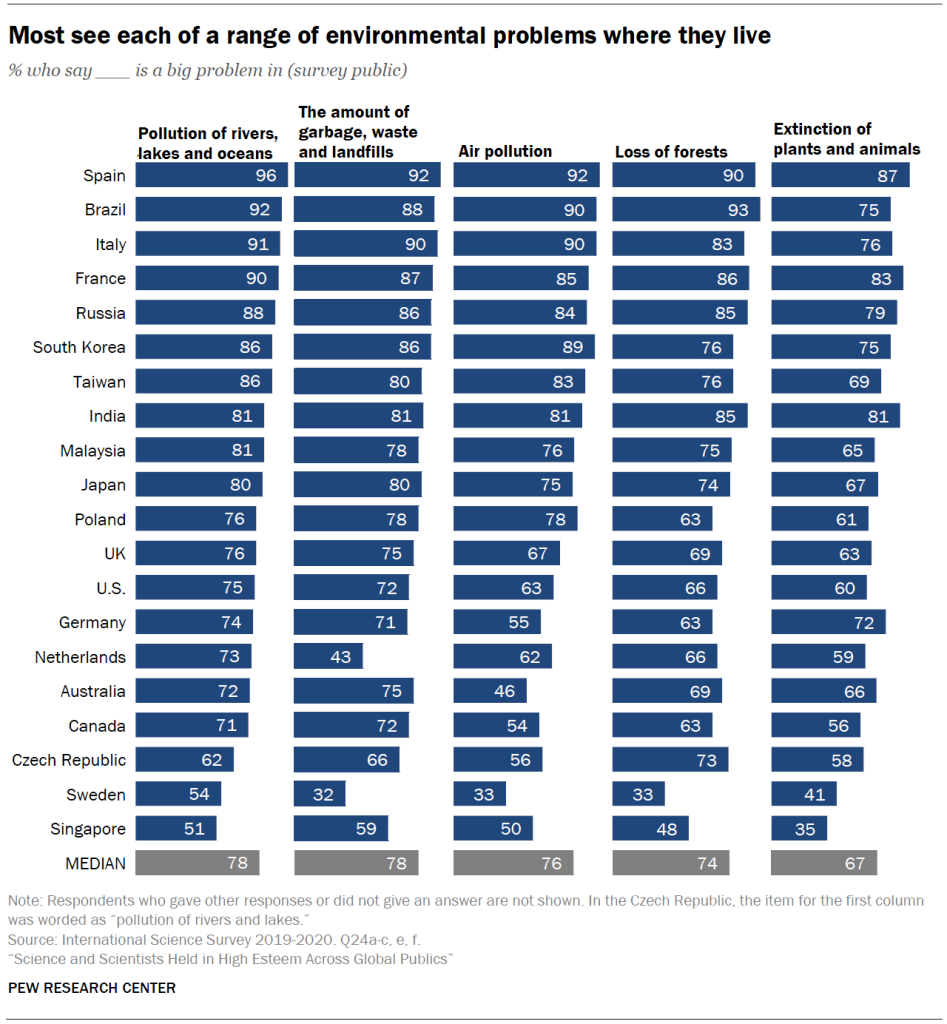