KUALA LUMPUR, Aug 9 — The Health Ministry has detected the emergence of two new Covid-19 clusters, one in Perak and one in Putrajaya.

The second case for the Kurau cluster was discovered via active case detection and contact tracing, leading to other family members in Penang being screened as well.

“The family members or five persons have all turned up negative. To date, 115 people have been screened, of which 106 are negative while nine others are awaiting the results. Contact tracing and active case detection efforts are still ongoing,” Dr Noor Hisham said.

The other cluster is in Meranti, Putrajaya, which was detected when the 9,083rd Covid-19 case turned up positive yesterday. The director-general said this individual has a history of contact with the 8,968th case which was first reported on July 31.

“After investigations, it was determined that the 8,968th case has a history of being treated in a health facility where the 9,083rd case worked at.

“Contact tracing and active case detection efforts are still ongoing for this cluster, with 15 people having been screened. The cluster’s source of infection is also being investigated,” he said.

Dr Noor Hisham also spoke of the ongoing PUI Sivagangga cluster in Kedah, adding that as of 12pm today 4,636 people have been screened, of whom 45 tested positive for Covid-19.

“As with the aforementioned clusters, contact tracing and active case detection efforts are still ongoing, with prevention steps including decontamination and debacterialisation conducted in the areas identified as being closely connected with this cluster,” he said. 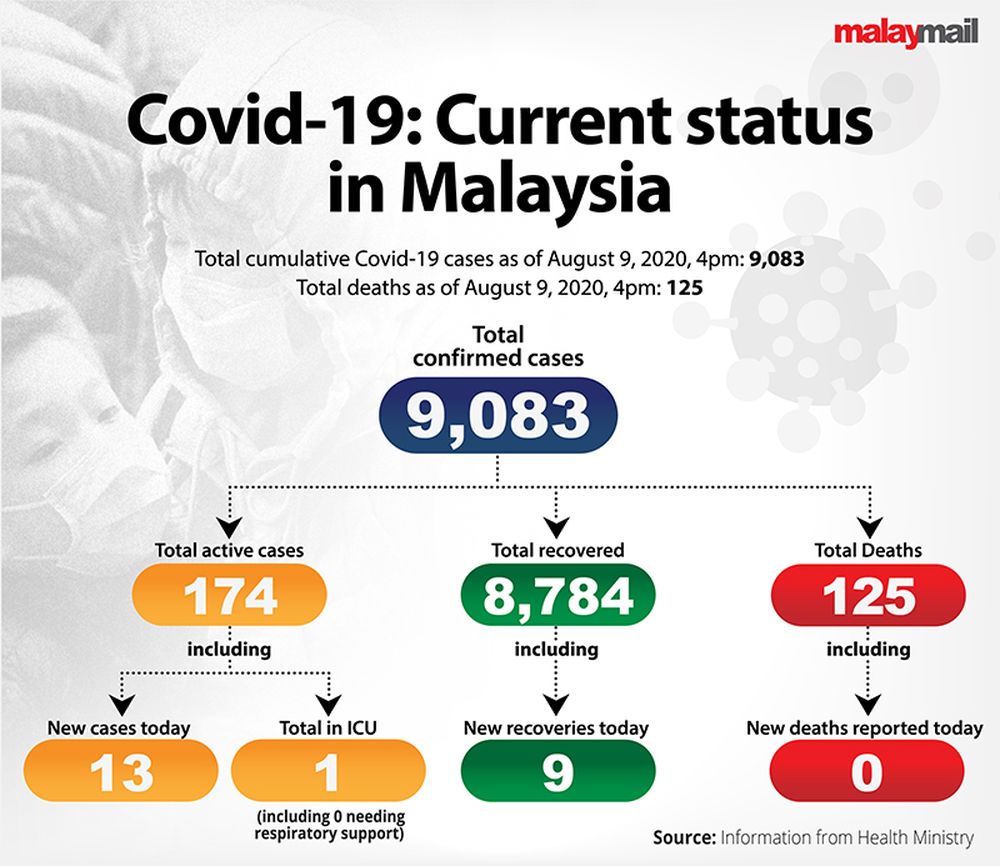