Friday prayers in each district beginning May 22, says Pahang regent

Staff member from mosque distributes hand sanitiser to worshippers during Friday prayers at Sultan Salahuddin Abdul Aziz Shah Mosque in Shah Alam March 13, 2020. — Picture by Yusof Mat Isa
Follow us on Instagram, subscribe to our Telegram channel and browser alerts for the latest news you need to know.

KUANTAN, May 15 — Friday prayers in districts other than Kuantan, will be performed starting May 22 with one mosque in each district, said the Regent of Pahang, Tengku Hassanal Ibrahim Alam Shah Al-Sultan Abdullah Ri’ayatuddin Al-Mustafa Billah Shah.

“I’m sure all congregations miss praying at mosques, but we must all understand that the Covid-19 we are facing now is invisible and that the government’s move to temporarily suspend congregational prayers is a must in religious law.

“Alhamdulillah, the number of Covid-19 patients in our country is under control and after hearing a presentation by Pahang Islamic Affairs and Malay Customs Council (MUIP) yesterday, I agree that we hold trial session for Friday prayers in Kuantan today.

“I hope the mosque officials here including the district kadi will look into the standard operating procedures (SOPs) implemented today and ensure that all rules and instructions are followed for the safety of the people,” he said after performing Friday prayers at Masjid Negeri Sultan Ahmad 1 here.

Meanwhile, Sarawak and Penang are the latest states to allow Friday prayers to be performed in mosques and surau starting May 22 but with conditions.

Sarawak Islamic Council (MIS) president Datuk Misnu Taha said the conditions included the number of worshipper allowed was limited to a minimum of four and not more than 12, comprising mosque officials and committee members.

“The public is still not allowed. They are required to perform Zuhur prayers (at home),” he told a press conference in Kuching today.

Sarawak Mufti Datuk Kipli Yaasin said the decision was made after considering the current situation of the Covid-19 outbreak across Sarawak and refining the Ministry of Health’s (MOH) recommendations.

However, the Sarawak State Fatwa Board in a special meeting on May 11 has decided to maintain the suspension of all religious activities in mosques and surau in the state including congregational, terawih and Aidilfitri prayers.

In George Town, Penang Mufti Datuk Seri Dr Wan Salim Wan Mohd Noor the Friday prayers in the state are limited to 12 to 15 worshippers at a time comprising officials and committee members of the mosques or surau.

“Others are required to perform Zuhur prayers at home.

“This method is only applicable for Friday prayers during the CMCO (conditional movement control order) period and cannot be applied for places where there are not enough 40 congregations,” he said in a statement.

He said it should also comply with the standard operating procedures set by the MOH and guidelines issued by the Penang Islamic Religious Affairs Department as a measure to curb the spread of Covid-19 infection.

However, Wan Salim said all activities at the mosques and surau including congregational, terawih and Aidilfitri prayers as well as lectures, talks, breaking-of-fast events and solemnisation ceremony are temporarily suspended until it is declared safe or in accordance with the decision of the federal government. — Bernama 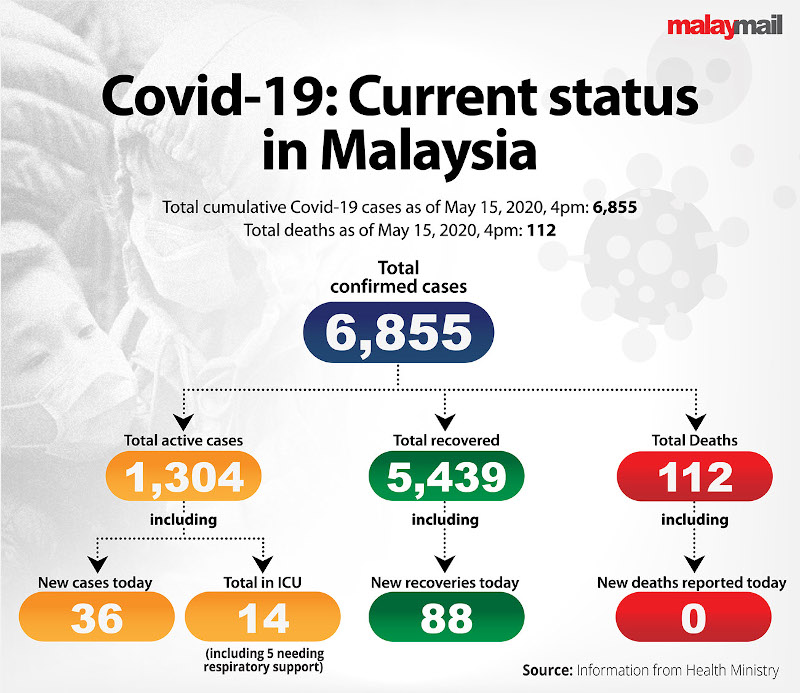