In Pahang’s east coast, fisherfolks struggling during MCO rely on charity to get by

Workers unload bags of rice to be distributed to several households in Beserah following their loss of income when the movement control order took effect. ― Picture courtesy of Aiman Azahari
Follow us on Instagram, subscribe to our Telegram channel and browser alerts for the latest news you need to know.
By KENNETH TEE

KUALA LUMPUR, April 20 ― With the country entering its third phase of the movement control order (MCO) this week, some Malaysians including the fishing communities in the peninsula’s east coast have been struggling to make ends meet and put food on the table.

One Malaysian, Aiman Azahari, decided to help those in need and managed to raise RM50,000 to purchase desperately needed daily essentials for the fishing communities residing in Beserah.

He even began a daily diary of his aid distribution journey titled ‘#MutualAidBeserah’ on his Facebook profile to update the public of his distribution rounds.

Beserah, which falls under the Indera Mahkota federal constituency, has always been a quaint fishing village with four sub-villages within its district — Kampung Pantai, Kampung Darat, Kampung Baharu and Kampung Baru Hitam — where most of the villages dot the coastal line.

Many residing in these coastal villages on the outskirts of Kuantan, Pahang are traditional fishermen, home-based keropok and salted fish producers, as well as labourers who earn their livelihood through day wages.

Since the MCO came into force on March 18, many of them have been hard-hit as they have no way of earning any of their daily income as they cannot work while others are unable to fish as they risked being detained by the authorities, leaving them with no way to purchase food and other necessities.

“Because many of them hidup berkais (daily wage earners), they do not have Employees Provident Fund (EPF) savings. They live hand to mouth,” he told Malay Mail when contacted.

According to Aiman whose hometown Kampung Pelindung Beserah fell under the greater jurisdiction of Kampung Pantai, it was not just those in the B40 low-income group who were severely affected, with others including the disabled, single mothers and elderlies also hurting. 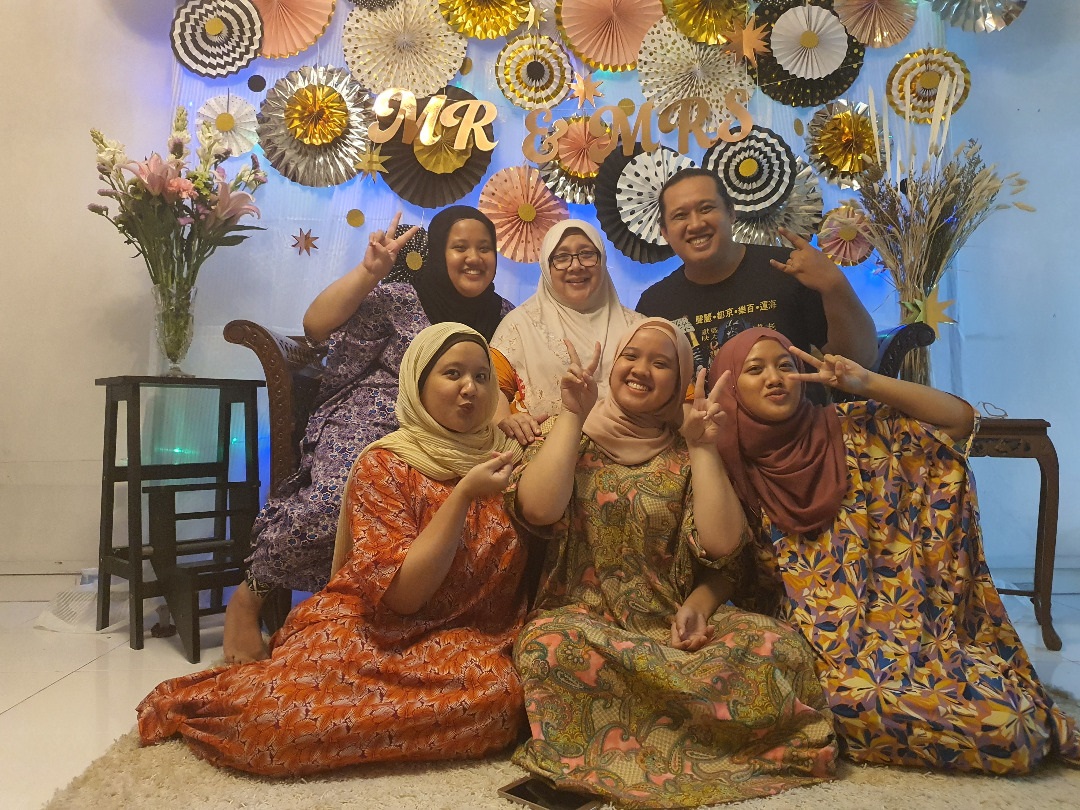 Aiman (behind, right) together with his family members banded together to distribute aid to the needy in Beserah. ― Picture courtesy of Aiman Azahari

How it all started

On the fourth day of MCO (March 24), a neighbour who was also a gardener to Aiman’s mother, had come by asking whether his services were required, but was advised to stay home as the authorities were making rounds to make sure people abide by the MCO.

“It was then he told me that he needed the money to bring his youngest daughter to the clinic and to buy food. Since he can't do work, he wondered if he could borrow some rice and money to go to the clinic.

“It’s 2020, you know what I mean? You don’t hear of other people going to their neighbour to borrow rice,” Aiman recalled.

After the conversation, Aiman said he started asking around and found out that no aid was reaching the people in Beserah despite the Pahang mentri besar announcing several assistance measures for those struggling under the MCO.

“I got frustrated and called a friend of mine Fadiah Nadwa Fikri to vent my anger. She suggested that I write a short note, a call for help, so that she can publish it on her social media. So I discussed it with my mother about it and she encouraged me to write that note,” he said.

Within hours of his and Fadiah’s posting, Malaysians of all backgrounds began answering Aiman’s call to help and he successfully gathered enough funds to prepare provisions for a total of 126 households.

He subsequently reached out to the Tok Empat (village chief) of Kampung Pantai to ask for assistance in contacting the remaining three village chiefs to enable the distribution of provisions, with each respective chief sending four people to assist Aiman with his works. 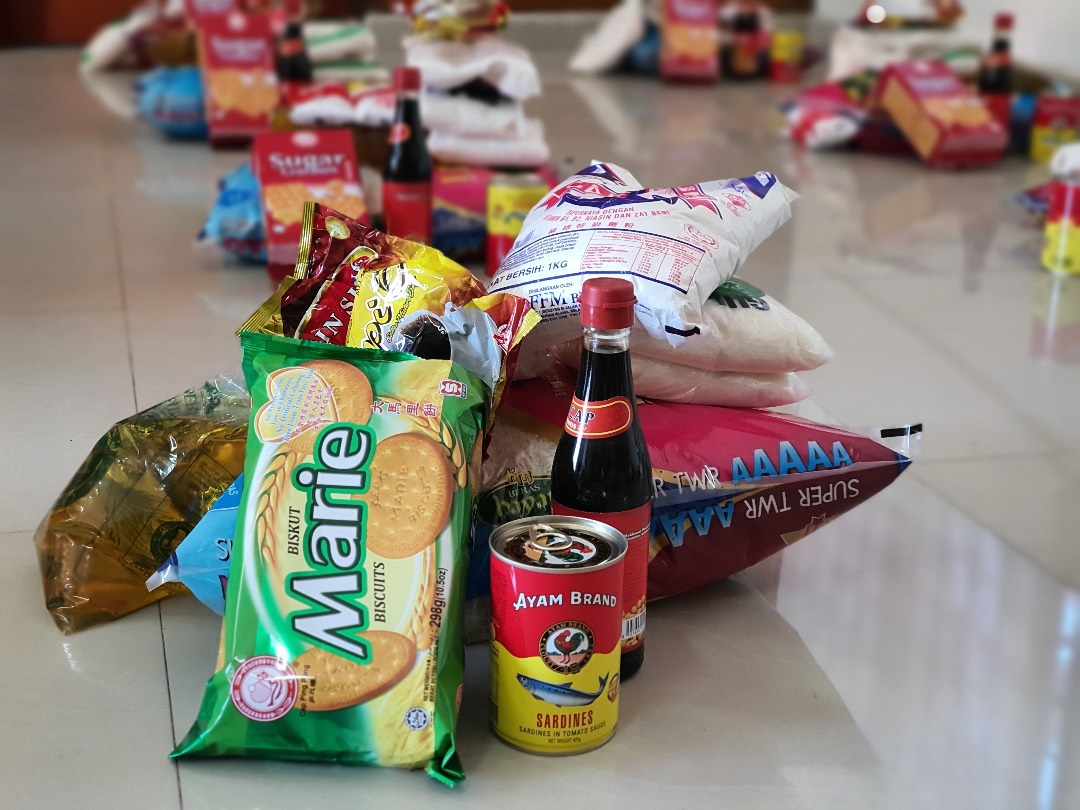 On March 25, Aiman and his family members started their distribution of provisions to 126 households in Kampung Pantai and Kampung Darat.

A day after, another 160 households in Kampung Darat were supplied and on March 27, provisions were distributed further to another 150 families in Kampung Batu Hitam and Kampung Kampung Baharu.

Aiman also said a friend living in the neighbouring Balok district had also called and informed him of Kampung Pantai Balok’s dire situation, after it also failed to get any aid since the MCO started.

Sensing the urgency, Aiman managed to purchase provisions for 150 households consisting of 65 fishermen and 85 hardcore poor.

He took a short break in between to recuperate, as the frequent travel was taking a toll on him both physically and mentally.

On April 5, Aiman again collected enough funds to purchase additional provisions for 300 families, with donors providing more provision for 178 families in the four sub-villages of Berserah.

By April 6, Aiman had distributed aid to 1,064 families in Beserah and Kampung Pantai Balok. 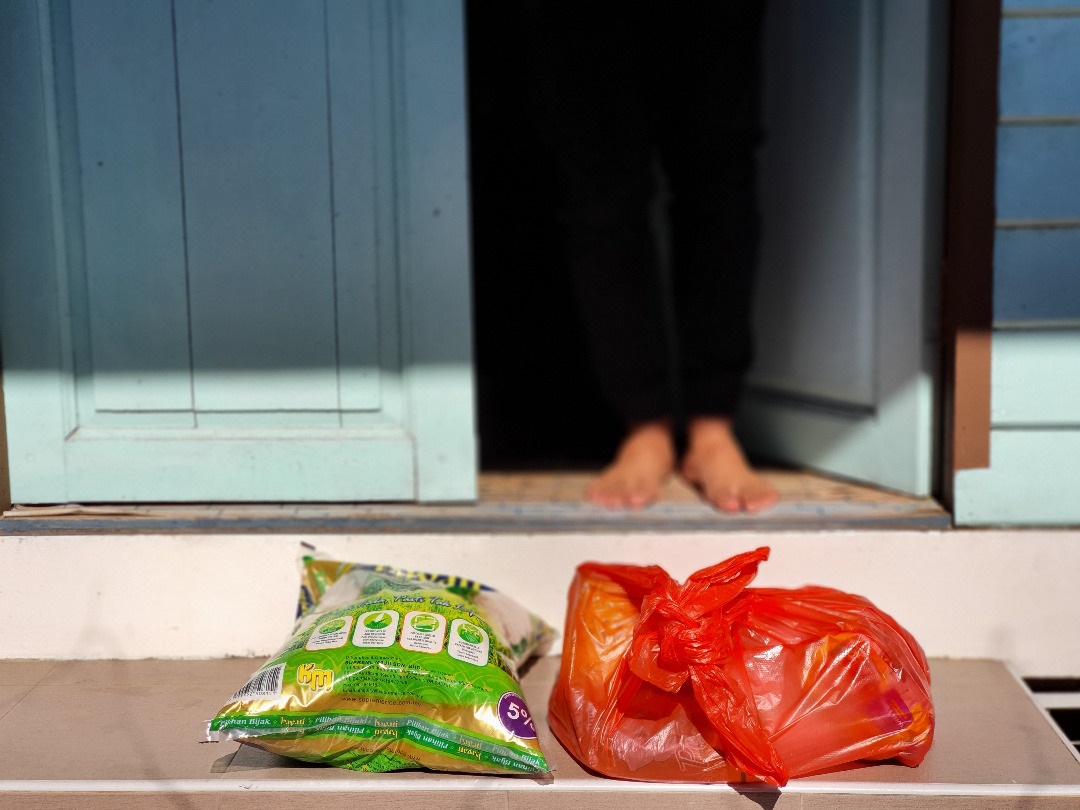 A villager standing next to provisions containing daily necessities and cooking ingredients provided by Aiman. ― Picture courtesy of Aiman Azahari

The spirit of camaraderie

Aiman, who is a restaurateur in Kuantan, said he felt overwhelmed by responses of compassionate Malaysians who have no direct connection to the people in his village and had directly contributed more than what the government said it would provide.

“The way they answered our call for help, it was just so overwhelming. So overwhelming in the sense that people regardless of age and religion, who have no connection to my kampung folks, reached out when they saw someone in need,” he said.

Aiman also described the look on the villagers’ faces when they received the much-needed aid, calling them pleasantly surprised and overwhelmed at receiving assistance from ordinary Malaysians.

“There was one incident where we had dropped off provision for a single mother and as I was walking back to my car, I overheard her telling her children that they finally had something to eat. It just broke my heart,” he recalled one incident during his rounds.

He was also optimistic when asked if he would continue his charitable works should the MCO be extended beyond April 28.

“As of now we haven't made any decision and we’re going to see how far the MCO is going to be. If it goes into Ramadan, I think we might need to do another round to assist the villagers with food.

“But I also understand the current situation is difficult for everyone financially, mentally and physically and we don't want to put burden on people as it was not their responsibility to begin with,” he said.

For Aiman, he said the community must take it upon themselves to help one another by not relying so much on the political ruling class.

“We have to do something in the community instead of waiting for the ruling class to take action. If we don't take care of our own, who is going to do it for us? That is very important.

“In desperate times, one must get out of their comfort zone and look at things and see what you can do,” he said.