Queensland mulls inquest on MH370 after Abbott’s revelation on Putrajaya

KUALA LUMPUR, Feb 19 — The Australian state of Queensland said today it is looking into a potential inquest into the disappearance of Flight MH370.

Sydney-based Sky News Australia quoted its premier Annastacia Palaszczuk as saying she will approach its state attorney general for an inquest on the doomed Malaysia Airlines flight.

“It’s obviously a big issue and of course there were a lot of families right across Australia that were deeply impacted,” she reportedly said.

“If the attorney general, our government, can help in any way, we would be more than happy to do so.”

Earlier today, Australia’s former prime minister Tony Abbott was reported claiming that the Malaysian government had “very early on” believed that the tragic MH370 disappearance was part of what is now an old and unproven theory of mass murder-suicide plot.

News Corp quoted Abbott as telling a documentary that the “highest levels” of Putrajaya allegedly told him within a week of its disappearance in 2014 that Malaysia Airlines pilot Captain Zaharie Ahmad Shah was responsible.

Abbott was the prime minister during the MH370 tragedy. Six Australians were among the passengers of the doomed flight.

Abbott's Malaysian counterpart at that time was Datuk Seri Najib Razak, with Datuk Seri Liow Tiong Lai as his transport minister. Both were from Barisan Nasional, that was shockingly defeated by Pakatan Harapan in the 2018 general election amid accusations of graft and abuse of power.

Flight MH370 from Kuala Lumpur to Beijing disappeared on March 8, 2014 with all 239 people on board.

Underwater searches for the plane in the Indian Ocean have covered 120,000 square kilometres and cost about A$200 million was subsequently suspended indefinitely in January 2017 until Malaysia accepted a “no-cure, no-fee” offer from US exploration firm Ocean Infinity in 2018.

The three-month search covered 112,000 sq km north of the original target area, without any new discovery when it was called off in May 2018.

An official 495-page report in July 2018 stated that MH370 was deliberately taken off course by a person or persons unknown. 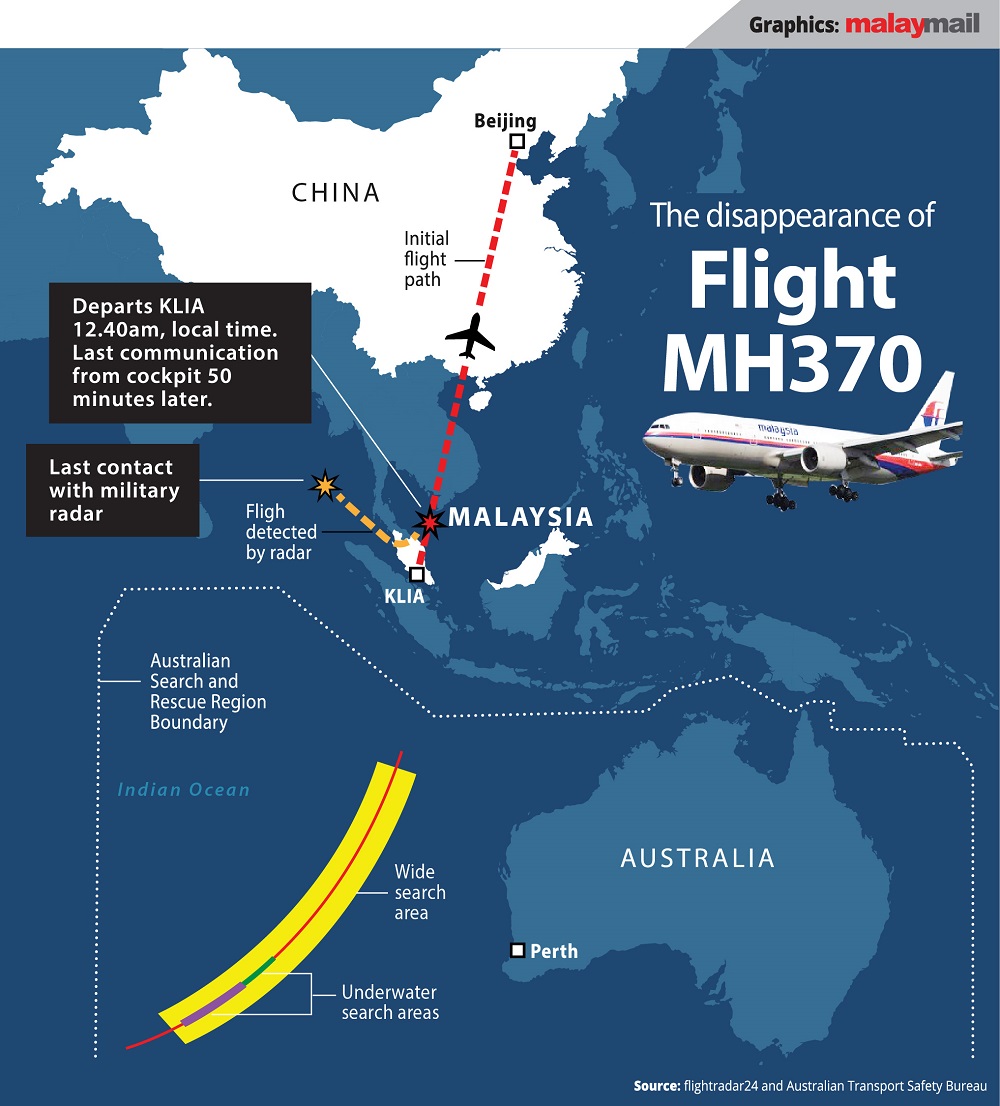