Datuk Seri Ahmad Zahid Hamidi is seen at the Kuala Lumpur High Court December 11, 2019. — Picture by Firdaus Latif
Follow us on Instagram, subscribe to our Telegram channel and browser alerts for the latest news you need to know.
By IDA LIM

As the company lacked such funds in its account, Wasi said he had contacted his friends including Khalid to ask if they could loan him the RM10 million, but confirmed that none of them provided him with such funds.

Wasi said he had then sought Khalid’s help to arrange a meeting with Zahid, with hopes of seeking a reduction of the minimum required capital for the project from RM10 million to RM5 million.

“In my knowledge Datuk Seri Khalid Mohamad Jiwa is a close acquaintance of Datuk Seri Ahmad Zahid Hamidi,” Wasi said when testifying during Zahid’s corruption trial, later explaining that it was common knowledge that Khalid was an “old friend” and “close friend” of Zahid.

Wasi said Khalid had agreed to help arrange the meeting, and the duo then went to meet Zahid at the Home Ministry in Putrajaya.

In the meeting which Wasi said lasted around 20 minutes and was his first meeting with Zahid, Wasi said the initial intention was to seek Zahid’s opinion on whether the required paid up capital could be reduced from RM10 million to a lower rate.

“But Datuk Seri Zahid Hamidi said he cannot interfere in TNB’s affairs and policies that were in place. But he suggested making short-term financial arrangements,” he said, later agreeing that this meeting could have taken place in October 2015. 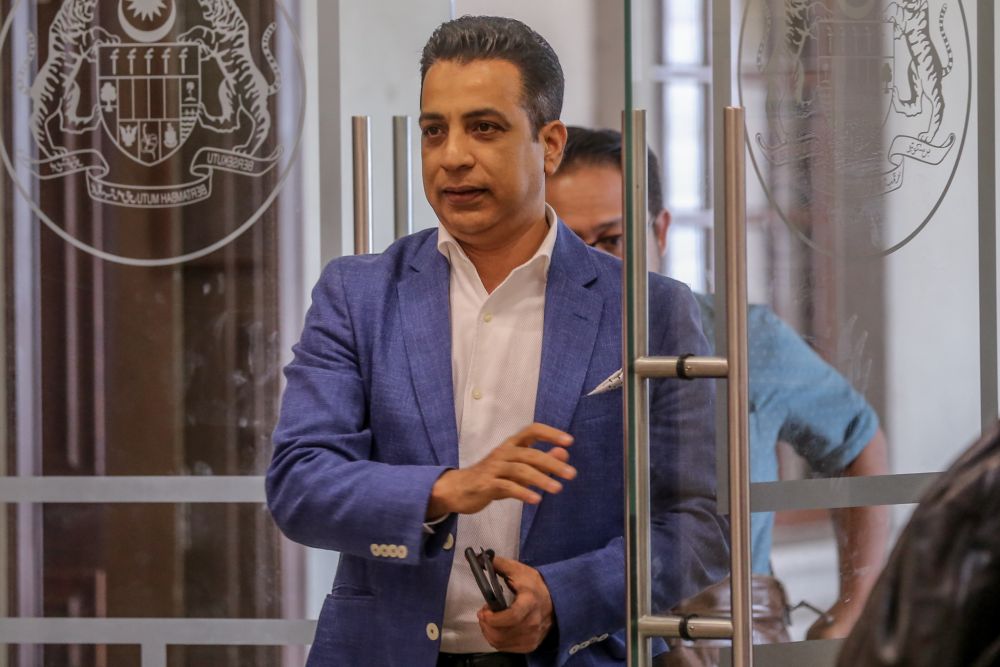 The second meeting and a cheque

After a month from his first meeting with Zahid, Wasi said Zahid had personally and verbally told him at Taman Tasik Titiwangsa to come to Parliament the next day.

Wasi said he had then went alone to this second meeting with Zahid, where Zahid had “ordered his officer — that I found out after being introduced was an Affin Bank officer —- to hand over a cheque for RM10 million”.

Wasi said he had then met with Zahid again after receiving the cheque, where Zahid gave him a one-month period for the repayment of the RM10 million loan.

Wasi said Zahid had not told him that the RM10 million loan would come in the form of a cheque from charitable organisation Yayasan Akalbudi, but said he had discovered this after checking the details of the Affin Bank cheque dated November 16, 2015.

Feeling responsible after being told that Yayasan Akalbudi’s funds were for the poor and orphan, Wasi said he had then resolved to repay the RM10 million along with the four per cent interest from the bank for the fixed deposit.

Wasi said he had made the repayment to Yayasan Akalbudi a month later from the loan, noting that these were via two cheques dated February 12, 2016 and issued under Armada Holdings’ CIMB account for the sum of RM10 million and also the four per cent interest amounting to RM69,722.65.

“I confirmed that these two cheques were personally signed by me. I also confirm that there are no black-and-white letter between my company and Yayasan Akalbudi that were signed regarding the repayment of this loan,” Wasi said.

Wasi said he had drafted a letter of appreciation to Yayasan Akalbudi dated January 29, 2016 to thank Zahid for the RM10 million loan and to speak of the intended repayment of RM10 million along with the RM69,722.65 interest, but said both he and Khalid as the witness did not sign this letter.

“This letter was also not forwarded to Yayasan Akalbudi as we felt there was no need to issue the letter as we had already repaid the loan,” he said.

Wasi confirmed that Armada Holdings which was formed on December 3, 2015 managed to register as a supplier with TNB Fuel, but failed to get the project due to other companies being more qualified.

According to Wasi, Armada Holdings had three directors including him, Mohamed Za’aba Abbas, and Muhammad Aazief Khalid, with Wasi holding 99 per cent of the company’s shares while another person held the remaining one per cent stake.

As for Khalid otherwise known as Datuk K, Wasi said he was merely his friend and did not have a position in the company. Wasi said both he and Khalid were the only ones that can sign Armada Holdings’ cheques.

The company which was formed to obtain TNB projects does not have any employees and has not obtained any projects from anyone including the government since its formation, Wasi confirmed.

When questioned by Zahid’s lawyer Datuk Rosal Azimin Ahmad, Wasi confirmed Zahid had no connections to Armada Holdings, but agreed that the company could not have raised the RM10 million without Zahid’s help in a short period when it was pursuing a December 16, 2015 deadline for a TNB Fuel project.

Wasi said that Armada Holdings had aimed to be the first 100 per cent-owned Bumiputera company to be a supplier of coal from Indonesia to TNB when it sought for the RM10 million capital.

Rosal Azimin also suggested that Khalid had long known Zahid since the latter was a deputy information minister, with Wasi agreeing and Zahid spotted nodding in the dock.

Wasi said that he did not know if Khalid had met separately with Zahid to discuss the RM10 million capital issue, but agreed that Khalid was the one who had conducted the discussions with Zahid in the first meeting.

In this trial where Zahid is facing 47 charges, the prosecution had said it would prove that Zahid had misappropriated RM31 million from Yayasan Akalbudi with the funds allegedly spent for other purposes and not benefiting the poor.