Tun Dr Mahathir Mohamad is conferred an honorary doctorate by Ankara Yildirim Beyazit University at the Council of Higher Education, Ankara July 25, 2019. — Bernama pic
Follow us on Instagram, subscribe to our Telegram channel and browser alerts for the latest news you need to know.
By ZURAIRI AR

The doctorate in political sciences and public administration was awarded in recognition of among others, his contribution to modernise and industrialise Malaysia in his previous term.

“Under his leadership, Malaysia was transformed from an agricultural country to a modern, industrial nation,” the university said in a statement.

In Malaysia, Dr Mahathir is deemed as the so-called Father of Modern Malaysia, in recognition of his previous 22-year term as prime minister.

He was presented with the doctorate by the Council’s president Prof M. A. Yekta Sarac, while his biography and justification of the decision was read by the university’s rector Prof Ibrahim Aydinli.

The university also said that Dr Mahathir was conferred with the award for establishing bilateral relations with Turkey, in addition to his important role in developing cooperation on regional and global issues.

AYBU was established in 2010, promising to be a breath of fresh air in the country’s higher education field. 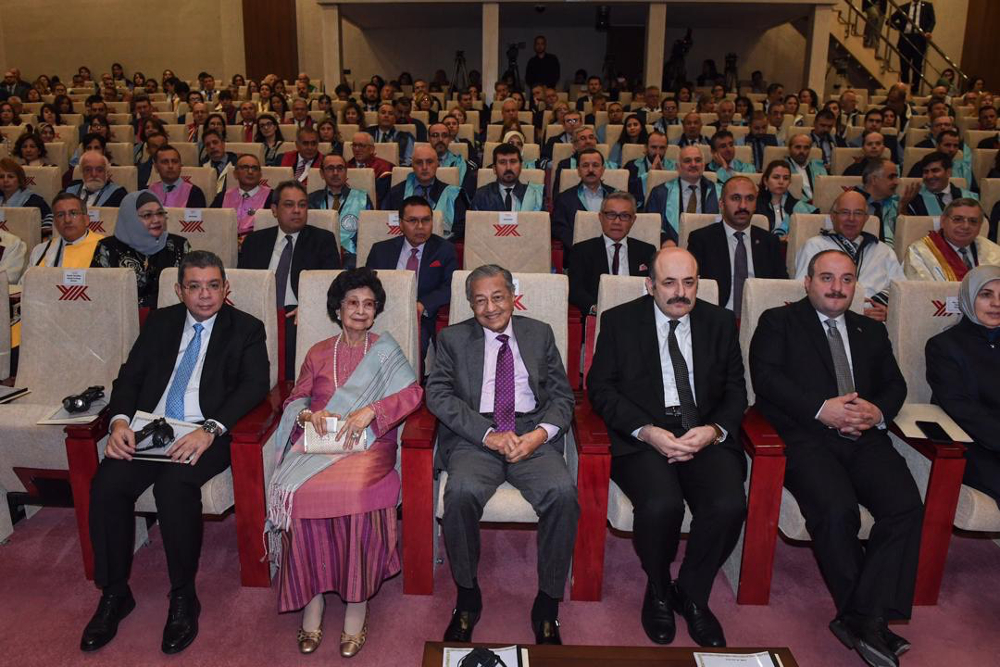