General view of Limkokwing University of Creative Technology in Cyberjaya July 12, 2019. — Picture by Choo Choy May
Follow us on Instagram, subscribe to our Telegram channel and browser alerts for the latest news you need to know.
By IDA LIM

In a statement of condolences, the private university said it learnt of Ewansiha’s death yesterday.

“The University was informed of his passing yesterday and we offer our sincere condolences to his family and many close friends.

“By all accounts Mr Thomas was a passionate and kind member of our community, respected by those lucky to meet him,” the university said in a statement made available to Malay Mail.

The university said Thomas was 33 and leaves behind a wife and two young children.

It said Thomas who was studying for a PhD in Management was a “beloved member” of its postgraduate centre, also describing him as an “inspired young man”.

“A request was made by a member of the Nigerian Embassy at 11.33am yesterday, to share Mr Thomas’ student records in order to confirm that it was him that lost his life while detained to verify a visa status.

“We immediately responded by making all files available to the Embassy,” it added. 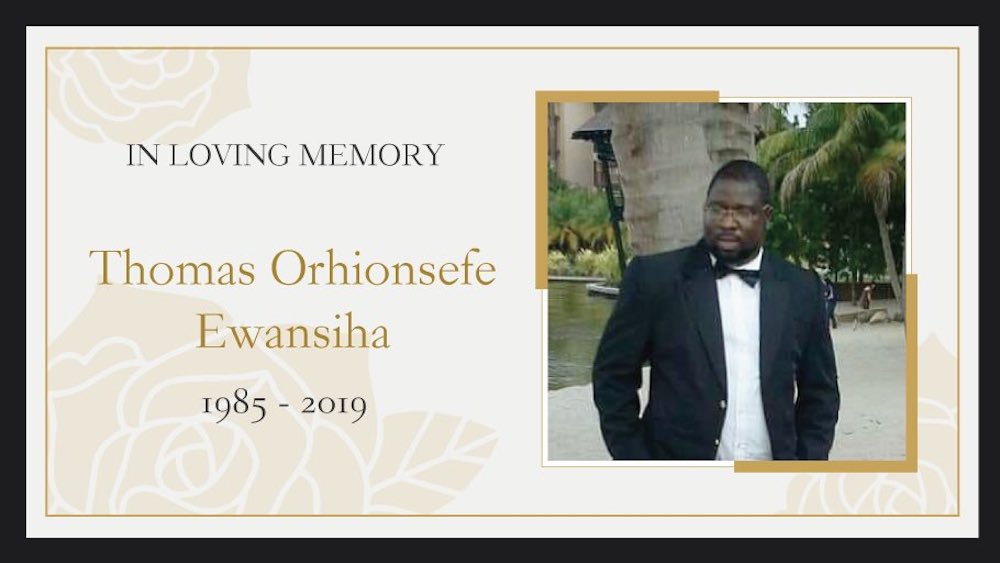 The in memoriam message tweeted by Limkokwing University of Creative Technology earlier today. — Picture via Twitter/LimKokWing_MY

The university said it understood that Thomas was detained on July 5 at a public place in Kuala Lumpur during a raid and that his “student visa was valid”.

“At this time, we have no further information.

“All at Limkokwing University wish to express our wishes of love and support to those affected. We are grateful for calm and understanding during this difficult time,” it said.

Earlier today, the Immigration Department of Malaysia confirmed that it had detained Thomas after he attempted to flee during a July 4 raid at Desa Aman Puri in Kuala Lumpur.

The Immigration Department said that he was detained for 14 days for further checks despite initial checks of his passport showing he had a valid student pass, as his actions in fleeing raised doubts on the authenticity of the student pass.

The Immigration Department said Thomas and others detained during the raid were placed at the Bukit Jalil immigration depot at around noon on June 5.

The Immigration Department said Thomas had at the start of his detention confirmed he was not suffering from any illnesses and was given medical attention for an old wound, adding that he and other detainees were treated well throughout their detention.

The Immigration Department said he was declared dead following a seizure in his sleep during detention despite medical attention and the calling in of an ambulance that also provided medical aid, adding that a full autopsy report is currently pending to determine his cause of death.

The Immigration Department said the officer on duty at the Bukit Jalil immigration depot was alerted at around 12.05am on July 9 by other detainees of Thomas’ seizure during his sleep, which was then followed by immediate medical treatment by a special treatment unit on duty, as well as further assistance from an ambulance that arrived at 12.30am before he was verified as dead.

Malay Mail had earlier contacted the Nigeria High Commission, but has yet to receive a response.