Attorney General Tommy Thomas speaks at the ‘Malaysia and Rome Statute’ forum at Universiti Malaya in Kuala Lumpur April 27, 2019. — Picture by Yusof Mat Isa
Follow us on Instagram, subscribe to our Telegram channel and browser alerts for the latest news you need to know.
By By Ida Lim

KUALA LUMPUR, April 27 — The Yang di-Pertuan Agong will not be charged or held responsible for any war crimes if Malaysia commits them after accepting the Rome Statute, Attorney-General Tommy Thomas explained today.

Thomas was rebutting arguments by those he termed as “fake news people”, who he said had caused confusion on the Rome Statute of International Criminal Court (ICC) with their false claims.

He explained the constitutional monarchy system that Malaysia practises, which he said meant that those who will be held accountable for Malaysia’s decisions relating to war would be the government instead of the King.

“The Yang di-Pertuan Agong is a constitutional monarch who must act on the advice of the elected prime minister who represents the democratic will of the majority of voters.

“So it’s a constitutional monarchy and we are a parliamentary democracy and the King must accept the advice of the prime minister except over very minor matters,” he told a forum today that was broadcasted live by Astro Awani.

“So for example, if war is declared, although the Agong is the supreme commander of the armed forces, the decision to go to war is always made by the prime minister and the Cabinet and the minister of defence.

“Operationally, it will be generals who run the war or the admirals if there is a navy involved.

“So if Malaysia commits war crimes in a war that Malaysia may enter into tomorrow, the people who may be vulnerable to an ICC prosecution would be the prime minister, Cabinet, minister of defence and the generals, but never the King because he is a constitutional monarch,” he said.

Thomas today pointed out that the Rome Statute was created following some of the world’s worst crimes such as genocide and the Holocaust that occurred in then Hitler-led Nazi Germany.

Thomas questioned the objection against Malaysia’s acceptance of the Rome Statute, noting that the four crimes criminalised by the treaty was very far removed from the “reality” of peaceful Malaysia.

“We have always been a peaceful country, so the crimes have got absolutely no connection to Malaysia. And in fact these offences do not exist in our statute books.

“These are not crimes under our laws because all the Parliaments before GE14 and all my predecessors in office did not require it to be legislated, because there was no need in Malaysian laws for non-existent crimes in Malaysia.

“What was all the fuss about Rome (Statute) for? What was the fuss? It’s just absolutely ridiculous,” he said.

Malaysia had on March 4 acceded to the Rome Statute, but Prime Minister Tun Dr Mahathir Mohamad on April 5 announced that the government was forced to withdraw its accession due to political pressure from opponents who spread unnecessary fear and confusion in public.

Responding to allegations that Malaysia’s Rulers would not be immune to prosecution in the ICC once the treaty is signed, Thomas pointed out that their legal immunity was long lost.

He noted that Article 181 of the Federal Constitution initially stated that the monarchs cannot be sued or charged in court, but that it was amended in 1993 to create a Special Court where the rulers can be charged or sue or be sued.

“That tells you that the Agong and Rulers are now since 1993 vulnerable to legal action both civil and criminal.

“Therefore, since 1993, they do not have immunity at all in our courts,” he said. 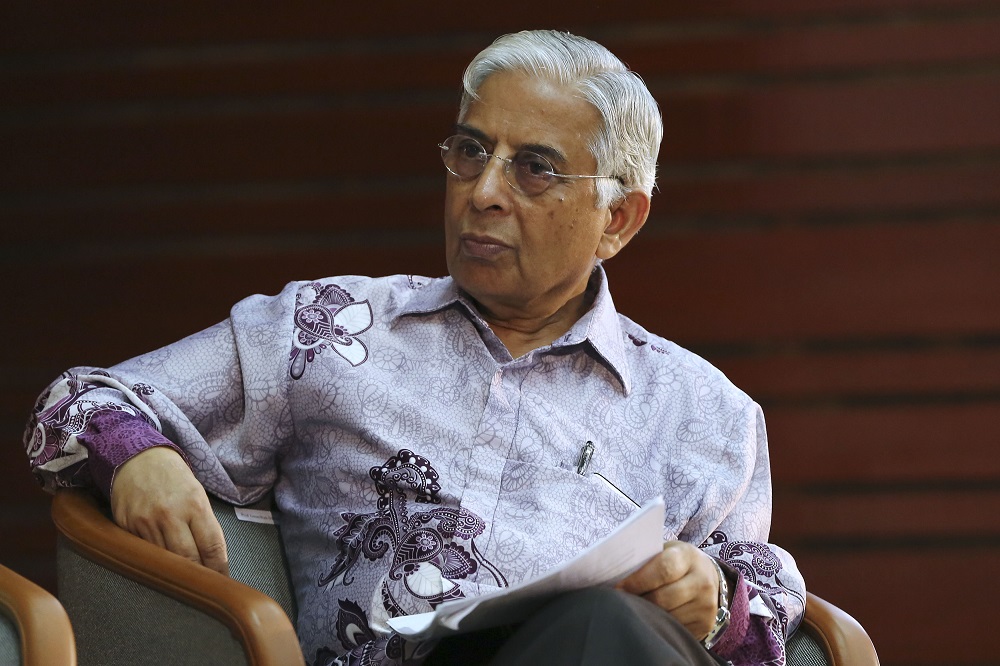 Fellow forum panelist Datuk Shad Saleem Faruqi pointed out that 14 other countries with a constitutional monarchy system had signed on to the Rome Statute without experiencing the same “false fears” that Malaysia has.

Among other things, Shad Saleem highlighted that the ICC only goes after the real culprits of mass atrocities instead of ceremonial or constitutional heads of state, also noting that the Agong is not operationally responsible for the armed forces.

The emeritus professor of law from Universiti Malaya also said this was not the first time Malaysia would have signed an international treaty that does not grant immunity to its Rulers or public officials, noting the Genocide Convention 1948 which Malaysia ratified in 1994 as an example.

Shad Saleem also said none of the nearly 100 international treaties signed by Malaysia has caused the country to be dragged to international courts.