Tan Sri Richard Malanjum has the distinction of being the first East Malaysian to be appointed as the country's chief justice, and is known for his many reforms during his brief tenure. ― Pix by Shafwan Zaidon
Follow us on Instagram, subscribe to our Telegram channel and browser alerts for the latest news you need to know.
By By Ida Lim

KUALA LUMPUR, April 13 ― Tan Sri Richard Malanjum retired as the country’s chief justice yesterday, but the Kadazandusun native has never forgotten his “kampung boy” roots in Tuaran, Sabah even after his elevation to the highest post in the judiciary.

Malanjum, who is exactly 66 years and six months old today, gives off a jovial and down-to-earth vibe at public functions. At work, he is fully no-nonsense.

Praised by the Malaysian Bar for heralding a new dawn for the judiciary during his all-too-brief tenure, Malay Mail recaps Malanjum's journey, where he made history many times in his 27-year career as a judge.

Malanjum was born on October 13, 1952 in Tuaran, Sabah, and is an alumnus of the La Salle Secondary School in the state capital Kota Kinabalu.

He later obtained a law degree in 1975 from the University of London as an external student studying at Universiti Teknologi MARA's (UiTM) predecessor Institut Teknologi MARA (ITM).

About 40 years down the road, Malanjum would as Chief Justice write the foreword for a book published by his former law lecturer Emeritus Professor Datuk Shad Saleem Faruqi. 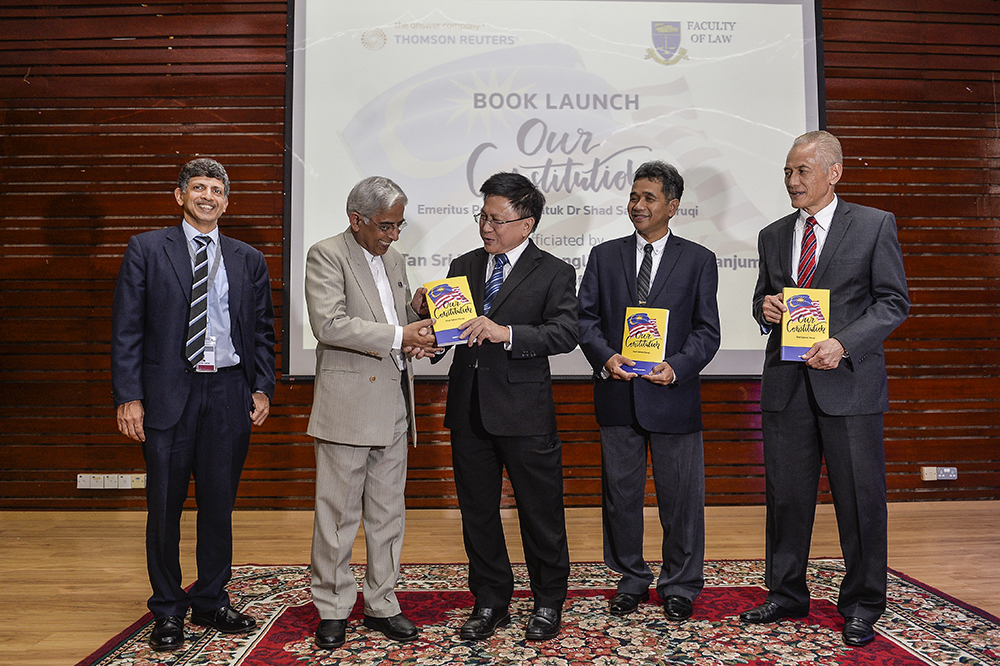 After obtaining his law degree, Malanjum served as a deputy public prosecutor for some years, before joining private practice in 1981.

In March 1992, Malanjum was appointed a judicial commissioner ―- a non-permanent position where one hears and decides on cases as a judge would do.

In 1993, he was appointed a High Court judge who served in the courts in several cities and towns in both Sabah and Sarawak.

Four reasons why Malanjum stands out as a judge:

After serving as a High Court judge since 1993, Malanjum was appointed a Court of Appeal judge in August 2002.

He was promoted to the Federal Court less than three years later in June 2005. His appointment at the age of 52 made him the youngest-ever judge then to sit at the country’s highest court.

Malanjum is also the first Sabah native to be appointed a judge in the High Court, Court of Appeal and subsequently the Federal Court.

Just slightly over a year after becoming a Federal Court judge, Malanjum was appointed on July 26, 2006 to be the Chief Judge of Sabah and Sarawak.

Malanjum was the first Sabahan to fill the post of Chief Judge of Sabah and Sarawak ― one of the top four judges in Malaysia's courts.

He again made history on July 11, 2018 when he became the first East Malaysian to be appointed the Chief Justice ― just nine months before he hit the constitutional age limit. (Under the Federal Constitution, judges retire at 66 years old, and may be allowed to serve an extension of six months after turning 66.) 2. A heart for the people

“In the context of access to justice, Justice Richard has the interest of the ordinary and poor people at heart, especially those living in the deep interiors of Sabah and Sarawak.

“Thus, as Chief Judge of Sabah and Sarawak he initiated mobile courts in these States so that the people living in remote areas would have access to legal services,” Hishamudin told Malay Mail.

(These cases usually involve Malaysians in rural areas who were unable to register their children's births within the 42-day period required under the law due to difficulties in travelling to the nearest town with such facilities, with the mobile court serving as a solution where a magistrate would check and verify the late birth registrations to allow them to enjoy full privileges like any other citizens.)

The mobile court initiative, which was introduced in 2007, sees court officials and staff conducting business at any available space such as the community hall or a school at the villages it visits, the Malaysian Judiciary's 2011 yearbook stated.

Instead of spending huge sums of funds on building courtrooms in places with a relatively low number of cases, Malanjum also introduced the concept of cost-effective mobile courtrooms via modified buses ― with the first of this starting operations in March 2011 as seen during its first visit in Donggongon in Penampang, Sabah before subsequent expansion within the state and to Sarawak.

In January, Malanjum urged universities and senior lawyers to train law students and junior lawyers, while also calling on law graduates to provide free legal aid to the needy.

“Hopefully the fresh graduates will take up as many pro bono cases as possible because by taking up cases pro bono, not only are you helping but you are also helping yourselves in learning the skill.”

In fact, in his parting words prior to his retirement, Malanjum was reported by national news agency Bernama as saying: “To all my fellow judges, give your best, expect nothing! As for me, I will continue to help the unfortunate and marginalised in whatever way possible.” 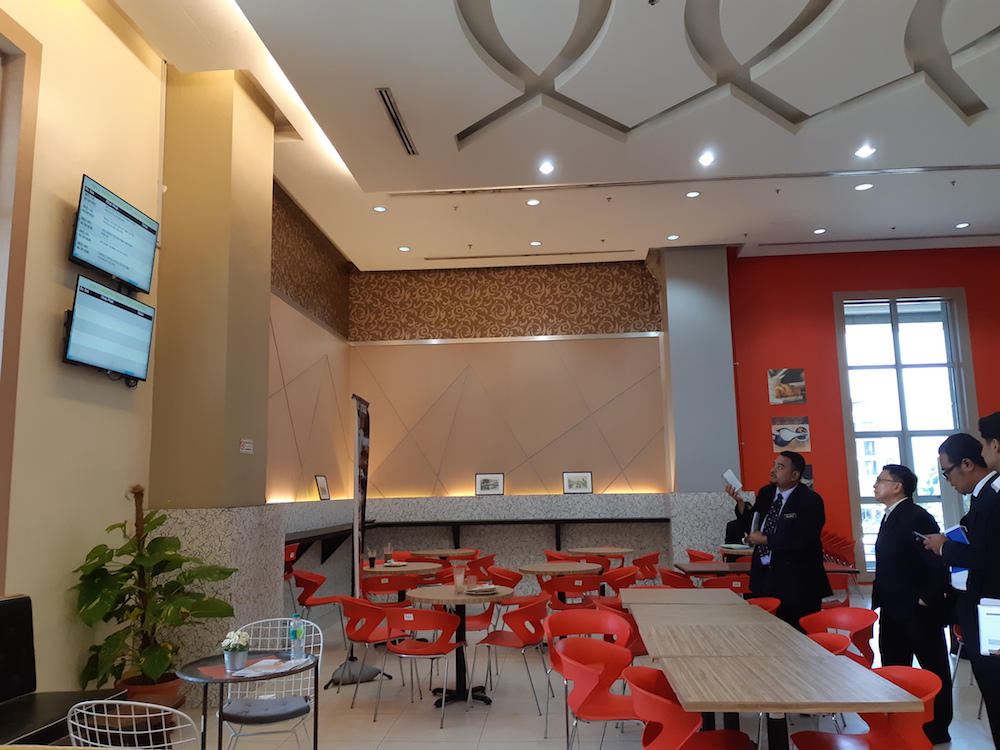 The list of reforms under Malanjum's nine-month leadership as Chief Justice is really long, including changing the top-down approach to a collective management approach where the top four judges jointly make decisions relating to the running of the judiciary.

To avoid any perception of bias especially in high-profile court cases where in the past the Chief Justice has the privilege of selecting judges to hear cases, e-balloting was introduced where a software now randomly chooses judges to form panels at the Federal Court.

Under Malanjum, panels of seven judges have been formed to hear cases of public interest such as in appeals related to bin Abdullah matters and in former prime minister Datuk Seri Najib Razak’s case; while panels of nine judges have also been convened for matters of Constitutional importance.

Malanjum had also said cases that originated from the High Court in Sabah and Sarawak will have to be heard by a panel with at least one judge from East Malaysia when it goes on appeal to the Court of Appeal and Federal Court.

Retired Court of Appeal judge Datuk Mah Weng Kwai had even compiled a list of the reforms since Malanjum took over the office of Chief Justice. 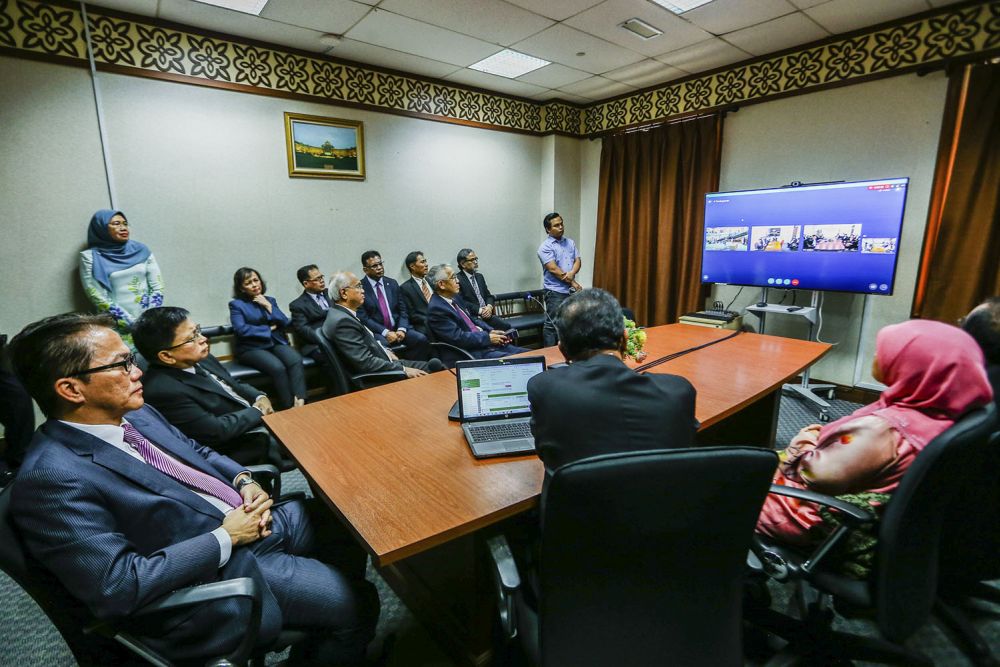 Datuk Liew Vui Keong (left) and Tan Sri Richard Malanjum (second from left) at a demonstration of the video conferencing service in the Kuala Lumpur court complex where lawyers for a case do not have to be physically in the same courtroom. March 12, 2019. — Picture by Hari Anggara

Malanjum continued to show a knack for implementing unbelievably simple yet practical and innovative solutions to make work more efficient for the courts and lawyers, extending earlier efforts to transform the court process in Sabah and Sarawak ― from manual to an award-winning IT-based system ― over to peninsular Malaysia.

Just like in Sabah and Sarawak, Malanjum introduced the e-review system in the peninsula where lawyers can skip having to brave traffic to go to the courts just to do case management ― which could be only a brief few minutes just to get hearing dates or update the court on pre-trial matters ― but do it online instead.

Video-conferencing was also recently introduced in the peninsula to save lawyers time and money that would otherwise be spent travelling to courts in different cities or different states, such as lawyers travelling from Kuala Lumpur to Penang or Shah Alam or vice versa (under the first phase).

He also introduced the Queue Management System at the Palace of Justice, where lawyers and the public waiting for their cases to be heard at the Court of Appeal and the Federal Court can view real-time updates on the cases ― such as whether it will be heard soon or if other cases in the same courtroom are being heard first ― at strategic places there such as the court cafeteria.

This is after all the judge who goes on the ground to solve problems, such as once leading about 200 court officials and staff to do a “gotong-royong” to clean up the Kuala Lumpur court complex during a brief strike by cleaners there over wage issues by the contractor. (The issue has since been resolved).

Malanjum had also hinted at plans for further adoption of technology ― such as providing a data-driven system to guide judges in deciding on the appropriate sentences for convictions for the same offences to reduce disparity in the punishments handed out, as well as auto-alert systems to remind lawyers of deadlines to file court documents and to remind judges of pending court judgments.

Malanjum is of course also known for his staunch defence of the Federal Constitution as seen in his judgments in several landmark cases, which will be covered in Part III of Malay Mail's recap of the highlights of his career as a judge.

Click to read Part I ― Malanjum: Malaysia's CJ with shortest tenure, but long on reforms