Latheefa Koya, a lawyer in two of the cases, said the Federal Court today informed lawyers that the panel for the five cases will involve nine judges. — Picture by Azinuddin Ghazali
Follow us on Instagram, subscribe to our Telegram channel and browser alerts for the latest news you need to know.
By By Ida Lim

PUTRAJAYA, July 17 — Nine Federal Court judges will be hearing cases as a panel for the first time in history, which will be when they preside over five citizenship cases involving five stateless individuals born in Malaysia next month.

Latheefa Koya, a lawyer in two of the cases, said the Federal Court today informed lawyers that the panel for the five cases will involve nine judges.

“The deputy registrar of the Federal Court Puan Sherin Jeli fixed for case management today to inform that in light of the CJ’s directive that a nine-judge panel to hear constitutional matters, therefore they have vacated the earlier fixed dates on July 23 and 24 and re-fixed hearing on August 30,” she told Malay Mail when contacted today.

The five cases had previously been postponed several times before being fixed for hearing in May, which was then rescheduled to June. But it was deferred to July 23 and July 24 as the Attorney General’s Chambers had to seek fresh instructions from the Home Ministry.

On July 12, Tan Sri Richard Malanjum who was appointed Chief Justice of Malaysia just a day earlier had announced various reforms, including a proposal for the empanelling or selection of judges for Federal Court panels to be done via balloting.

Malanjum had said that cases of constitutional importance would be heard by a panel of nine judges, namely the top four in the judiciary and five other Federal Court judges that would be selected via balloting.

Malanjum had also said applications for leave to appeal at the Federal Court will continue to be heard by three judges selected via balloting and subject to the availability of the most senior judge available, while cases that originated from the High Court in Sabah and Sarawak will have to be heard by a panel with at least one judge from east Malaysia when it goes on appeal to the Court of Appeal and Federal Court.

The empanelling of seven judges at the Federal Court is relatively rare, but it has happened before.

Latheefa today told Malay Mail that an example of a panel of seven Federal Court judges was in the Malaysian Bar's challenge against the appointment of then Chief Justice of Malaysia Tun Md Raus Sharif and then President of Court of Appeal Tan Sri Zulkefli Ahmad Makinudin.

The duo has since vacated their office and their replacements have been appointed last week, but the decision has yet to be delivered. 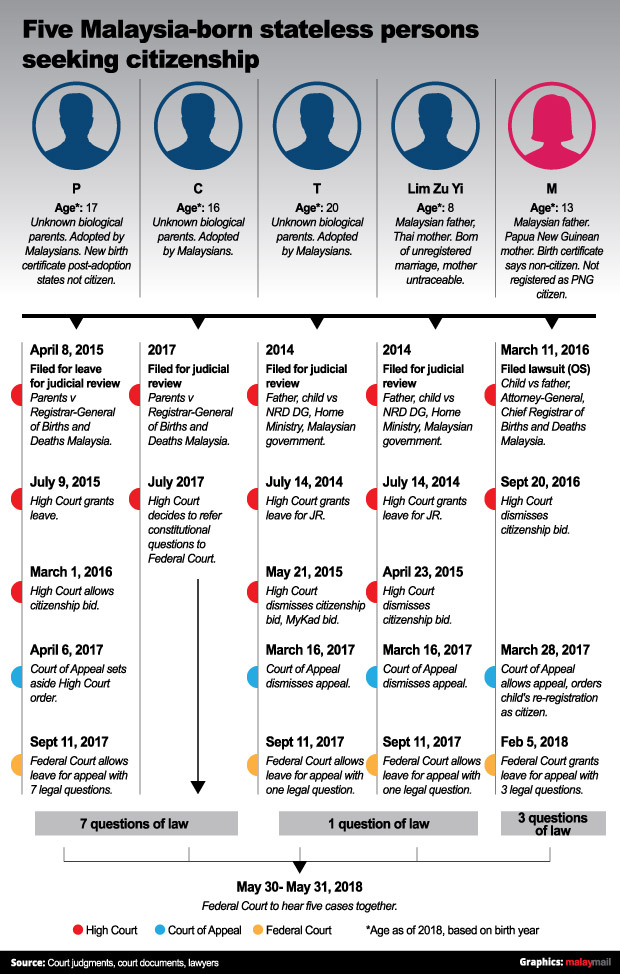