Amid workers’ strike, judges and staff roll up sleeves to scrub courts clean

Chief Justice of Malaysia Tan Sri Richard Malanjum (right) monitoring court personnel during the ‘gotong-royong’ at the Kuala Lumpur Court Complex in Jalan Duta, July 29, 2018. ― Pictures by Azneal Ishak
Follow us on Instagram, subscribe to our Telegram channel and browser alerts for the latest news you need to know.
By By Jerry Choong

KUALA LUMPUR, July 29 — Over 200 judiciary personnel came together at the Kuala Lumpur Court Complex here this morning for a “gotong-royong”, or to clean together the building after cleaners went on strike over unpaid wages.

Divided into 14 stations, they quickly went to work cleaning all eight floors of the complex at around 10am, and finished just after noon.

Among the tasks carried out included cleaning toilets, sweeping and mopping the floors and corridors, emptying garbage bins and pails and disposing its contents, and wiping windows and glass doors. 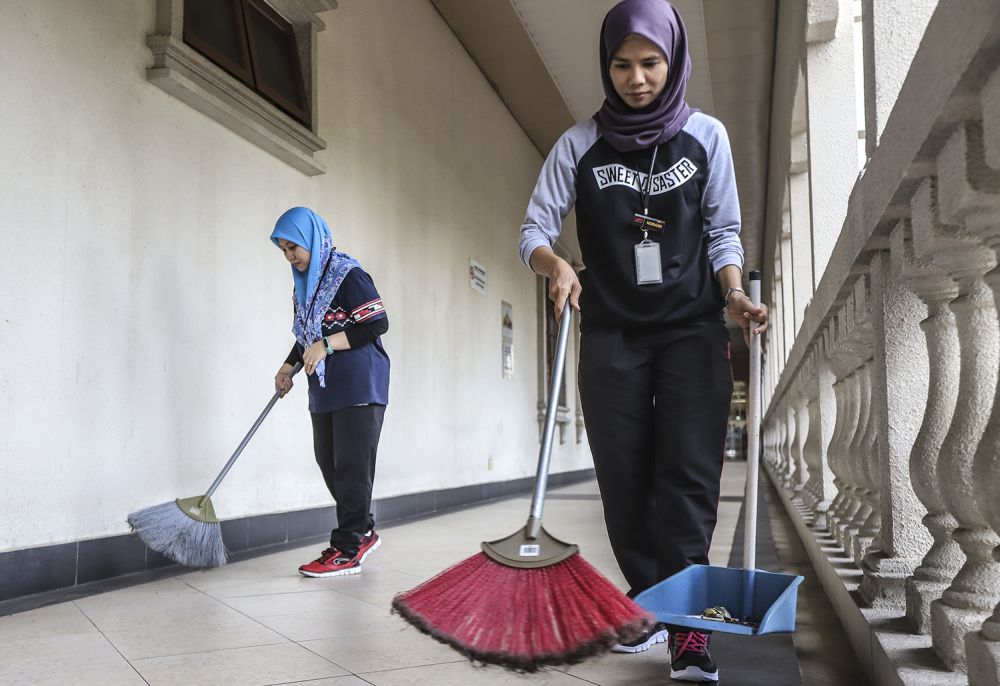 “We managed to do the job within three hours.. Thanks to the efforts of the personnel who participated in the ‘gotong-royong’, the complex is now much cleaner,” she said.

On Friday, the New Straits Times reported that around 20 cleaners have refused to continue their services after alleging they have not been paid their regular wages.

Court staff including members of the judiciary have been forced to clean their own facilities such as restrooms.

It is understood that the 20 cleaners begun their strike as early as the fasting month of Ramadan, after which they resumed work upon being paid their wages shortly before Aidilfitri. However failure to be paid again resulted in another strike.

The Kuala Lumpur Courts Complex is home to the High Court, Sessions Court, and Magistrates’ Court. 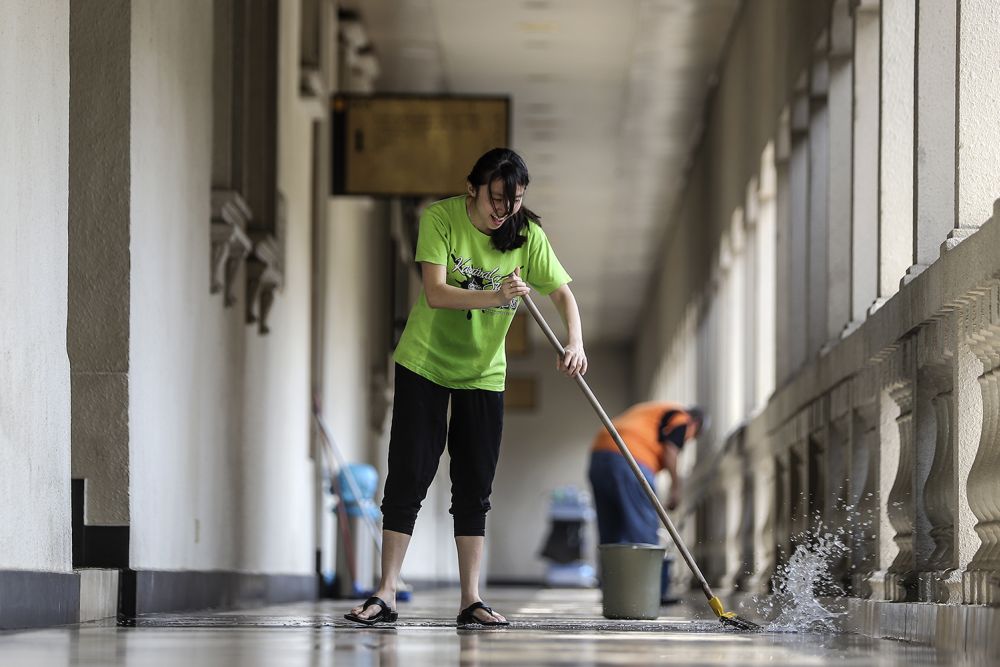