Malaysia stagnant in broadband affordability, even as some regional neighbours improve

KUALA LUMPUR, Nov 6 — The status of broadband internet packages affordability in Malaysia remained unchanged from last year, even as neighbouring countries in the regions experience varying changes to their rankings.

The Worldwide Broadband Price Comparison for 2018 conducted by analytical company Cable.co.uk revealed that Thailand ranks as the first in the Asean region with the cheapest broadband packages, followed by Myanmar and Malaysia.

Meanwhile, Laos has the most expensive broadband package prices in the region. This was followed by Brunei and Vietnam.

However, Brunei has moved 20 spots upwards from 193rd place last year to 173rd this year, while Laos remains unchanged. 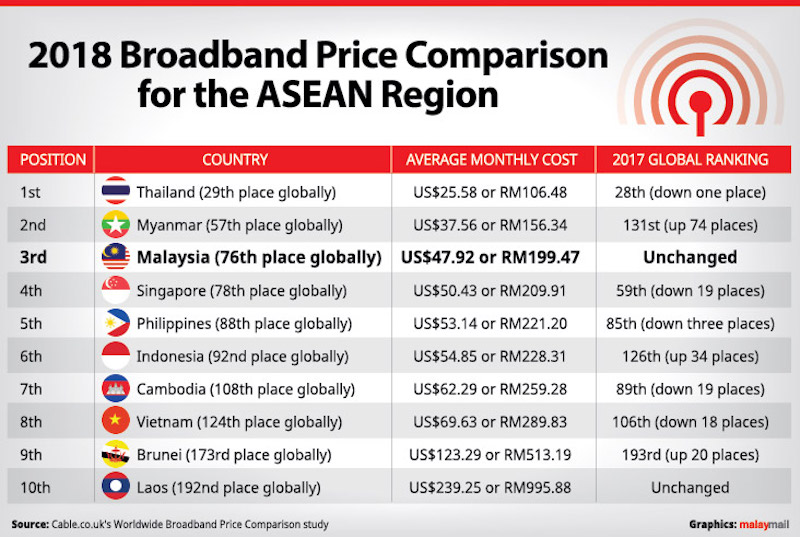 The remainder of the Asean countries have seen their affordability rankings take a dip this year compared to last. Singapore has dropped from 59th to 78th place this year, where broadband packages cost an average of US$50.43 (RM209.91) per month.

However the study also notes that it has the best value in the world at US$0.03 (RM0.12) per megabit.