Fuel prices up across the board at midnight

KUALA LUMPUR, July 12 — Pump prices for both grades of petrol as well as diesel will rise at midnight tonight.

According to Putrajaya’s weekly price announcement, RON95 will increase by 4 sen to RM1.97/L while RON97 will climb by 3 sen to RM2.22/L.

The prices were announced by the Domestic Trade, Cooperatives and Consumerism Ministry as part of the weekly price-setting structure that it said would be maintained for the time being.

Putrajaya began the weekly announcements for the ceiling prices of fuel on March 29, after it discarded the monthly managed float system. 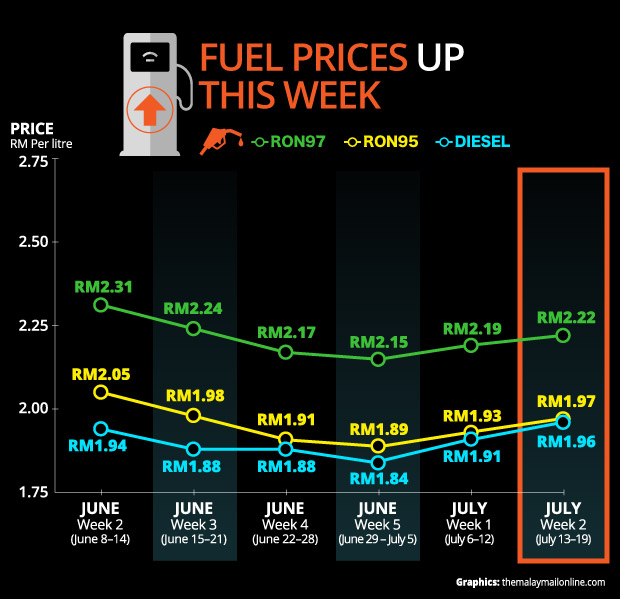