FMM Penang branch vice chairman KK Hun said all manufacturers under FMM are supportive of the the Penang Transport Master Plan that will bring more connections to the state and mainland. ― Pictures by KE Ooi
Follow us on Instagram, subscribe to our Telegram channel and browser alerts for the latest news you need to know.
By By Opalyn Mok

GEORGE TOWN, Feb 27 ― The local chapters of the International Real Estate Federation (Fiabci) and Federation of Malaysian Manufacturers (FMM) today defended the Penang Transport Master Plan (PTMP), saying the proposal was needed for the continued development of the state.

Representatives from both organisations said the plan should not be judged solely on the environmental impact to the state, but on the overall advantages it could offer the state.

FMM Penang branch vice chairman KK Hun pointed out that a side benefit of the land reclamation for the project would be more available land for industry and housing in the state.

“There are costs to everything but the benefits of implementing this project far outweighs the costs,” said

“We need to go forward and this project will be the one to bring the state forward,” he said. 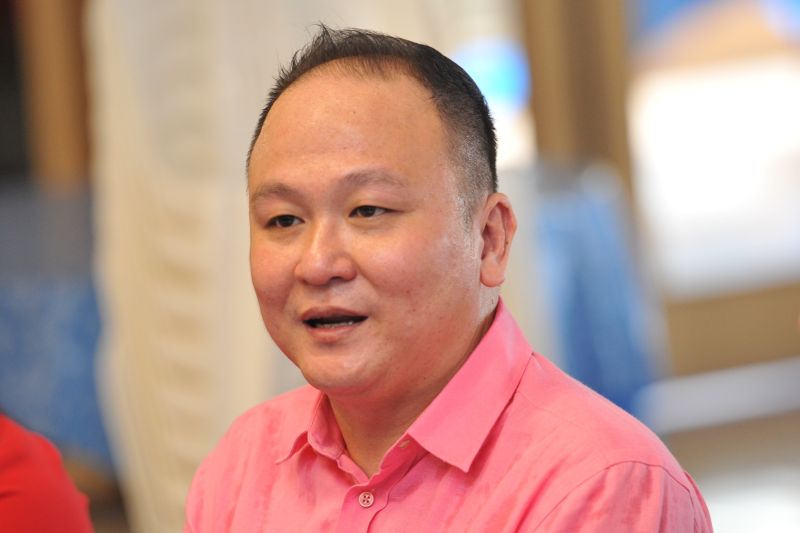 While Hun agreed that the state must consult the public further on the proposals in the project, he said the overall plan was sound and good for the state.

Among others, he said the proposed light rail transit line would improve connectivity to the free industrial zone area.

“Perhaps they may consider locating the stations where there is dense population and enough space for car parks so that people can park there and use the LRT,” he suggested.

“So I am speaking for all members in FMM and we are supportive of this project,” he said.

Both men agreed that the massive RM27 billion infrastructure project would benefit the prosperity of the state and its residents.

“We should put politics aside, we are not taking anyone's side but voicing our support for this project because we see the long term benefits of it for the state,” they said.

The project has received steady criticism from environmental NGOs and fishermen, especially on its proposed south reclamation scheme (SRS) off Permatang Damar Laut that was meant to fund PTMP.

The SRS includes the creation of two man-made islands off the coast — one about 2,000 acres and the other, 1,300 acres — and another island covering 800 acres later.

Penang opposition leaders, some NGOs and fishermen have cited environmental impact as one of the reasons for opposing it.

The SRS Consortium is the project delivery partner appointed to implement the PTMP, but no contracts related to the whole PTMP project have been signed as it is still pending relevant approvals.

Currently, two full sets of the tender documents for the PTMP is on public display at Dewan Sri Pinang.

This is after repeated calls for the state to make the documents public.

The documents are only on display until tomorrow after it was extended a further 11 days from February 17.