Ethan Tang (left) and Aaron Leow, the people behind Jackal X, pose with 'Joel Hagan', one of two prototype figures. ― Picture by KE Ooi
Follow us on Instagram, subscribe to our Telegram channel and browser alerts for the latest news you need to know.
By By Shazwan Mustafa Kamal

KUALA LUMPUR, Jan 22 — Are you one of those people who thinks only kids collect action figures?

Then you have to talk to Penangites Ethan Tang and Aaron Leow who would know a thing or two about action figures or “toys” (some collectors hate this word).

For a good six years, the duo have been running Toypanic, a store in Penang selling collectibles from all over the world.

Collecting toys can be an expensive hobby, depending on individual tastes. Normal figures can cost anywhere between RM150 to RM400, while the 12-inch ones by licensed toy companies like Hoy Toys can run up to RM2,000 a pop.

“We are pretty much toy lovers, we started when we were young in primary school, and I guess this passion stayed with us. Our love for movie characters, cartoons is something which goes hand in hand with toy collection,” 39-year-old Tang told Malay Mail Online in a recent interview.

Both Tang and Leow worked a good 15 years previously as a product engineer and salesperson respectively before realising that they never quite grew out of that phase of collecting figures. And just like that, in 2010 they quit their jobs to focus on Toypanic. 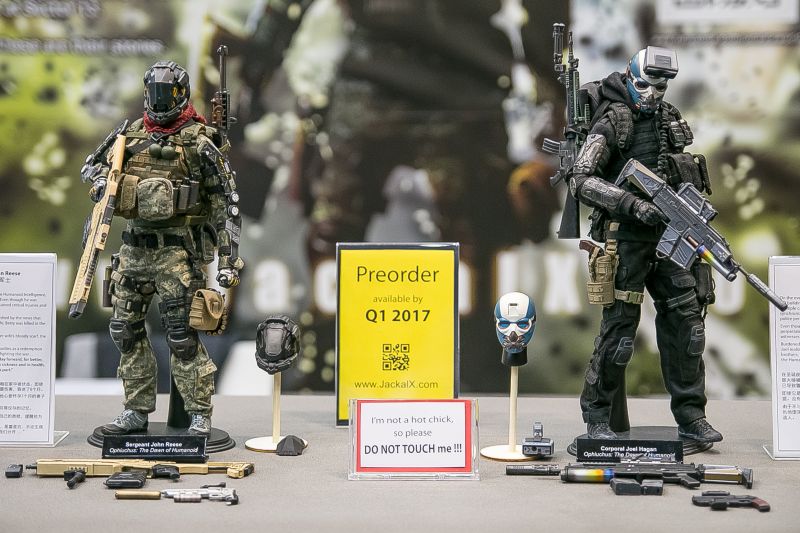 But while some would be content with just selling collectibles, both Tang and Leow wanted more — to be the first in Malaysia to create their own 12-inch or 1:6 scale action figure line.

“With Toypanic, we were bringing in some of the products from overseas to Malaysia and we realised that there were some genres and themes that we liked but did not see much of in the (figure) market.

“That got us thinking, why can’t we offer new categories of figures to collectors?” Tang said.

It took Tang and Leow more than a year to come up with the initial theme, art and design concept for the “Jackal X” action figure line, which they did with the help of Malaysian freelance designers and some from US and Russia.

“We had these ideas that we wanted to do, our own toys, but in the beginning, we had no idea how to proceed,” Tang explained.

And in Jackal X, the duo’s love for and homage to sci-fi games and movies like the Edge of Tomorrow and Call of Duty is evident, as their two prototype figures — John Reese and Joel Hagan — come from a post-apocalyptic universe called Ophiuchus: Dawn of Humanoid. 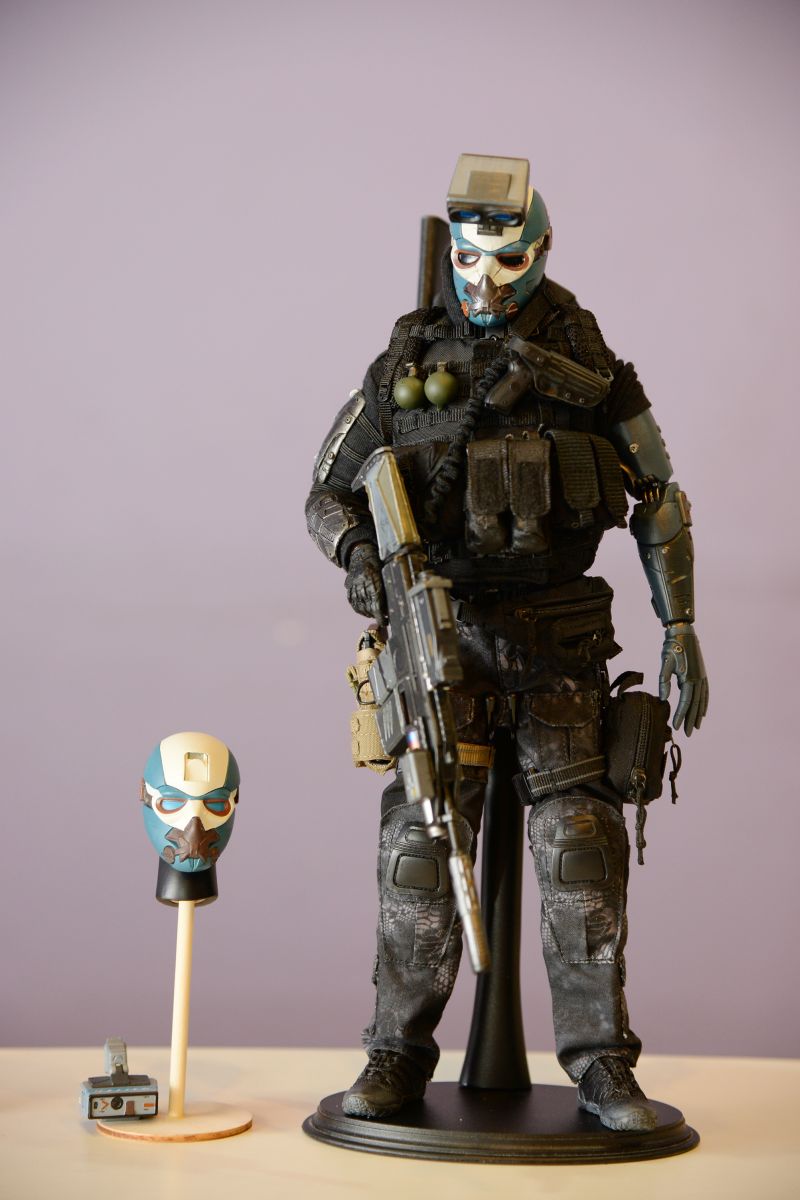 'Joel Hagan', a soldier in a post-apocalyptic world. ― Picture by KE Ooi

In this alternate reality, aliens invaded Earth during World War II and eventually took over, capturing humans who were then used as surrogate hosts for the aliens to “breed.”

Tang believes an elaborate backstory to the characters will help pique the interest of collectors as well as explain their unique military outfits and weapons.

“We wanted a futuristic military feel, but not too futuristic to the point where collectors can’t relate or identify with the figures,” he explained, saying that they wanted to pit their creations against heavyweights of the action figure industry like Hot Toys, Dam Toys and Art Figures.

Jackal X’s action figure line may not be ready for production just yet, but the two prototype characters made their debut last year at Hong Kong’s ToySoul convention, an annual exhibition event for companies and manufacturers to present their latest products and designs.

“In terms of reception, it was pretty positive, a couple of manufacturers approached and asked us whether we were interested in collaborating with them. We’re open to that idea but did not promise them anything,” he said.

But the main challenge facing Jackal X is funding, as Tang and Leow have been unsuccessful in obtaining small and medium enterprise loans from banks, the Penang government or the federal government.

“Everything is out of our own pocket. I did approach some funding platforms like Cradle for funding but they are more into IT or social media platforms. 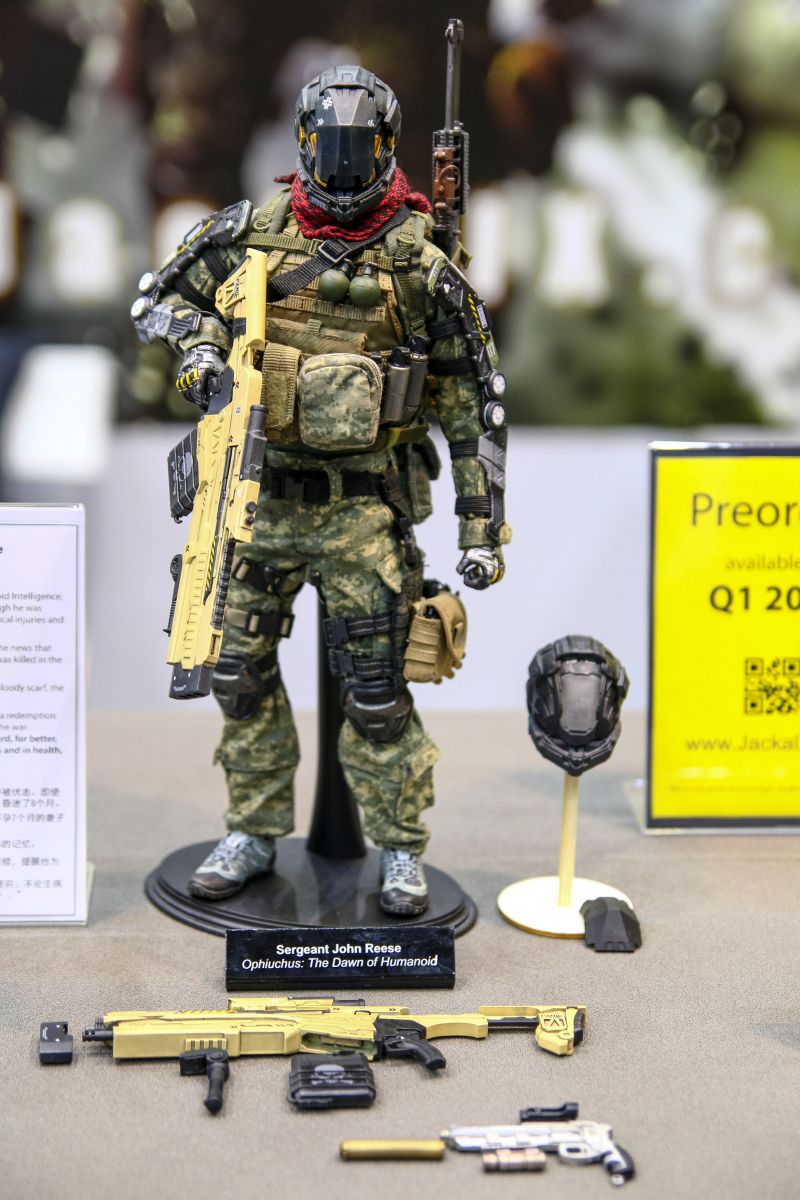 “What we want to do, our ideas are not really start-up friendly, it’s not something the state or federal government wants to invest in,” Tang said, referring to Cradle Fund Sdn Bhd, an agency under the Ministry of Finance that helps with IT, biotechnology and life sciences start-ups.

“I don’t blame them either. I guess in order for them to help with funding, they need to see some history, some success of some of the products we want to make, and in our case it has never been done before,” Tang added.

He said they are currently waiting for a quotation from a factory in China on how much it would cost to manufacture the figures.

Due to financial limitations, Tang said they would have to decide soon on whether to mass-produce the figures or to make them in smaller, limited quantities.

“This is a dilemma for us, if we do a limited edition... it will be very expensive and we might have to forgo some aspects of the figures, like the ability to take apart the guns and weapons.

“But if we mass produce it, we need to make sure that collectors will purchase them,” he said.

But Tang quickly added that there was no backing out of it now as they had invested a lot of time, energy and resources to make the Jackal X figure line a reality.

“Singapore has their own toy companies, even in Indonesia, they produce their own figures, so why can’t we do this in Malaysia? We’re not lacking in terms of local talent.

“So, for Jackal X, this is what we are trying to do… call it being patriotic, but we are the first company in Malaysia to do this… like jumping out of a plane with a parachute and only figuring out how to use the parachute after we jump,” Tang said, laughing.