KUALA LUMPUR, Oct 8 — Datuk Ibrahim Ali was not hauled to court over his alleged threat to burn Malay-language bibles used by Christians as the police had concluded that the Perkasa president was merely defending Islam, de facto law minister Nancy Shukri said.

In a written parliamentary reply to DAP’s Bagan MP Lim Guan Eng, Nancy said yesterday that a police probe had found that Ibrahim’s statement was directed at individuals who had purportedly distributed bibles containing the word “Allah” to students, including the Malays, at Penang’s Sekolah Menengah Kebangsaan Jelutong.

“The statement made by him was not intended to menimbulkan kekecohan agama (create religious chaos) but was only to defend the sanctity of Islam,” the minister in the prime minister’s department said when describing the police’s findings.

“Therefore, no prosecution was carried out,” she added.

Nancy, who was replying on behalf of the prime minister, did not specify the content of the statement that Ibrahim had made.

In his parliamentary question yesterday, Lim asked the prime minister to state why the Perkasa president was not charged over his alleged threat to burn Malay-language bibles.

Section 298 is the offence of uttering words with deliberate intent to wound the religious feelings of any person, and comes with a punishment of up to one year’s jail term or a fine or both.

Critics have often pointed to Ibrahim Ali’s case when claiming that the government was practising selective prosecution by targeting opposition politicians or activists.

In the same question yesterday, Lim had also asked the number of sedition cases that were initiated by the government in the last few years.

Nancy replied that there was one case brought under the Sedition Act 1948 for both the years 2009 and 2011, while eight cases were brought in 2013 and 12 cases for the period of January to September 2014.

Lim had also asked when the government would repeal the Sedition Act — which the prime minister had in July 2012 promised to abolish and replace with the proposed National Harmony Act.

In her reply, Nancy said Putrajaya’s 2012 decision to replace the Sedition Act was due to the desire to strike a balance between the constitutional right to free speech and the need to handle the complexities of a plural society.

But Putrajaya is mindful of feedback by various groups over the Sedition Act’s repeal, with the prime minister saying this September 12 that a full consultation with all interested parties will be carried out, she added.

“After that consultation process has been carried out, only then will the government determine the direction that will be taken in relation to the Sedition Act 1948,” she said.

She also reiterated the government’s stand that Malaysians will still be charged under the Sedition Act as it is still in effect and has yet to be repealed. 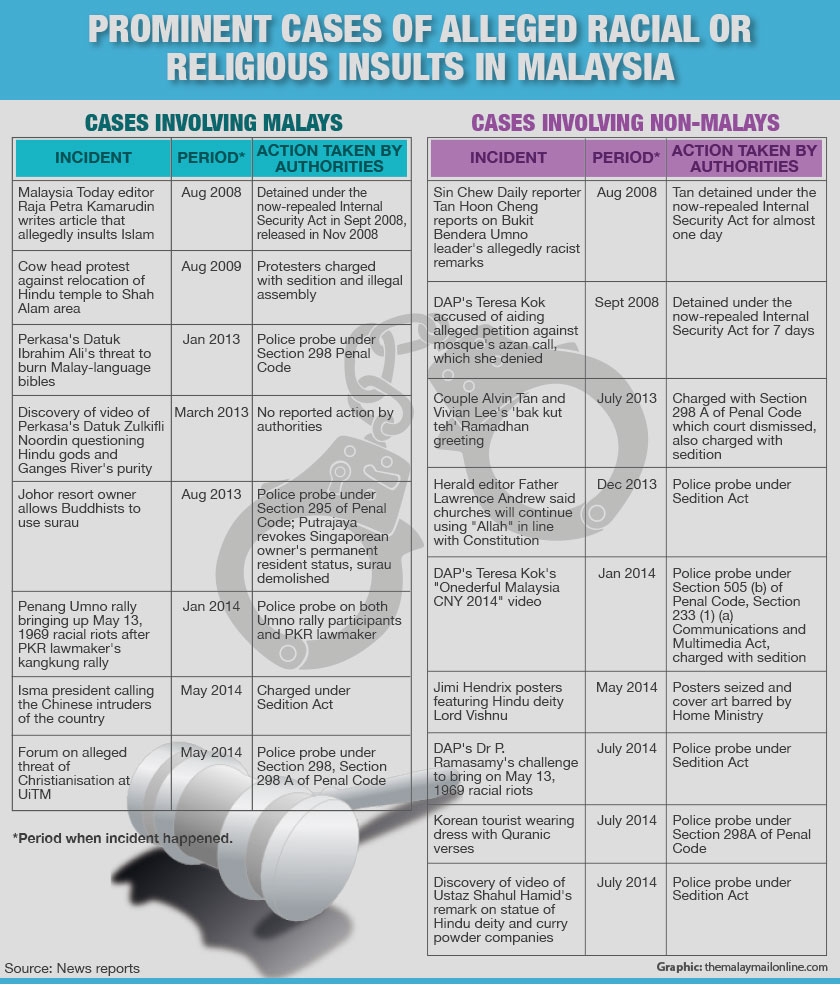