Before sunrise: Enter a magical realm at Cathedral Cove, a hidden piece of Narnia in New Zealand

COROMANDEL (New Zealand), May 14 — It feels surreal as we make our way to the cave, our footsteps gently sinking in the soft sand. The sky is slowly turning brighter, from pitch black to a dreamtime blue.

We see the island, the rock rising from the sea, a sentinel framed and silhouetted like a frozen Venus emerging from foam and fantasy.

Finally, we nod to each other... we have arrived at Cathedral Cove.

Its elegant name somehow acknowledges that our successful trek is in itself a minor blessing. No tripping, no nasty falls, and the sun has yet to rise. We have reached just in time.

We had begun our hike almost an hour earlier, from the car park at the end of Grange Road in Hahei.

Located on the Coromandel Peninsula in New Zealand, the village of Hahei is famous for its charming beach lined with pohutukawa trees. 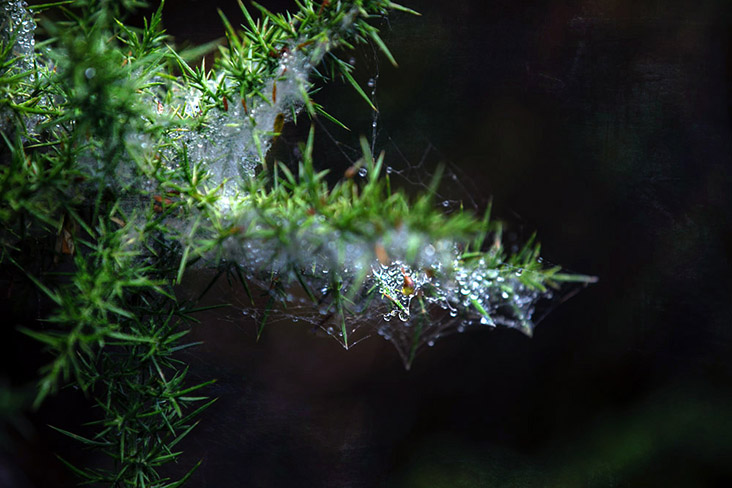 Cobwebs and dewdrops in the forest in the early hours of morning.

This is the shortest and fastest way to Cathedral Cove, so named because of the limestone arch that dramatically divides a white sand beach into a pair of secluded coves.

Stand beneath the arch, and it feels like a cave with a stunning view of the bay.

Shortest, but we aren’t sure that it’s truly the fastest as we walk down from the carpark into the trees in darkness.

Not complete darkness though. The sky is a mischievous devil blue. The witching hour, surely? We can barely see a few steps in front of us but as they say, that’s all you need if you’re taking it slow.

Step by step, we descend. Sunrise in less than an hour and we hope to catch it.

The ghostly brush of giant ferns against our faces. The calls of unfamiliar birds — oh, but when have bird calls ever been familiar to us city folks? — the only signs of life other than ours. 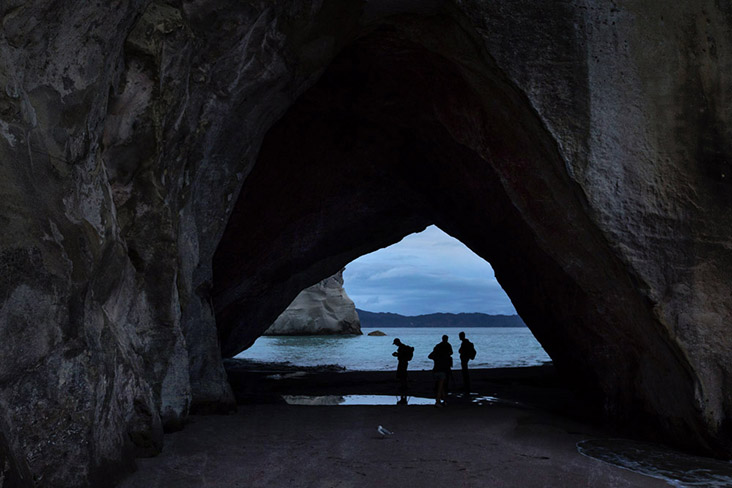 Silhouettes of other visitors to Cathedral Cove, waiting to catch the sunrise.

We are reminded of a similar descent we made a few years ago in Bergen, walking down Mount Fløyen after sunset. Then we were navigating the dusty shadows of conifers, spruce and pines imported from centuries prior, into the humming web of city lights. The warmth of the day slowly dissipating into the cool of the evening.

The hours are reversed now; it’s the early hours of morning as we enter a coastal forest. We are surrounded by strange, beautiful trees with Māori names that dance in our imagination: kauri and puriri, rewarewa and pohutukawa.

We can barely see anything.

Just the hiss and chatter of branches, the song of invisible birds, shadows slowly giving way to morning light. Enough that we can just make out the cobwebs stretching across leaves and fresh dewdrops hanging from them.

So when we finally arrive at the cove, we feel as though we have passed through some unearthly gate into another realm. The colour of the sky is still surreal. The rumble of the waves. And the view of the islands through the cave, the arch.

The scene before us evokes another: that midnight, starry beach from Danny Boyle’s backpacker fever dream, The Beach. Kafkaesque. Trance-like. Magical.

Apparently others have agreed with the otherworldly part; we would later discover that we had, in fact, seen Cathedral Cove before, at least on the screen.

It was employed as a fantastical tunnel in the 2008 film The Chronicles of Narnia: Prince Caspian, through which the heroic Pevensies enter Narnia once more. (Aye, we have passed through some unearthly gate into another realm.)

That’s the appeal of travelling in New Zealand, we suppose: you never know when you might wander into a hidden spot that has been featured in one of The Lord of the Rings films or the prequel trilogy, The Hobbit. 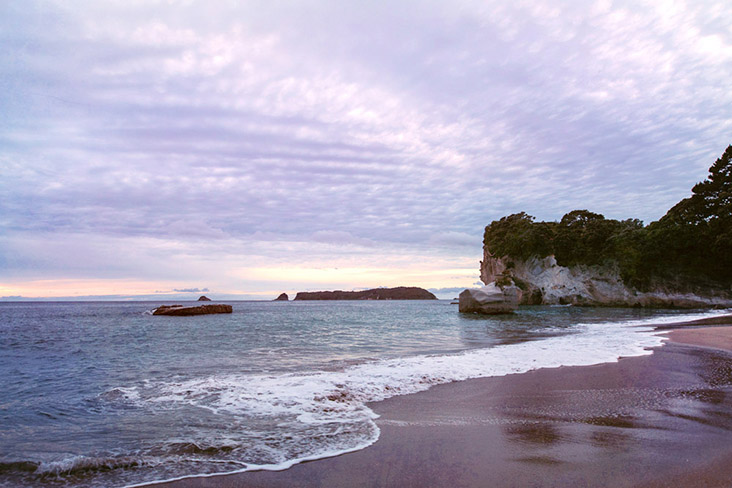 A large wave splashes over us without warning, pulling us out of our reverie. The tides turn treacherously. Our shoes and the ankles of our jeans are soaked.

We laugh, breaking the silence. We must have been holding our breaths all this time. We exhale. Then inhale, as we receive this sacred memory for safekeeping. This small moment of grace.

Soon, we observe the silhouettes of other visitors to Cathedral Cove. They, too, are waiting to catch the sunrise. Everyone is quiet, conversing only in the barest of whispers. No one wants to spoil this precious moment. 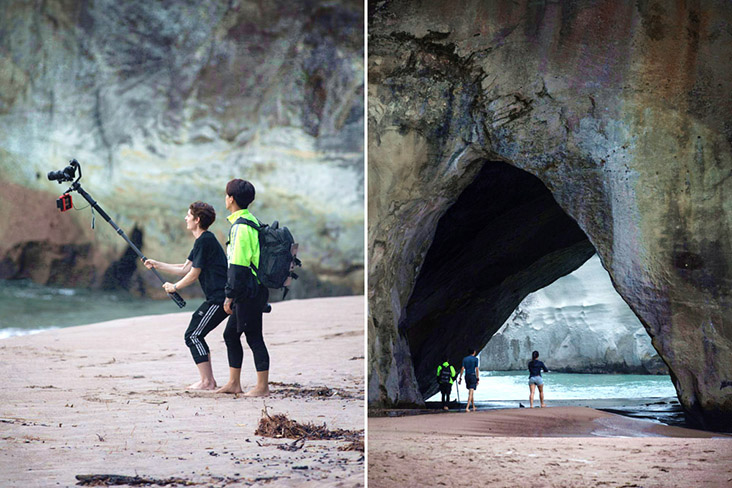 Taking pictures and exploring the cove.

Slowly but inexorably, the first light splashes across Mercury Bay. Sunrise, at last. The beach and the sea are transformed by the morning sun, still mild and not menacing yet.

With more light, everyone starts taking pictures they couldn’t before. Selfies and smiles. We take turns to explore the cove; the arch and the sea beyond looks so different now.

Indeed it feels like an entirely different place after sunrise. No more invisible birds; we spot a lone seagull patrolling the pristine, sandy beach. We can see the faces of our fellow early risers.

The mystery of the cove evaporates like the morning dew but the magic remains. We have passed through some unearthly gate into another realm. Perhaps it’s Narnia. Perhaps some other kind of paradise. It’s a blessing either way, a tender miracle.

Lucky housewife from India finds 2.08 carat diamond worth over RM56,000 in shallow mine