From the quirky to the frisky: A round-up of the top 10 most read Life stories from 2021

A varied selection of topics make the top 10 of Life's most read stories of the year. — Photo courtesy of Facebook/
Follow us on Instagram, subscribe to our Telegram channel and browser alerts for the latest news you need to know.
By By: Arif Zikri

KUALA LUMPUR, December 31 — 2022 is just around the corner and as the curtain falls on the second year of the Covid-19 pandemic, here’s a look back to our top 10 Life section stories.

Quirky is the key word to describe most of the selection that made it to the most read articles this year with five of them making it to the top 10 list. Peculiar stories such as the hilarious expression of a fierce primary school teacher who wanted her students to wait for others so that they could enjoy their meals together to the Indonesian housewife who deep-fried her husband’s pet Arowana due to his empty promises of cleaning up the tank.

Then there are frisky gorillas in New York Zoo who gave a free oral sex show which left visitors red faced, to the adorable .golden retriever obsessed with the Tokyo Olympics dressage event on TV.

And let’s not forget the story of an Indonesian teen who sold off her father’s motorcycle to buy a plane ticket to meet her online crush but only to get rejected before she could even meet him.

It wasn’t all weird and whacky.

Readers also clicked on  stories relating to public issues as these three articles that also made it tothe top 10 list. Ranking first for stories relating to public issues was that of Subang Jaya residents who are no longer allowed to grow fruit trees or veggies outside their homes as instructed by the Subang Jaya City Council (MBSJ).

According to MBSJ Corporate and Strategic Management Department deputy director Azfarizal Abdul Rashid, the banning policy was put in place to avoid uncontrolled planting of trees which can cause trees to grow messily while having no landscape significance, uniformity, or harmony.

He added that placing flowerpots randomly is an eyesore and could potentially become breeding ground for Aedes mosquitos while the planting of fruit trees attracts mosquitoes and ants that have become common complaints from residents.

The only trees that are allowed in the areas outside of one’s property are trees originally planted by the developer, MBSJ, and MPP in collaboration with the Council.

Residents who intend to plant trees in the prohibited areas must get an approval with their respective Resident Representative Council (MPP). 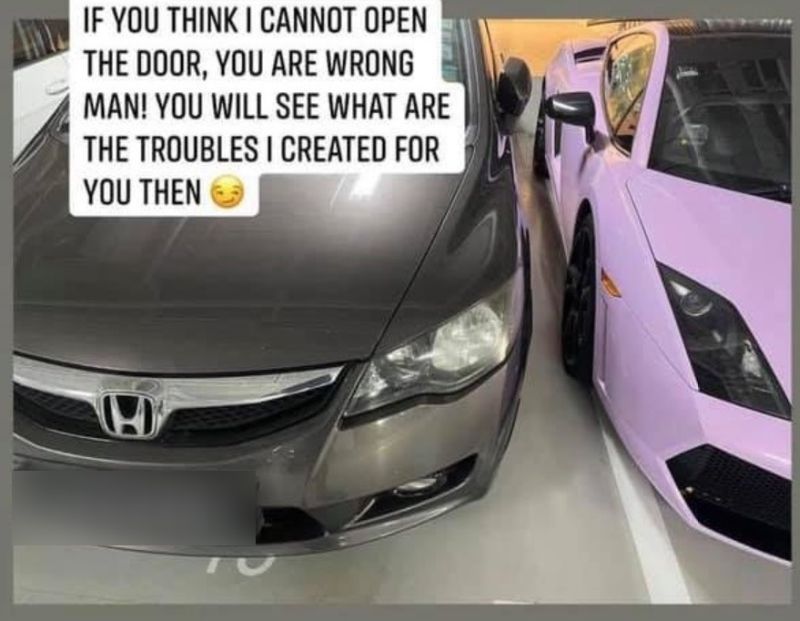 A Singaporean Lamborghini driver berated a Honda owner for her own parking 'blunder'. — Picture courtesy of Facebook/ SG Road Vigilante

Coming in after the MBSJ’s kerfuffle is the Singaporean Lamborghini driver who berated a Honda owner for her own parking ‘blunder’.

The Lamborghini driver in Singapore failed to see her own poor parking skills and instead chose to berate a Honda car owner for making it hard for her to enter her car.

She uploaded an image of the parking blunder on her social media while chastising the Honda owner by saying that the person was jealous and had low emotional intelligence.

It was obvious however that the Honda was parked within the designated parking space while it was her bright coloured Lamborghini that had crossed over the white line.

The snapshot of her Instagram Stories post was shared on the Facebook group SG Road Vigilante which has garnered comments from furious social media users over the Lamborghini owner’s harsh words and inability to admit her own mistake.

The Lamborghini owner was also discovered to be driving with an expired road tax.

In third place is the story about the careless cleaning job by a Rapid KL cleaner which went gone viral in late September.

This is after a short clip circulated on Twitter which showed Rapid KL’s janitors carelessly and effortlessly wiping down the train’s handrails with cloth.

In light of the seven-second clip, Rapid KL has responded with another video of how the cleaning should’ve been done along with a statement apologising to the public for their cleaner’s action while vowing to take stern actions towards the vendor.

Rapid KL also said they will come up with a remedial and preventive action to ensure similar incidents never occur again.

Aside from that, concluding this year’s top 10 Life stories are two stories relating to sexuality with one of them being the most read in Life. 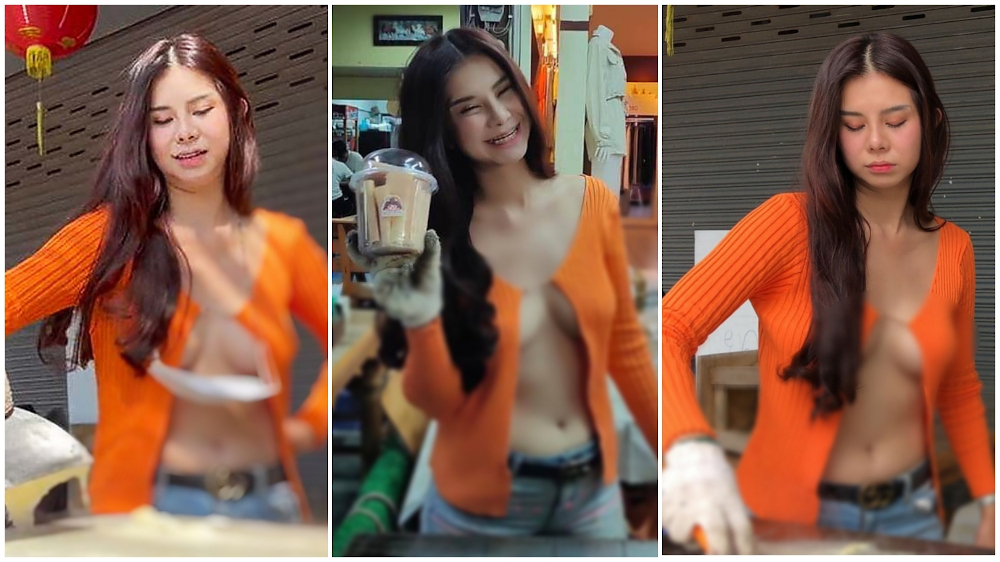 The most clicked article was the story of the braless crispy pancake seller in Thailand who was warned by Thai authorities to wear a bra and to maintain social distance at her premise.

The 23-year-old nursing student, Aranya Apaiso, whose stall is located on Chiang Mai’s Jed Yod-Chiang Kiang Road, has been selling crispy pancakes with only a single-buttoned sweater exposing her sideboob and exposing some skin.

Apaiso told Pattaya Mail that she was confronted by a local cultural official who told her to wear a bra while also asked to maintain a social distance from her queuing customers.

She added that her purpose was not to show off in order to sell her items, but she enjoys dressing up in that manner.

Apaiso previously used to sell adolescent fashion but admitted that she had more luck selling eye candy and delicious pancakes.

Just making the list in tenth place is the story of a study by Harvard University which found that ejaculating 21 times a month helps to reduce prostate cancer risk.

According to reports, the study involved 31,925 men who filled out three questionnaires on ejaculation frequency.

The results indicated a statistically significant reduction in prostate cancer rates among men who ejaculated frequently.