The Sunway-MAF Tun Dr Siti Hasmah Award 2021 also marked the beginning of Sunway Group’s long-term collaboration with MAF as the new Official Sustainability Partner. — Picture by Shafwan Zaidon
Follow us on Instagram, subscribe to our Telegram channel and browser alerts for the latest news you need to know.
By ARIF ZIKRI

The black-tie event which took place at Hilton Kuala Lumpur on Friday night, was held to recognise individuals and organisations who have made significant contributions towards meeting the goal of ending AIDS by 2030.

This year’s gala dinner was attended by around 250 people.

The funds raised will be channelled to MAF’s Medicine Assistance Scheme, a programme that helps underprivileged Malaysians living with HIV gain access to lifesaving antiretroviral treatment. Marina,in her speech, highlighted the urgency to address the socioeconomic disparities that are putting communities affected by HIV or AIDS at a greater risk for Covid-19.

“And this is the immediate priority as we continue to grapple with the impact of the pandemic,” she said.

Dr Adeeba said this year’s gala was special after being planned for two years.

“We’ve been waiting for two years to do this, and you know, each time the Covid-19 wave goes up, we had to delay it, so to be able to finally put this on with strict SOPs is just wonderful.

“It’s a very small gala for us, 250 people only. Normally, we get around 600 to 700 people but small doesn’t mean it does not follow our usual standards for a gala,” she told Malay Mail.

She also extended MAF’s gratitude to their sponsors such as Yayasan Sime Darby, Perkeso and Yayasan Petronas.

Keeping to the theme of Malay musical arts and cultural heritage, guests were treated to a four-course menu, which included a deconstructed popiah roll with tiger prawn as starters and a lacto chicken breast stuffed with ‘pucuk paku’ served with bunga telang rice as their main course. 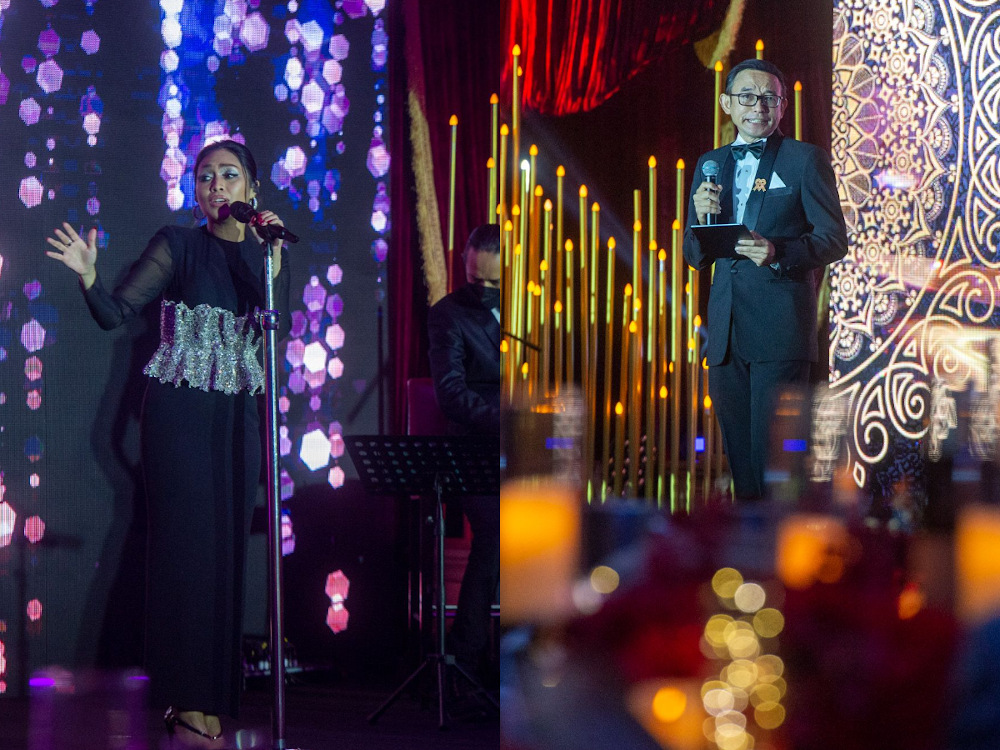 Guests were also entertained with performances from MAF Red Ribbon Celebrity Supporters such as Bob Yusof and Vince Chong along with a heartfelt tribute to frontliners by journalist Kamarul Bahrin Haron.

Taking centre stage was singer Dayang Nurfaizah who performed a repertoire of classic Malay standards from her latest album Belagu under the musical direction of Aubrey Suwito.

The Gala concluded with the main highlight of the night, which was the award presentation ceremony.

She was presented with a RM20,000 cash prize along with a specially designed crystal trophy by Sunway Group and a certificate of excellence for her work with the HIV community in Terengganu.

KCT is a community-based organisation that provides harm reduction services to people who use drugs as well as treatment, care, and support to people living with HIV.

Dr Mahani is amongst the three finalists of the Sunway-MAF Tun Dr Siti Hasmah Award 2021.

The jury process for the award was observed by local auditing firm and Official Assurance Partner, RSM Malaysia.