KUALA LUMPUR, Oct 8 — Malaysian illustrator, writer and designer Reimena Yee has a touch of the Fae. No, there are no pixies or goblins in her family tree (not that she knows of) but her whimsical illustrations evoke fairy tales and distant lands we travel to only in our dreams.

Originally from Kuala Lumpur and based in Melbourne, Yee is the much-lauded author of The World in Deeper Inspection, a webcomic, and the upcoming graphic novelisation of the Alexander Romance, the curiously titled Alexander, The Servant & The Water of Life.

“I’m inspired by the world and all that contains within. I love history and art history, and the things people have made with their hands across civilisations. I love science, because it teaches me how the world works, and that there is so much to pursue and be fascinated by, whether it’s the small or big things.”

This omnivorous devouring of both art and science colours much of Yee’s work. An earlier graphic novel, the Eisner-nominated The Carpet Merchant of Konstantiniyya, has a distinctive art style inspired by the culture of the Ottoman Empire.

She shares, “This scholarly interest in existence, of being a person interested in their surroundings, is what influences me to look deeper, to learn about how and why we live, to break and reshape the way we see our past, present and future. All the work that I make is an expression of this pursuit of knowledge.” 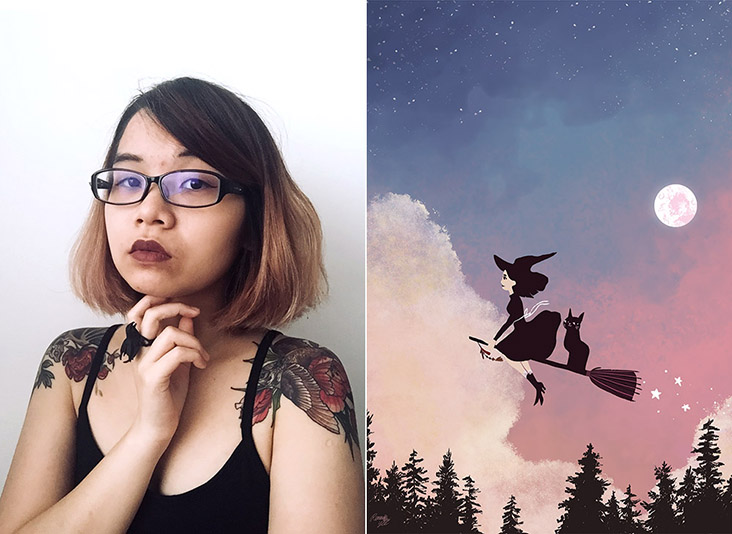 That pursuit drives Séance Tea Party, which tells the story of Lora, a girl who has recently turned 12 but is terrified of embracing adolescence and leaving her childhood behind. Questions abound for Lora... and for Yee.

“I made this book because, like Lora at her age, I had fears around growing up. Will I still love my cartoons and storybooks? What will happen to me when I become a grown-up? And most chillingly, Will I lose all of the parts of me that made me happy?”

Séance Tea Party became Yee’s way to address those questions. What answers she gleaned were reassuring, at least: “It shows that there is beauty and joy in growing older, that loss and growth are a natural part of life, and that children and adults share the same hopes and fears.” Unlike some comics creators who may alter their work drastically along the way as they discover new patterns and narratives, Yee doesn’t change much as she develops her story. Séance Tea Party was no different.

“Like most of my work, Séance Tea Party had a strong thematic purpose in the beginning. Small things like character interactions and plot beats may change, but it’s all done in service of strengthening the story’s core.”

What is required, then, is putting in the work, hour after hour, day after day. After waking up and checking her Twitter and email, Yee typically does one of two things: creating or “consuming.” 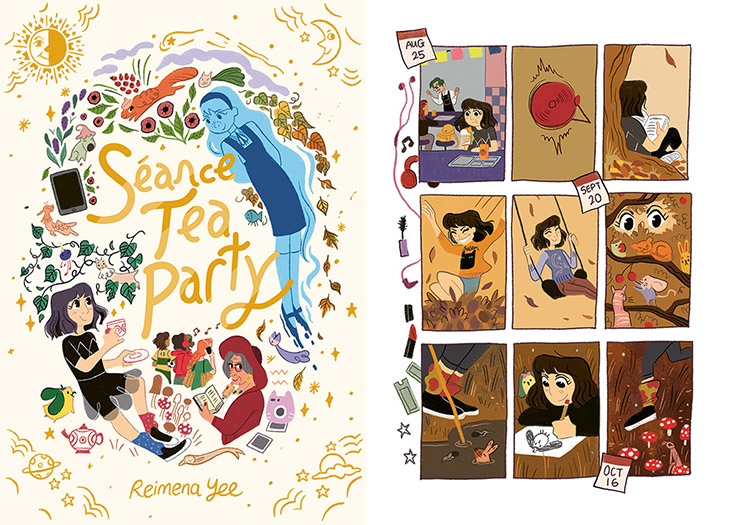 She explains, “When I create, I draw or write. When I consume, I read books, do research, watch movies, etc. I do this work in the late morning and at night after dinner. The afternoon and evening are random – it can be anything or nothing. Over time, I end up with a book or a drawing.”

Creating comics when you’re both writer and artist can be a lonely business. Therefore connecting with other artists and creators is something Yee gets excited about.

Together with fellow artist Sarah Joan Mokhtar, she co-founded the online comics collective UNNAMED in 2013. It began as a Facebook group to bring together the Malaysian comics community for networking and information sharing.

“UNNAMED has since grown to include the rest of our South-east Asian neighbours, expanded its co-founding team, and initiate events like talks, panels, workshops and other collaborations to build the infrastructure of commercial visual-literary art (comics, illustration and design).” 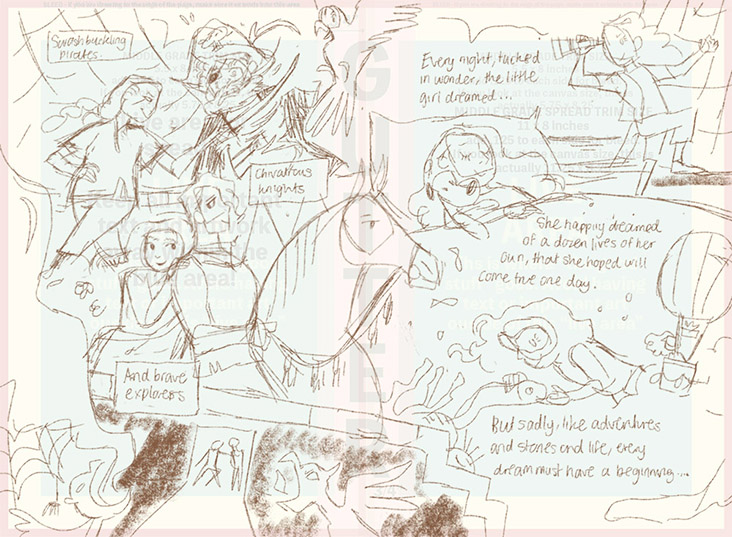 Behind the scenes: some of Yee’s sketches

By bringing together artists, writers, editors, gallery curators, publishers and educators from Malaysia, Singapore, Thailand, Indonesia, Vietnam and the Philippines, UNNAMED aims to introduce the South-east Asian comics scene to the world stage.

“Currently, I think UNNAMED is at a good place where we are about to break the ceiling in regards to the perception of comics as an art locally and regionally. Maybe one day there will be a publishing press.”

Yee is currently working on two new books. My Aunt is a Monster is her second children’s graphic novel from Random House Graphic. According to Yee, this story of a blind girl who goes on an adventure of a lifetime with her World’s Greatest Explorer aunt has a “bright, super stylised, very European” art style. 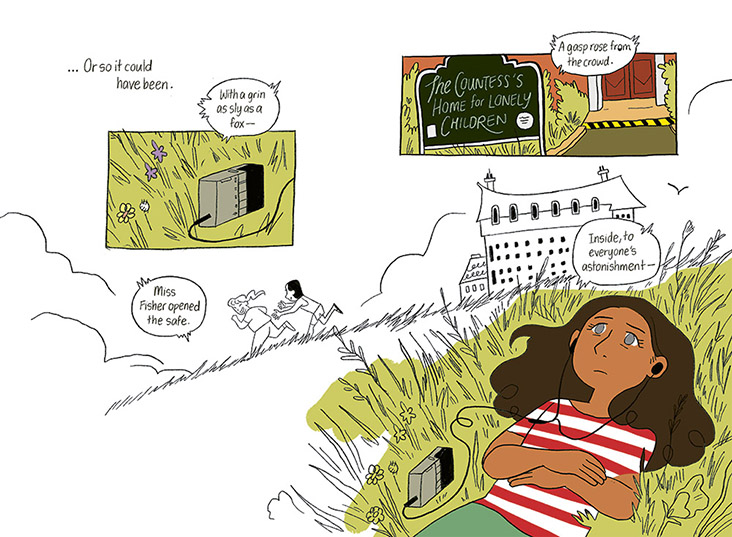 According to Yee, her work-in-progress 'My Aunt is a Monster' has a “bright, super stylised, very European” art style

The other book is more of a passion project for Yee. She says, “Alexander, The Servant & The Water of Life is a graphic novel about the life, legends and legacy of Alexander the Great. It’ll be out sometime next year as a free webcomic.”

Perhaps it’s inevitable that no artist is ever free from self-doubt. Yee is no exception, despite whatever accolades she has garnered.

She says, “For a long time I believed in the most secure path recommended to me by well-meaning people. I didn’t think that I could make a full-time living as a creator, that I had to do something practical to support my true ambitions.” 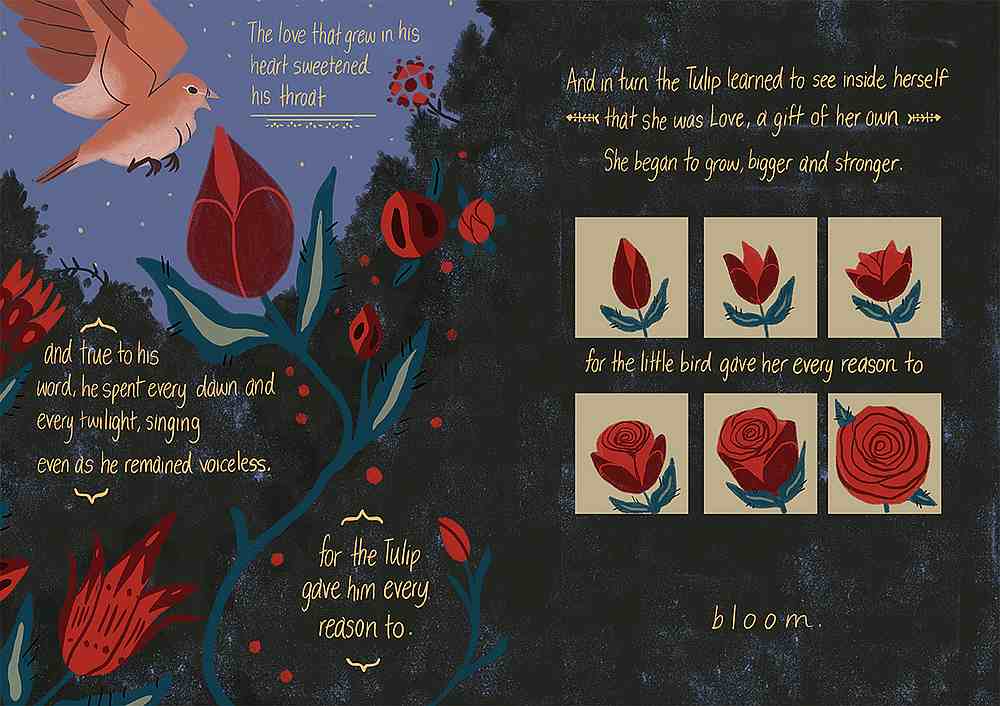 Another page from 'The Carpet Merchant of Konstantiniyya'

As a result, Yee felt that the choices she made when younger were based on this mindset. She shares, “It took a while of shifting away from this thinking, and doing the work to build my career to what it is now. I don’t regret being on that old path, because it taught me many things and took me to places.”

Those places are fantastical realms – from Alexander the Great atop a giant fish to the intricately woven carpets plied by the merchants of Konstantiniyya. What stories and visions will Yee weave next? Her readers, I’m sure, await with bated breath.