Ganeswaran Segar posing with his artwork of Liverpool Football club that took him about 11 months to complete. — Picture by Ganeswaran Segar
Follow us on Instagram, subscribe to our Telegram channel and browser alerts for the latest news you need to know.
By ANNE GRACE SAVITHA

PETALING JAYA, September 1 — It was a dream come true for a graduate when his artwork of the Liverpool Football Club team impressed the club’s assistant manager.

Ganeswaran Segar, 29, a self-taught artist from Nilai never thought that his artwork would get the attention of his favourite football team, but the email response from the club’s head of news James Caroll made his day.

Caroll relayed that club assistant manager Pepijn Lijnders had praised the painting and was interested in buying it.

“It is really a dream come true for me,” Ganeswaran said.

The 29-year-old said that he has been a die-hard fan of Liverpool Football Club since 2004 and had always wanted to do a watercolour portrait of the team.

But he needed a solid reason to sketch their portrait, so when Liverpool won the 2019 Champions League tournament, he decided to do a portrait painting of the team.

Ganeswaran told Malay Mail that he learned the art of watercolour painting and sketching on his own, through Youtube tutorial videos.

“I’ve always loved sketching and painting since I was a child and that interest continues on till today.

“For Liverpool’s artwork, it took me about 11 months since I wanted a big portrait of them on an A1-size paper.

“Having consistent discipline such as pouring five hours a day to complete the artwork was also crucial for me so that I was able to see progress in my artwork,” he said.

“I used pencils, a variety of colour-pencils, gel pens, and watercolour for the portrait that consisted of the team’s players and their managers.” 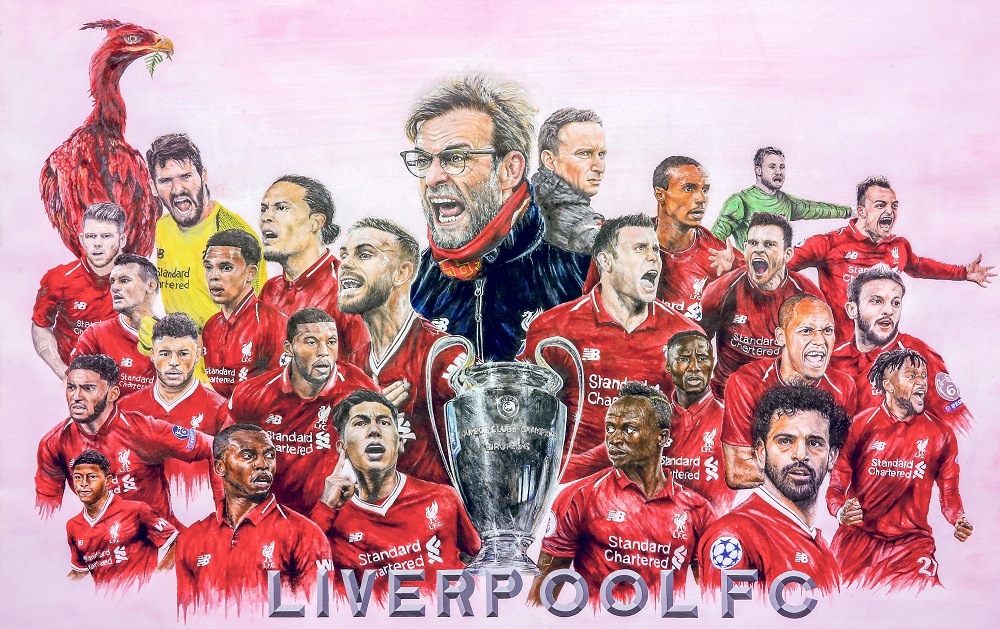 The portrait painting of Liverpool Football Club required a lot of time and discipline from Ganeswaran. — Picture by Ganeswaran Segar

He said that another task that he found arduous during the completion of his artwork was the filming of his artwork which required him to learn how to take good shots of his painting.

“I had to learn how to properly angle the position of my camera so that I could take proper shots, so the whole filming concept was something I learned too while working on my artwork.”

Ganeswaran said that the price for the painting is still under negotiation and he is waiting for the football club to reply to him.

“They are currently busy working on some vigorous training programmes so I’m still waiting for their reply,” he said.

Attack on Rushdie sparks surge in interest in author's works