Officer Palaniyamal says the move to 'scare' citizens had to be done because of the ignorance of a few. — Screengrab via Facebook/Tamil Nadu Police
Follow us on Instagram, subscribe to our Telegram channel and browser alerts for the latest news you need to know.
By MARK RYAN RAJ

PETALING JAYA, April 27 — Frustrated with the number of people still flouting lockdown protocols, Indian policemen are using extreme measures to get their message across.

If beatings, doing sit-ups and writing down oaths aren’t enough to keep people at home, police in the south Indian state of Tamil Nadu have a more frightful way of dealing with lockdown violators — throwing them into an ambulance with a (fake) Covid-19 patient.

Uploaded onto the Tamil Nadu Police official social media pages at the end of last week, the video was aimed at spreading more awareness to Indian citizens in the state about the severity of the Covid-19 pandemic.

In the state, citizens are not allowed to go out in groups and are told to wear a face mask at all times when venturing out only for essential needs, within an allotted time.

The lockdown in India has been extended to May 3, with five cities in Tamil Nadu — Chennai, Coimbatore, Madurai, Salem and Tirupur — under stricter restrictions.

So when police officers manning a roadblock in Tirupur saw three men, squeezing onto a motorbike with none of them wearing a face mask, there was only one way to “educate” them. 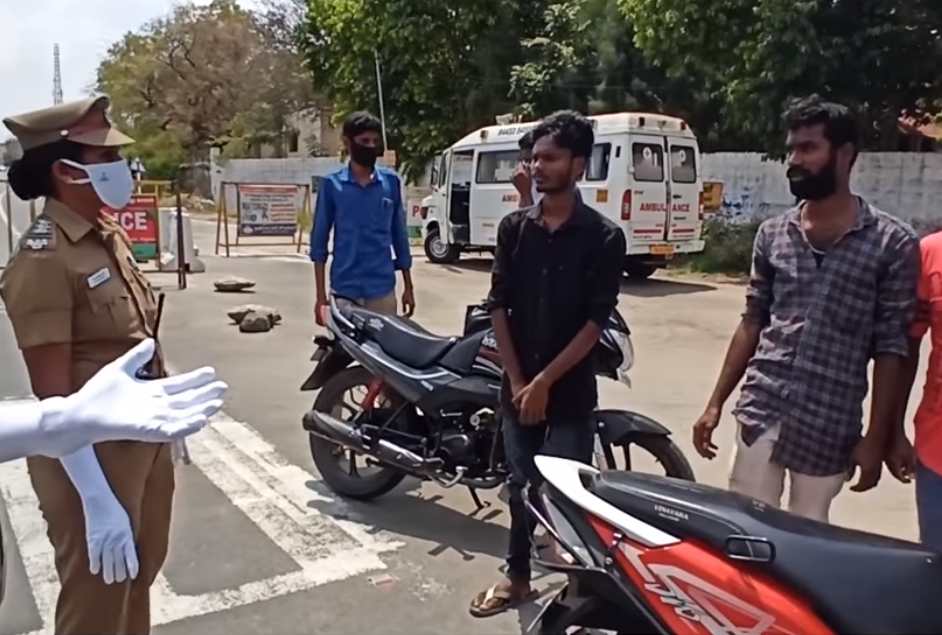 The three men were stopped for riding on a single motorbike together without wearing face masks. — Screengrab via Facebook/Tamil Nadu Police

“Why are three of you on the bike? Where are your masks? Don’t you know what happens if you don’t wear one?” said the police officer in the video.

Not happy with their response, the officers then dragged and forcefully threw the men into the ambulance parked nearby.

Realising that there was a “Covid-19 patient” inside, the men frantically try to escape — with one even stepping back and covering his face — as they pushed and pulled the officers away, but to no avail.

Once all three men were locked in the van with the fake patient, the videographer can be heard laughing and enjoying himself, as the men stay as far away from the coughing patient as they can. 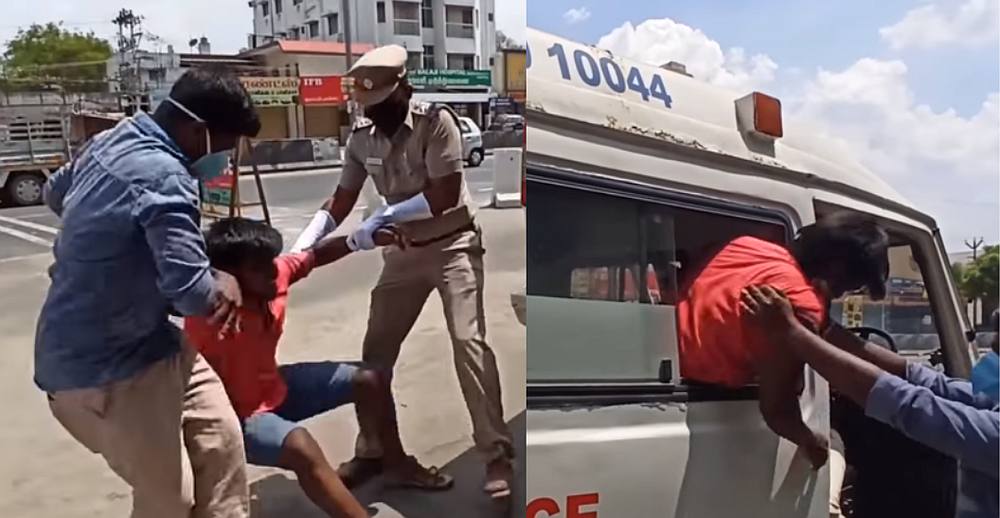 Police officers were taking no prisoners with their 'straight forward' approach in scaring people to stay at home. — Screengrab via Facebook/Tamil Nadu Police

And when the patient got up, they even tried to squeeze themselves out through the windows as they begged the patient to stay away from them, banging on the doors as they pleaded to be let out.

“The boys were caught loitering and said that they don’t have face masks. So we decided to show them what is the cost of not wearing one and put them in the ambulance,” said Officer Palaniyamal in the video.

“When they realised that there was a Covid-19 patient in the ambulance, only then did they fear for their life.

“People don’t realise how scary the virus is because they can’t ‘see’ it. But it can be anywhere. That’s why the government has put the lockdown in place.”

She reiterated that the “patient” was merely an actor and the men were not intentionally put in danger but added that people must wear face masks if they do go out. 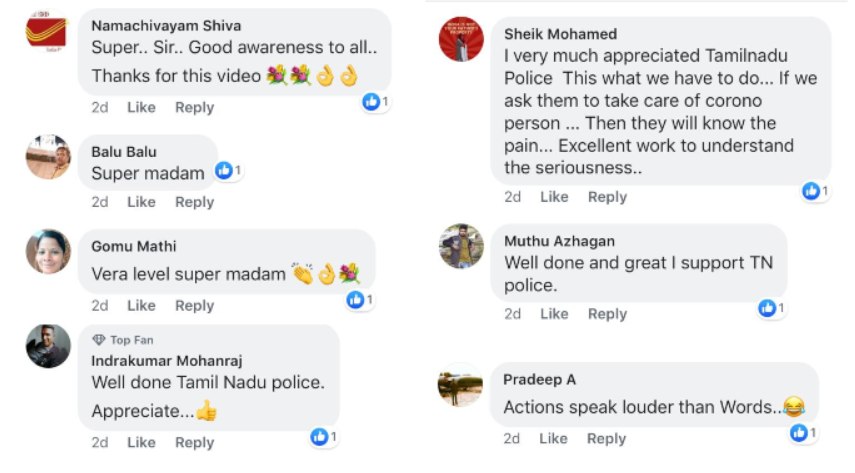 “This is what we have to do. If we ask them to be near a Covid-19 patient, only then they will know the pain. Excellent work to understand the seriousness,” wrote one user.

While other users also praised the police’s “actions speak louder than words” approach and congratulated them for keeping people safe.