PETALING JAYA, May 12 — It’s peasant chic: the rough crust of the sourdough bread and the exquisite tang in its crumb. And between these slices, a generous slathering of cream cheese, rippling waves of smoked salmon, the fresh crunch of salad leaves and ripe tomatoes, the sudden morsels of briny capers...

This is the whimsically named Smoked Salmon Concerto, one of the signature sandwiches at Wild Yeast Bakery in Damansara Jaya, PJ. The bakery café was started by Terence Chong, resident bread artisan, in March 2020.

Which isn’t that unusual, given how many sourdough ventures were launched during the pandemic. What is intriguing is how the 39-year-old father of two isn’t from the food and beverage (F&B) industry, but is an accomplished classical musician!

Chong shares, “I am a professionally trained sound engineer and bassoon player for 15 years. I was with the National Symphony Orchestra (NSO) for four years before I changed my career to become a full-time baker.”

Unlike many first time F&B entrepreneurs, Chong is not entirely new to the world of business, having started one with a friend in 2018. 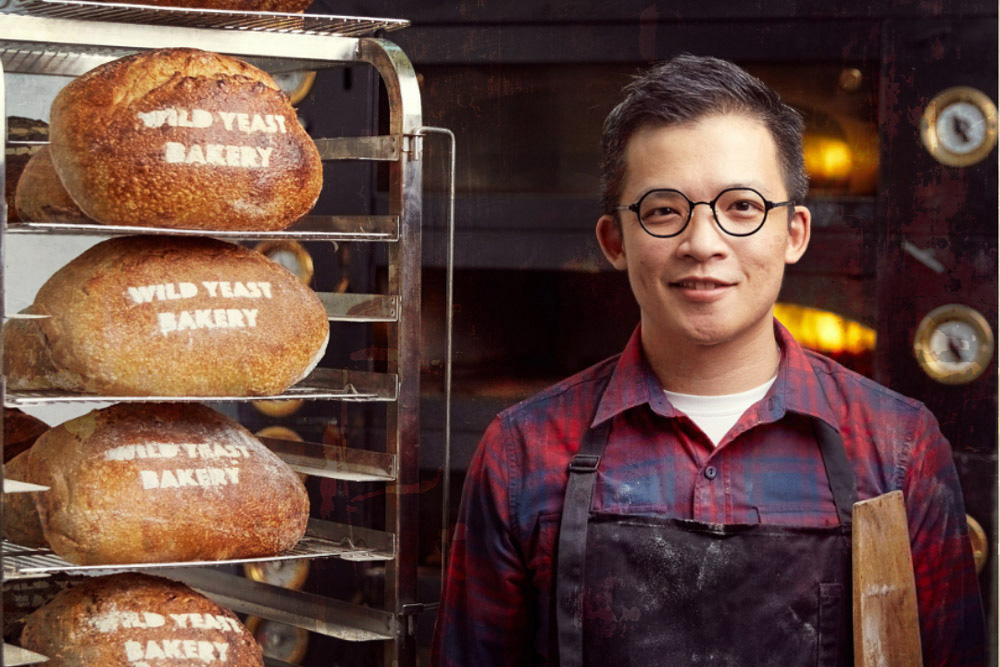 While that startup ended after two years, it ultimately taught him a few crucial principles he was able to transfer to his next business.

Chong shares, “A very good lesson for me was to understand trust in partnership and the essential part of legal documents in business. When I started Wild Yeast Bakery, I chose this name because I wanted to concentrate on sourdough bread and become a specialist in this.”

Wild yeast, in this instance, refers to the natural yeast that is formed by Mother Nature. At its most basic, a loaf of sourdough bread is formed by the careful amalgamation of flour, water and bacteria in the air. 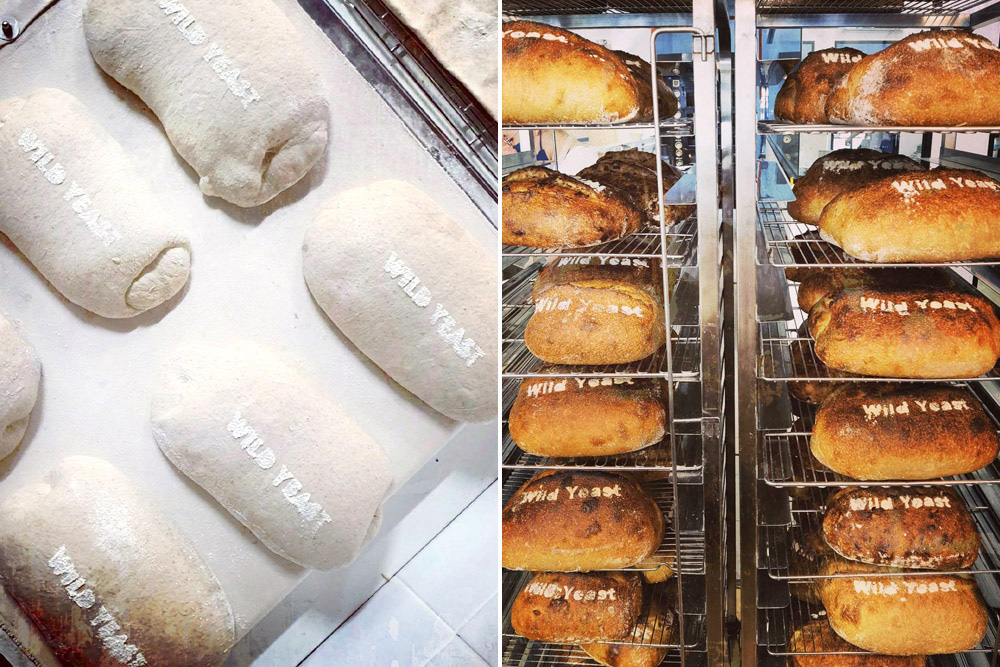 Each loaf of Wild Yeast Bakery’s sourdough bread is branded with its name.

Chong likens this process to how he makes music: “It’s the vibration of the instrument, rhythm and air. Same as wild yeast. Formed by Nature; simple yet beautiful.”

His descriptions belie his creative soul. The transition from classically trained musician to an indie baker isn’t as much of a stretch as one might imagine. For Chong, there are both artistic pursuits.

Which might explain the witty and musically inspired names for some of Wild Yeast Bakery’s offerings. Besides the aforementioned Smoked Salmon Concerto, you could be entranced by the Egg Mayo Mushroom Sonata, a rustic sandwich with a creamy filling of hard boiled eggs mixed with mayonnaise and Dijon mustard, mushrooms and cheddar cheese. 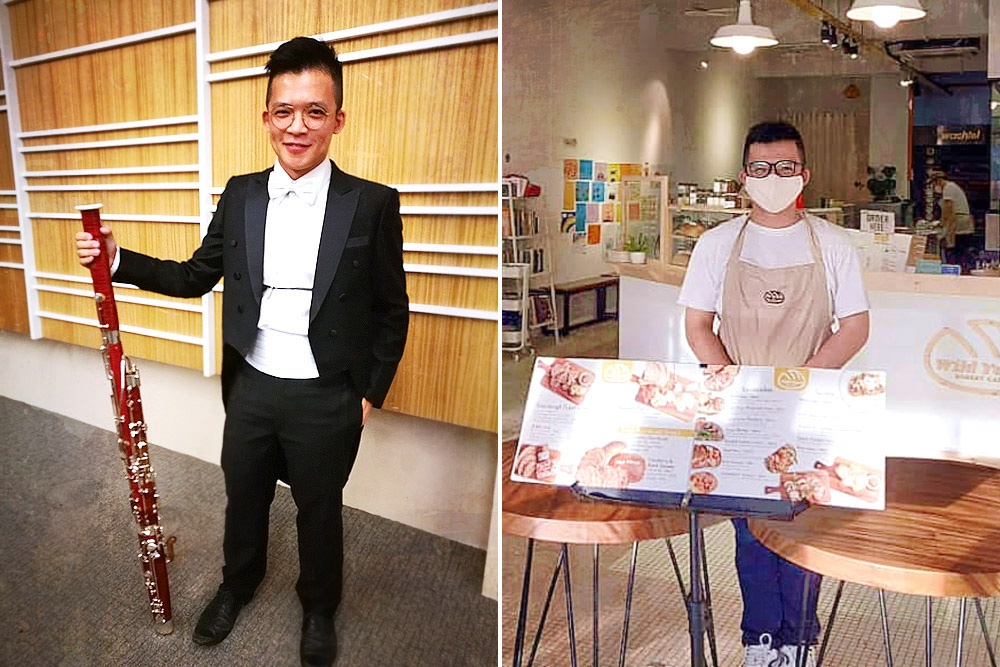 How Chong went from bassoonist to opening a bakery during the lockdown.

Or you could practice scales, deciding between minor or major keys. For the former, there’s the Beef Minor, a sliced rump beef sandwich with whole grain mustard, whilst the Chick Major — roasted chicken breast and tomatoes with balsamic olive oil dressing — does the trick for the latter.

Chong explains, “I always imagine the food first before making it. The music-centric names are just a fun idea that also reminds me about my musical background, and how that can work with this café.”

Both the Minor and Major sandwiches are made with their country sourdough bread and layered with cheddar cheese — bread and dairy go so well together. Perhaps it’s the inherent acidity in these products that comes from fermentation.

“We use 52 hours to ferment our bread,” says Chong. “Let time create the flavour naturally. Time is the most essential ingredient for sourdough bread. So I respect time and energy the same as music.” 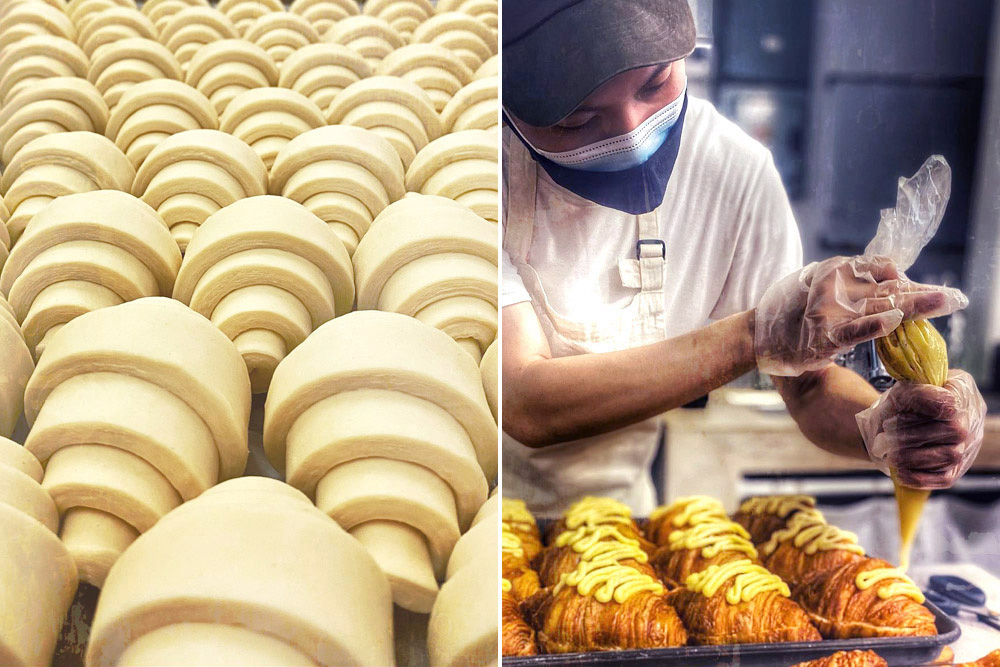 From rolling the dough to adding final flourishes, every croissant is a labour of love.

His past career as a bassoonist also meant that Chong has travelled across Europe, where many of the capitals of classical music can be found. He says, “French style tartines are something I tried in France and some European countries. So I wanted to share my good experiences with my fellow Malaysians.”

Tartines are basically open faced sandwiches and at Wild Yeast, perhaps the most melodious is their Mozzarella Symphony with Sweet Tomatoes, topped with sweet basil and drizzled with balsamic glaze.

Another popular option is their Wild Veggie Tartine, where layers of homemade pesto, wild mushrooms and sliced artichokes are crowned by a wobbly onsen egg. The Goat Cheese with Fig Jam is delicate and mildly sweet.

If this menu (which also includes sourdough pastries, cookies and scones) sounds like quite a production, well, it is. Each loaf of Wild Yeast Bakery’s sourdough bread is branded with its name. From rolling the dough to adding final flourishes, every croissant is a labour of love. 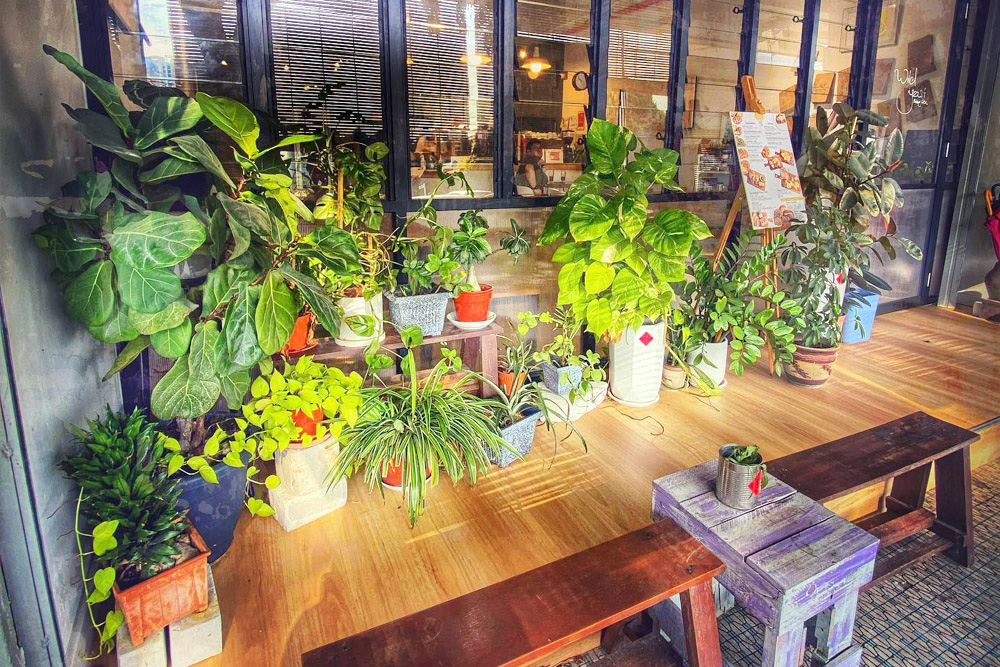 Located along a row of shophouses, the bakery café is a cosy and green space.

It’s a lot of work. Which makes it all the more startling when you realise Chong launched his bakery all by himself, five days before the first lockdown a couple of years ago.

He recalls, “I started with a one-man-show kind of operation, baking the bread, making sandwiches and collaborating with another company with their coffee pairing. When I moved to Damansara Jaya in August 2020, I saw that I needed to hire and train others to help me at the new venue.”

This is where many newbie entrepreneurs struggle with the metamorphosis from solo player to both a team member and leader. Having played in an orchestra helped, of course; a bassoonist doesn’t shine on their own.

Chong admits, “I am still learning to be a leader and a good employer. It’s like learning to be a new me in this situation. Like a caterpillar to chrysalis and finally a butterfly. The pressure is constant but so is the energy to keep going.” 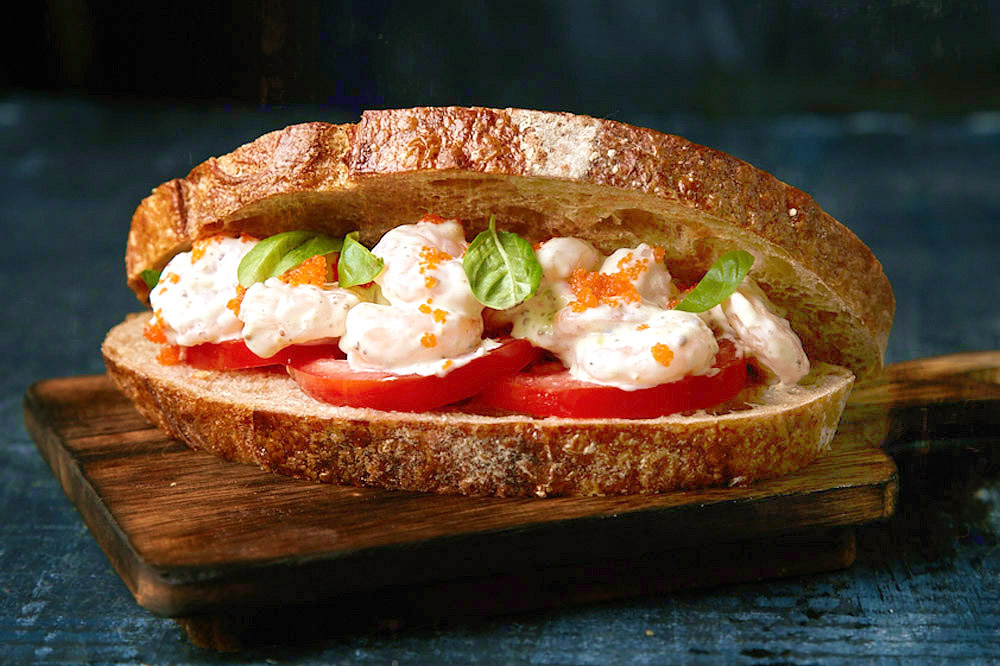 With sourdough sandwiches such as the Singing Shrimp, Chong draws a new — and still appreciative — audience.

Today, Wild Yeast Bakery is growing by leaps and bounds. The current venue is located along a row of shophouses. A bustling neighbourhood where the bakery café stands out as a cosy and green space.

Chong shares, “We are going to expand next door, for a bigger space with a hot kitchen section. We’ll also develop more dishes and organise more music programmes for performances in the new space.”

A bakery with "live" music and singing? Why not?

One of my favourite sourdough sandwiches at Wild Yeast Bakery is their Singing Shrimp. Here the filling is fresh shrimp tossed with mayonnaise, yoghurt and wasabi, a few leaves of sweet basil and a sprinkling of ebiko (shrimp roe).

Listening to others singing might not be that strange if you’re already “singing” yourself, harmonising with every bite of a sandwich that is both satisfying and soulful.