From side dish to the star of the show: Make this simple yet sublime ‘goma-ae’ or Japanese sesame salad

KUALA LUMPUR, Oct 24 — Mealtimes can be competitive, with every dish calling out for our approval.

There are times we put far too much attention on the main course, the star of the show so to speak. A well-marbled ribeye steak, oh so juicy and full of flavourful fat. The wafer thin skin of a Peking duck, roasted to divine crispiness, shattering in our mouths.

Even the desserts have a shot at the limelight. For who doesn’t love a frosty and rainbow-hued bowl of ais kacang, topped with a dollop of durian ice cream, or a custardy crème brûlée, with a caramelised crown waiting for you to crack open with a teaspoon?

Indeed, if you have a sweet tooth, it’s the ending to your meal that you most look forward to.

Which makes me sympathise with the perennial underdog — the undecorated and underappreciated side dishes. What a pity, for I often find side dishes to be as interesting and deserving of our attention as the mains and the sweets.

A perfectly crisped up confit de canard wouldn’t be quite the same without a generous mound of sliced potatoes, fried or roasted in duck fat. A hearty bowl of bak kut teh would fare better if accompanied by another, smaller bowl of yau char kwai croutons (for me, at least; bak kut teh purists may disagree vehemently), these nuggets of Chinese crullers seemingly designed for dipping into the herbal, meaty bone broth.

Who’s to say side dishes themselves couldn’t be the stars of the show, rather than relegated to the role of mere footnotes in a meal’s narrative? Enter a Korean barbecue restaurant, for instance; while your griddle is being heated up before strips of marinated bulgogi or galbi are placed upon it, tiny saucers of banchan arrive first. 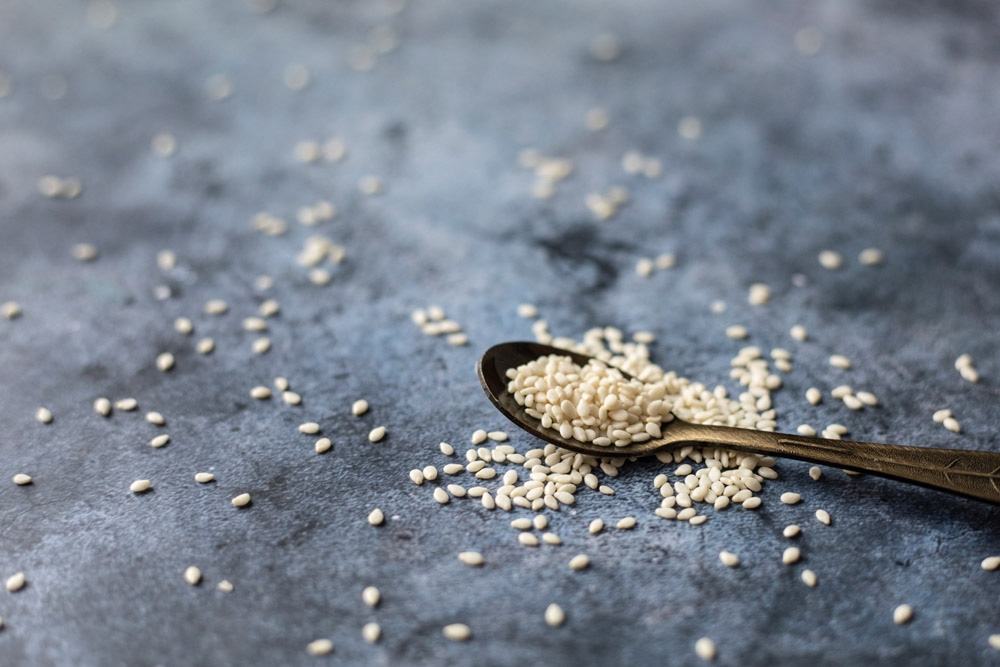 Toast the white sesame seeds to bring out their aroma.

These are akin to complimentary appetisers or accompaniments to the meat dishes: kkakdugi, a spicy cubed fermented radish, and dongchimi, a watery kimchi in white brine; cold and fragrant kongnamul, boiled bean sprouts slick with sesame oil; and even slurp-worthy strands of japchae, which can stand alone as its own dish.

And that’s the lesson here, really. A truly marvellous side dish is so tasty and formidable that it can — and sometimes ought to — be the star of the show.

So this got me thinking, what beloved side dish have I neglected, that I could easily replicate at home and shower with a little tender, loving care to make it just that much better?

What comes to mind is a Japanese dish of chilled spinach slathered with aromatic sesame sauce or goma-ae. The word goma means “sesame” in Japanese while ae refers to its form as a sauce.

Strictly speaking the sesame spinach version is called horenso goma-ae but you can make goma-ae with a wide variety of vegetables. These are mostly leafy greens such as Japanese mustard spinach (komatsuna) but other vegetables can be used too; green beans (sayaingen) and burdock roots (gobo) being two of the more popular choices. 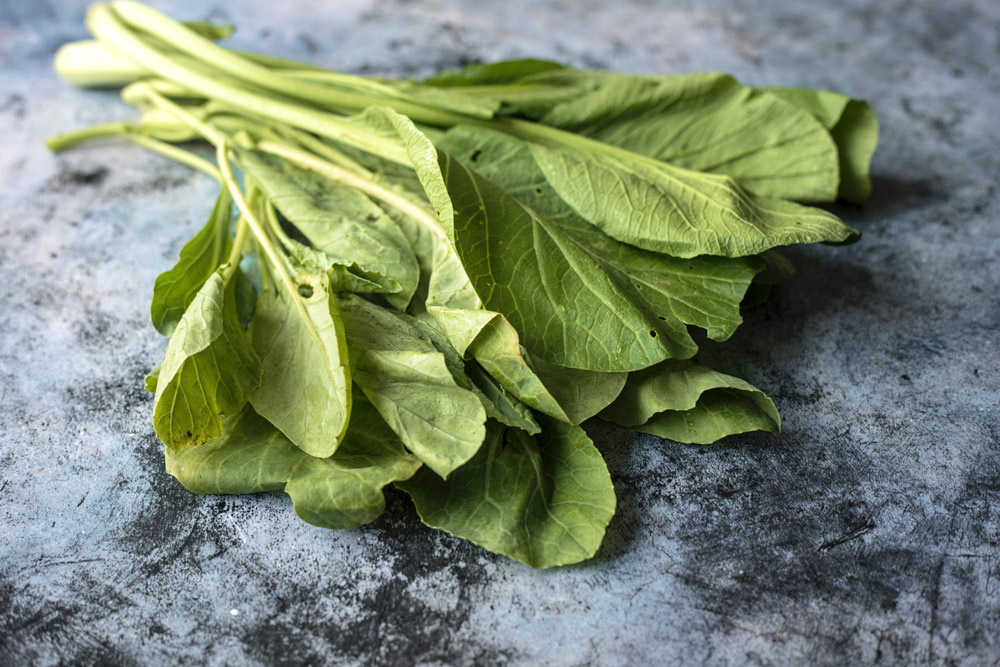 You may use spinach or any other leafy greens you have handy in your fridge.

Besides the vegetables, the other ingredients are simple enough — soy sauce, sugar and sesame seeds, toasted and ground. Some enjoy upping the umami factor by adding dashi, while others prefer the more refined sweetness that sake and mirin offer.

You can imagine eating this with a bowl of hot steamed rice or maybe some cold udon. Or simply enjoy the goma-ae as is — relishing the cold blanched vegetables, the nutty notes of sesame and being fully present in this precious moment.

Goma-ae is part of a family of Japanese dishes called aemono or dressed dishes. The main ingredients are the vegetables, of course, often fresh and seasonal. The difference lies in how these dishes are dressed.

We are now familiar with a sesame dressing, the aforementioned goma-ae. Other types of aemono include sumiso-ae (vinegar and miso), shira-ae (mashed tofu dressing) and karashijoyu-ae (Japanese hot mustard, soy sauce and dashi).

So we can easily tweak this side dish (or main dish, depending on how you’re serving it) either by altering the type of vegetables used or its dressing. 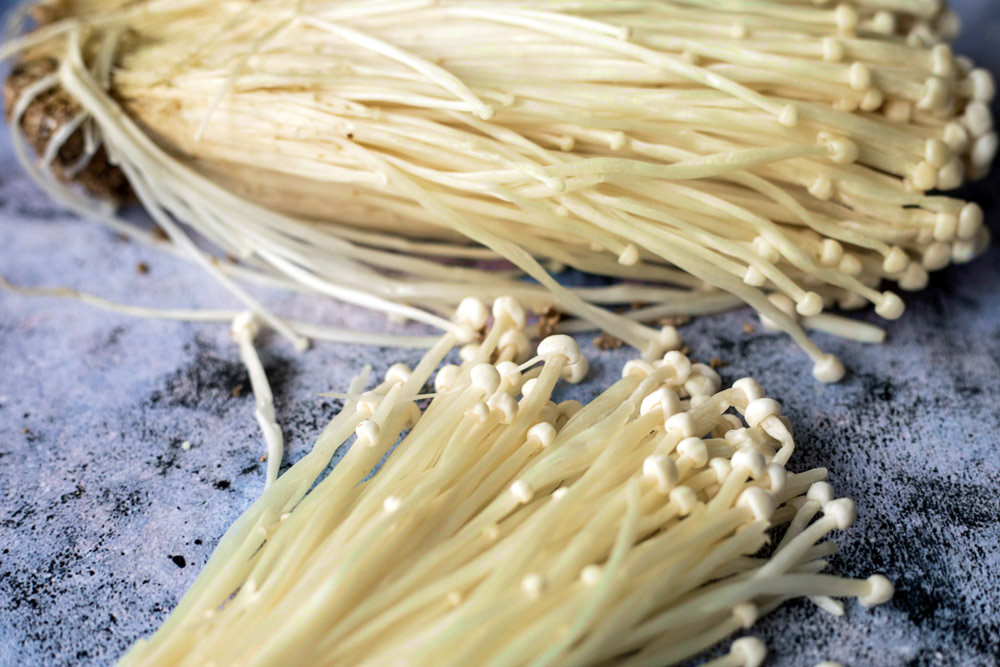 For my version, I’ve used a mix of whatever leafy greens I have left in the fridge that needed using before they went bad. (The frugal home cook strikes again!) Some enoki mushrooms add textural contrast.

Whichever vegetables you use, it’s important to rinse them right after blanching under cold running water. This is to stop them cooking further and retain their bright, vivid colours.

Squeeze the vegetables gently to prevent any bruising but firmly enough to rid it of all excess water. We don’t want to inadvertently dilute the seasoned-just-right goma-ae dressing later, do we?

I also like making the final sauce creamier with a little cheat, by adding a splash of goma dare or bottled Japanese sesame sauce. You can skip this if you like if you’re a purist — the freshly made goma-ae dressing is aromatic enough – but I can never resist gilding the lily. 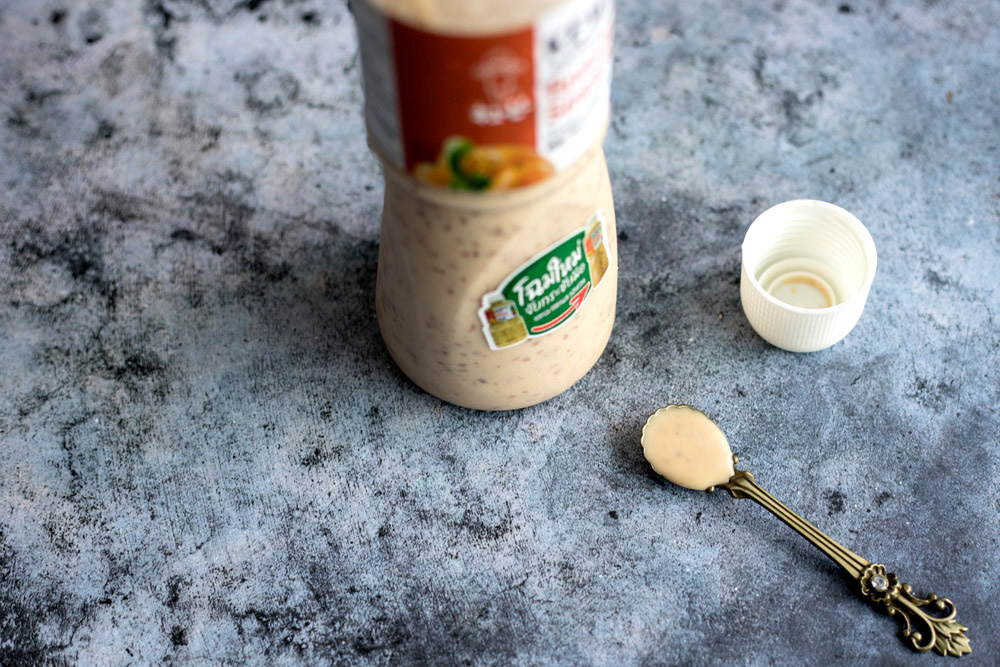 Once the toasted sesame seeds have cooled down a little, add them to a mortar and gently pound with a pestle. Don’t use the food processor because you’re not looking for a fine powder here; coarse and uneven will give a nicer texture and mouthfeel.

Mix the ground sesame seeds with the soy sauce and sugar in a bowl (you can do this directly in the mortar, if you prefer). Once well combined, set aside. This will be your goma-ae dressing.

Bring a large pot of water to boil, as you would with pasta. Once it is boiling, add the spinach or other leafy greens you’re using, and the enoki mushrooms. Instead of salt (that you would use for pasta water), season the water with soy sauce.

The leafy greens and mushrooms generally take less than a minute to cook; the stems go in first, then the leaves about 30 seconds later. Remember, you’re blanching it so that it still has a bit of crunch; be careful not to overcook your greens.

Drain the vegetables and rinse under cold running water until it has cooled down. This stops the cooking process and prevents it from losing its vivid green colour.

Using your hands, squeeze out the excess water from the now cool vegetables. Pat dry with some kitchen towel to further remove any remaining moisture. Cut the vegetables to sections of about 3-4 centimetres long so they are roughly uniform in size. 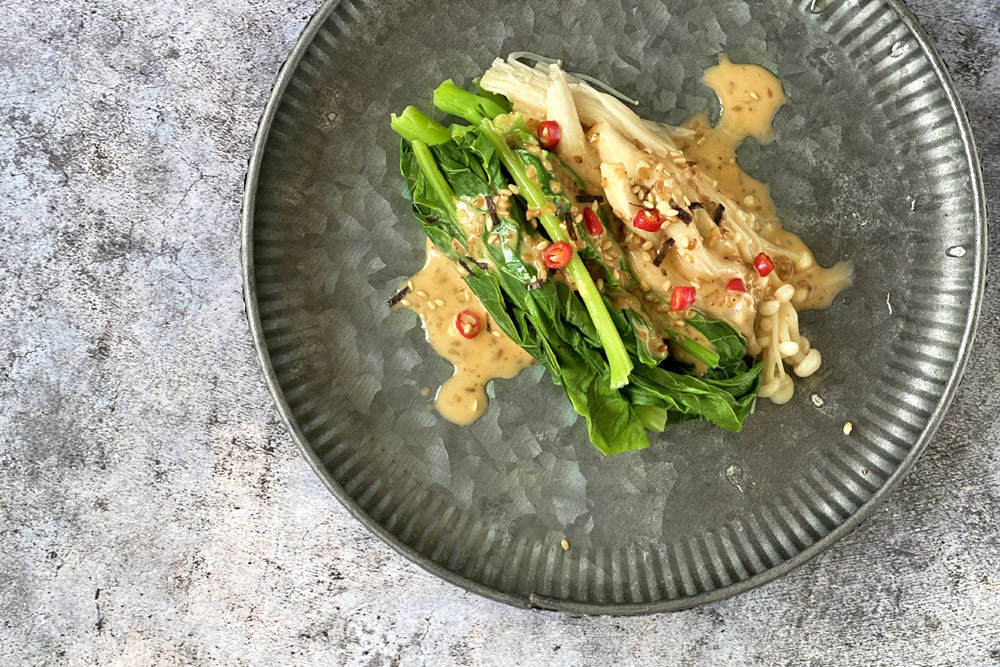 Garnish the dish with sliced 'cili padi' for a burst of colour.

Add the sliced vegetables to the bowl of goma-ae dressing. You may optionally add some goma dare here, if you like. Toss to mix well. Cover with a lid and chill in the fridge for at least half an hour.

To serve, plate the goma-ae vegetables by stacking the sections neatly on top of each other. Garnish the dish with sliced cili padi for a burst of colour. Enjoy with a hot bowl of steamed rice, some cold udon or by itself as a vegetarian main.