Hyo Kimchi: Lovers of K-pop and K-dramas, feast on these freshly fermented Korean kimchi and pickles

Homegrown brand Hyo Kimchi makes a wide variety of kimchi and pickles. — Pictures courtesy of Hyo Kimchi
Follow us on Instagram, subscribe to our Telegram channel and browser alerts for the latest news you need to know.
By Kenny Mah

PUCHONG, Sept 20 — Walk into any supermarket these days and there’s almost always an aisle dedicated to Korean food, from spicy instant ramyeon (noodles) to bottles of Korean pear juice. And kimchi, of course. K-pop and K-drama are huge cultural imports, and Korean cuisine is no different. One could argue no Korean meal is complete without kimchi.

But it doesn’t have to be imported to be authentic. Homegrown brand Hyo Kimchi makes a wide variety of Korean kimchi and pickles, from kkakdugi (cubed radish kimchi) to danmuji (yellow pickled radish).

Hyo Kimchi was started by 22-year-old Chai Kai Wen, a culinary arts major, in 2019. But his journey into the world of fermented foods began much earlier... all the way back in primary school! He shares, "I made kimchi for the first time when I was in Standard 6. I just wanted to try it out as I love Korean food. This was influenced by my mum, she was someone who loved Korean culture - food, drama, songs, etc.”

It was a profound learning process for the impressionable foodie: From slicing the logs of white radish to seasoning the vegetables with gochugaru (Korean hot pepper flakes), everything was new and revelatory.

Attention to detail was key; when spreading the fiery-red kimchi paste on the cabbage, he had to make sure each leaf was completely covered with it.

Chai admits his teenage endeavours were far from ideal: "However, the taste was really bad. I only managed to improve the taste when I made kimchi in Form 3.” Spreading the fiery-red kimchi paste on the cabbage, making sure each leaf is completely covered with it.

The industrious young man didn’t consider taking it further till he was in university, when his family encouraged him to start his own kimchi business.

"When I started selling online, I was in the second year of my diploma,” Chai recalls. "My family members were all very supportive. They made purchases, helped me to share on social media, and introduced my business to their relatives and friends.”

Aided by feedback from his friends, classmates and former colleagues (he had worked at various cafés and restaurants, including a five-month internship at Le Meridien Putrajaya), he kept experimenting with different ingredients and flavours.

Part of the appeal of making homemade kimchi, Chai notes, is how the end product can be more nutritious. Hyo Kimchi founder Chai Kai Wen at a weekend bazaar with jars of his kimchi.

To differentiate Hyo Kimchi from brands of imported kimchi, Chai decided to pack his in glass jars. The logo and initial packaging were simple and minimalist; these were designed by his sister, a graphic designer.

In the beginning, Hyo Kimchi only had one product, red kimchi - which is the common kimchi available in the market. Chai says, "But we improvised the taste to suit the Malaysian palate more. During this time, I handled everything, from taking photos for social media, creating the content, preparing orders, and so on.”

Once the business started to generate more sales, Chai decided to improve the packaging: "We also added the nutrition facts and ingredient list. I also hired staff to help with our production and marketing.” 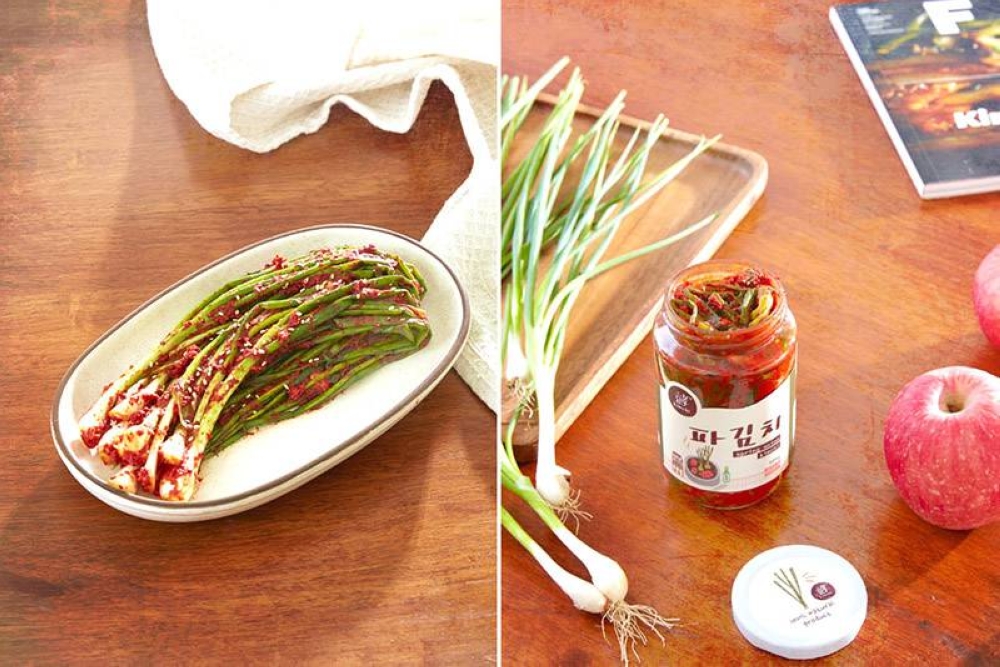 Hyo Kimchi has been growing steadily, even during the pandemic. From an entirely home-based production in the first two years, Chai has now rented a double-storey house in Puchong as office and production space to continue scaling up his operations.

The brand is also Muslim-friendly as he shares: "All of our ingredients used are halal certified. We are also using separate sets of utensils and cookware in making our products.”

Chai adds, "We are serving freshly fermented kimchi. As such, we do not ferment for too long a time so that it can have a crunchier and less sourish taste.” As the vegetables will be eaten raw, one crucial factor is a reliable supplier for fresh vegetables. Chai observes, "Sometimes the price can be higher, and if we opt for a cheaper price, it may not be that fresh and nice. So we still decided to pay more because we know that quality is the only way to keep our regular customers.”

As a small business owner, Chai is no stranger to sacrifices. The young entrepreneur decided not to further his studies after completing his culinary arts diploma as he wanted to focus on Hyo Kimchi.

He says, "I know that it is very difficult to pass the whole production to my staff. I do not want inconsistent quality. I still have the chance to study in the future, but if I miss this opportunity, my business may not work out.”

Chai plans to launch one to three new products every year. He adds, "We are in the midst of finding more suitable stockists to sell our kimchi, and hope to move our production to a shop lot/factory.” Also on the to-do list: obtaining halal certification, HACCP, and expanding internationally. However, Chai wants to grow organically: "It takes time as we’re still a small business now. We also dream to have our own restaurant where we can serve our kimchi to more and more customers.”

For now, Hyo Kimchi’s customers can enjoy their fermented and pickled delicacies at home. I reckon their latest product, jangajji (pickled onion, pepper and garlic), which is made with organic soy sauce, would go great with a simple bowl of hot steamed white rice.

It’s like bringing the soulful taste of Seoul into our kitchen. Now, which K-drama shall we watch while enjoying this meal...