Want an affordable Western meal that is RM18 and below? Visit Muse by Gest at PJ's Cookhouse Seventeen Mall

PETALING JAYA, Nov 29 — When it comes to wallet-friendly meals, I often have to rack my brains to think of a place.

With the opening of Muse by Gest last week, this will be my go-to spot for eggs Benedict with bacon or the classic French dish of chicken confit paired with puy lentils. If I crave rice, they also make a pan fried Iberico pork patty with Japanese Nishiki rice.

Muse by Gest is not any ordinary eatery. This place hidden within Cookhouse at Seventeen Mall is actually under the watchful eyes of chef Daniel Cheong.

Formerly from Sage Restaurant and Bar, Cheong had worked in French cuisine for more than 20 years. He first trained under chef Ken Hoh who helmed Cilantro Restaurant.

Later it was with Takashi Kimura who still manages the restaurant that is well regarded as the grand dame of French cuisine using Japanese produce.

When their sister restaurant Sage Restaurant opened at the Gardens Mall, Cheong was picked to head the kitchen there. As Muse by Gest is a training ground for chefs, chef Daniel Cheong has worked with his band of chefs to produce the French brasserie style dishes

In May this year, Cheong retired from Sage but was coaxed out from retirement to become a consultant chef for Gest, a restaurant with an "East meets West" concept.

The person behind Gest is chef Chin Jin Fah who owns the crowd favourite Chinese restaurant, Extra Super Tanker. The restaurant will be located on the 30th floor of 1Powerhouse at Bandar Utama. It is slated to open next year, possibly by the first quarter.

As part of Gest's development, Chin set up Muse by Gest at Cookhouse. "It's a playground to test out concepts and recipes," explained Cookhouse founder Huen Su San. 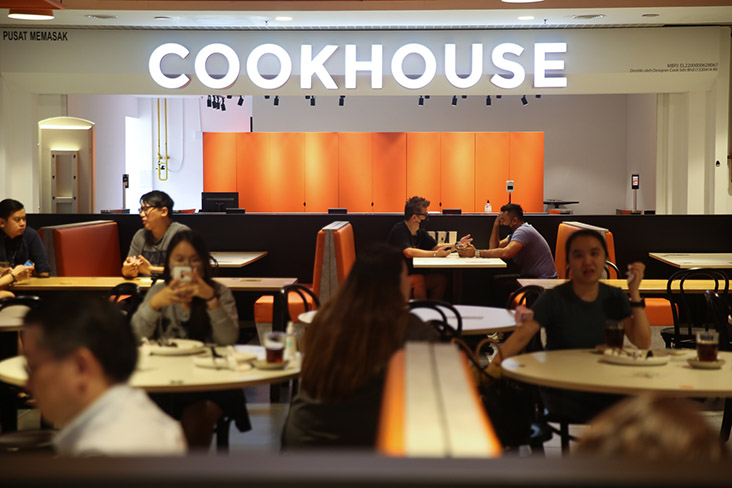 They kicked off last week with a small French brasserie style menu with eight items. Currently it's only for dine-in customers. The menu is made up of starters and main dishes that range from RM10 to RM18.

As Cheong has worked with classic French dishes with Japanese twists, it's also reflected in these dishes. Hence there's a Japanese slant with his Iberico pork patty or the use of Japanese soy sauce in many of the dishes. You also have the classic French puy lentils too.

Cheong is also a huge fan of truffles so don't be surprised to find it anointing many of the sauces and dishes here. It's a restrained touch of truffle oil that enhances the dish rather than drowning its actual flavours.

You will be surprised to find items such as classic eggs Benedict and a Warm Egg Mullier with truffle oil. Cheong got the inspiration to serve these all-day breakfast items after observing how popular they are with a cafe at Mid Valley Megamall he would walk by on the way to work.

What's amazing is his Classic Eggs Benedict is probably one of the best I have tasted. He builds the layers with a well toasted French brioche, oozy centred poached eggs and a dreamy hollandaise sauce laced with truffle soy. Priced at RM15, I would gladly visit Muse by Gest for my breakfast fix, as it will cost me almost half of what I pay in any cafe. They serve one of most affordable classic Eggs Benedict in town with hollandaise sauce, poached eggs and bacon on top of French brioche

The classic French dish with a rich satisfying puy lentils is paired with chicken confit (left). For a simple start to the day, try the Warm Egg Mullier with Truffle Oil that is served with French brioche (right)

On the other end of the spectrum, the Warm Egg Mullier is a simpler dish with its soft boiled eggs delicately paired with a truffle soy sauce. The French brioche has a lovely fine texture where it's toasted well and you can just enjoy eating it on its own.

As the prices are kept low, Cheong sources local produce in the market himself. It's been a learning curve for the chef too. "I had to challenge myself to do that with local produce as I've been used to overseas produce all this time," said Cheong.

Hence you find chicken confit rather than duck confit here. It works well to become a satisfying meal for RM15, when paired with the puy lentils cooked in a deep, robust broth.

What anchors each dish is Cheong's mastery with sauces. For instance, their Pan Roasted Barramundi (RM18) would have been an ordinary dish but it gets elevated with a luscious beurre blanc sauce. Even the simple Pomme de Frite (RM12) which is essentially French fries to snack on is given an addictive truffle soy sauce mayonnaise. 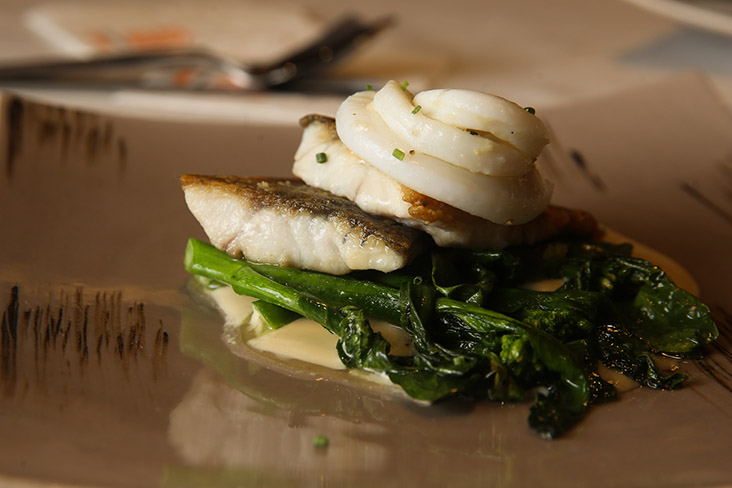 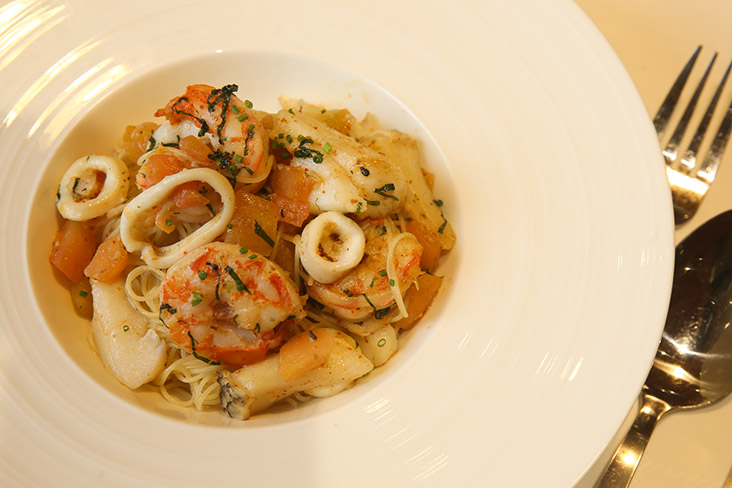 With his King Salmon Tataki (RM13), sliced raw salmon is given a sweet and salty flavour with a gentle garlic scented soy sauce with mirin. You may mistake their Seafood Capellini (RM18) as an Asian dish with its thin strands but Cheong uses prawn oil to infuse it for extra flavour.

The Pan Fried Iberico Pork Patty with Nishiki Rice (RM17) is pure comfort. The honey soy sauce glazed patty uses a mix of meat and fat to give a juicier bite that goes well with rice.

Their Pomme de Frite is an addictive dish with crispy French fries paired with a luscious truffle soy mayonnaise (left). Start your meal with the refreshing King Salmon Tataki that has a sweet and salty flavour (right) 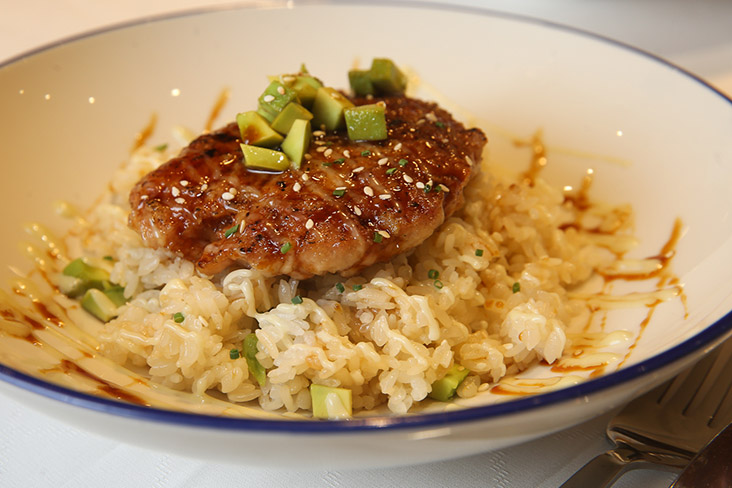 When you visit Cookhouse, you won't be able to see Muse by Gest at the kiosks outside as they prefer to work in the kitchens hidden inside. Just order your food via the machine or through their app and they will send over the food by trolley.

As there are other eateries under the same roof of Cookhouse, you can also order a selection of other eats such as roast meats or even bak kut teh. There's also dim sum and Japanese food. Do try the grilled salmon belly from Ryusei for RM38 where it pairs crispy skin and juicy fish.

The Cookhouse also offers a spacious and well ventilated space that you can enjoy all the food in comfort.