CMCO delivery: Get a taste of Pahang's Sungai Lembing noodles and coconut biscuits

KUALA LUMPUR, March 22 — With state borders still closed, there are entrepreneurs offering a variety of items from various states. Whether it's banana cake from Johor's Hiap Joo Bakery or chee cheong fun from Teluk Intan, you're spoiled for choice.

I came across one seller bringing in Sungai Lembing noodles and biscuits. As it is something new to me, it piqued my curiosity.

Previously a tin mining town in Pahang, Sungai Lembing rebranded itself as a popular tourist spot. Many flock there also for their simple fare.

From what I read, you will find stalls in the town serving a simple bowl of noodles, tossed in soy sauce and oil. Usually, this would be paired with another specialty of the town, beancurd made with mountain water or san sui tofu.

This seller brings in the freshly-made noodles. You get a one kilogram packet for RM10, which can easily feed five to six adults. The yellow, flat noodles have a slight bounciness when you remove it from the packet. It seems only egg and flour is used to make these noodles. 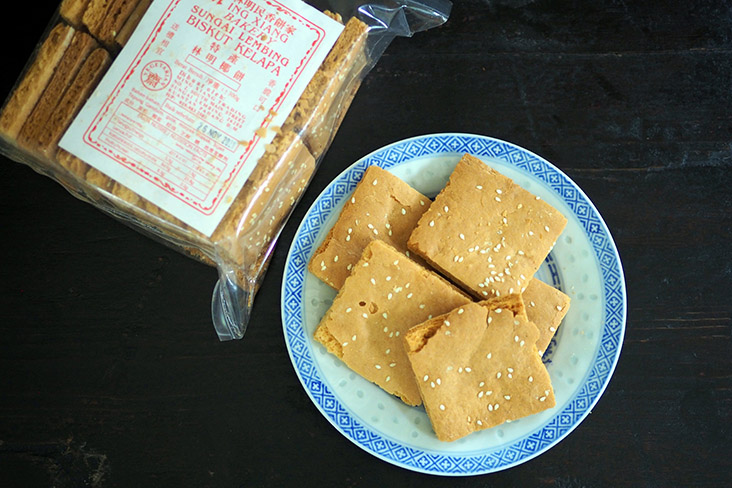 You can also buy coconut biscuits from Sungai Lembing.

In addition, they also sell the mixing sauce for the noodles. This is sold in a 500 millilitre bottle for RM18. The sauce uses a 3:1:1 ratio of light soy sauce, thick soy sauce and fragrant shallot oil.

It's for multi-use and they advise you can use it for frying, braising and even oven cooking. On its own, the sauce has a mild taste.

The texture of the noodles is nice with a more natural bounciness versus those ones that use alkaline water. When tossed with the mixing sauce, the noodles have a very light taste of the soy sauce.

If you prefer a heavier taste, you may want to pair it with some braised meat. As I didn't have any char siew that day, my bowl of noodles was a simple one with minced chicken and blanched baby kailan. 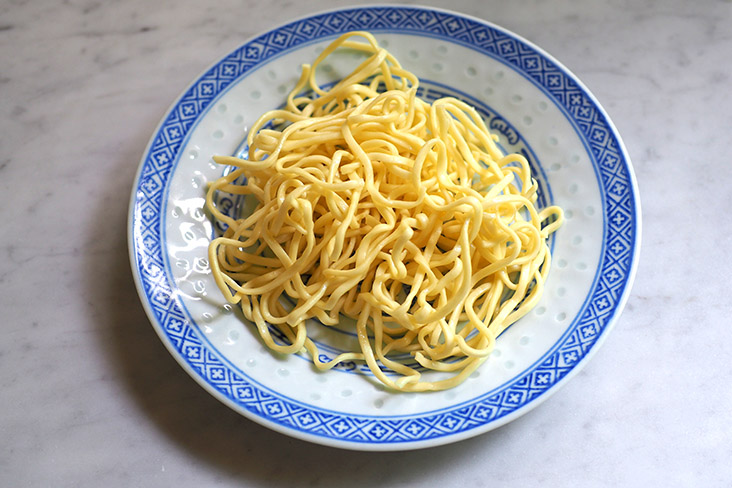 The noodles, made from eggs and flour, can last for three days in the refrigerator.

It's best to consume the noodles as soon as possible for a better texture. The noodles can last about three days refrigerated. It's not possible to freeze them so if you're a small family, share out the noodles with others.

In addition, they also offer two types of biscuits for sale. You have the coconut cookies which is RM18 for two packets. There are also ribbon biscuits where three packets are sold for RM18.

The coconut biscuits are made from coconut milk, wheat flour, sugar and oil. Each biscuit is topped with a few sesame seeds and it has a fine, crispy texture akin to a rusk.

While the coconut taste is not very evident, the texture of the biscuit is nice and not overly sweet. Pair it with a cup of hot coffee for a tea break.  These biscuits are from Ming Xiang Bakery and marketed as vegetarian biscuits.

For my purchase, I went to one of their designated pick up points. There's Cheras (Taman Yulek or Cheras Leisure Mall), Pandan Indah or Taman Muda. According to the seller, they can also arrange to send the goods to you via a third party delivery service. They will do the delivery on Saturday and Sunday. 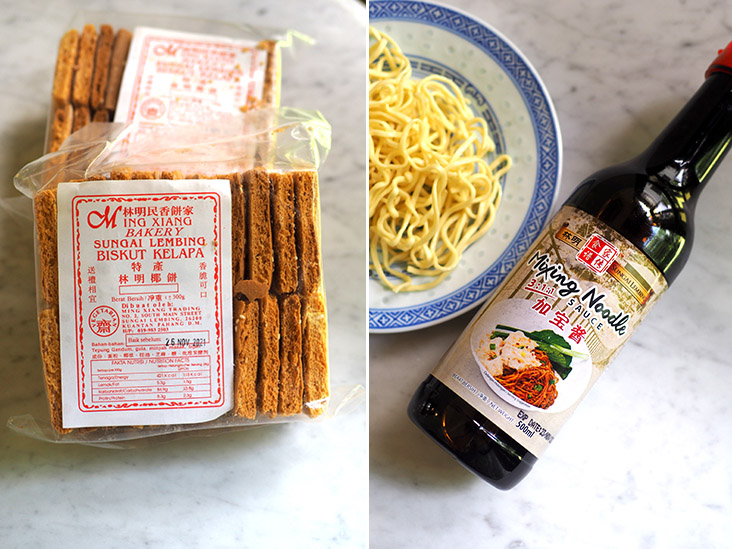 The biscuits are made with coconut milk but the taste is very mild (left). You can also buy the mixing sauce in a bottle to use with the noodles or cook other dishes (right).

For future orders, they have not confirmed the next date at the time of writing; it may be middle or end of April.

However, they may consider doing it earlier if they receive enough orders to purchase the noodles and biscuits from Sungai Lembing.

Sungai Lembing noodles and biscuits, Kuala Lumpur. You can WhatsApp 012-5287463 to place your orders. They will also be offering other items from Melaka like bak chang, lui cha and braided man tou for the month of April.