GEORGE TOWN, Jan 24 — When Tan Kong Chye arrived in George Town back in the 1930s, he started a small coffee shop business with his wife selling drinks and toasted bread to customers of hotels along Transfer Road.

At that time, they were poor and could barely get by so his wife often cooked porridge for their own meals at the coffeeshop which they named See Kong Ooi. Sometime in the 1960s, their clientele grew as more customers frequented the hotels nearby when the area became a burgeoning red light district. Customers began asking for some of the porridge Tan and his wife ate and so his wife started cooking extra portions. By the 1970s, they had expanded the menu to include some ready-cooked dishes and rice along with the porridge.

“That was when some customers suggested that they start cooking hot meals according to customers’ demands instead of only providing only porridge and economy rice,” Tan’s grandson Peter Tan said.

So, See Kong Ooi became one of the first few restaurants to offer home cooked meals according to customers’ demands, known in Hokkien as chu char (translated to mean cook and fry) restaurant. 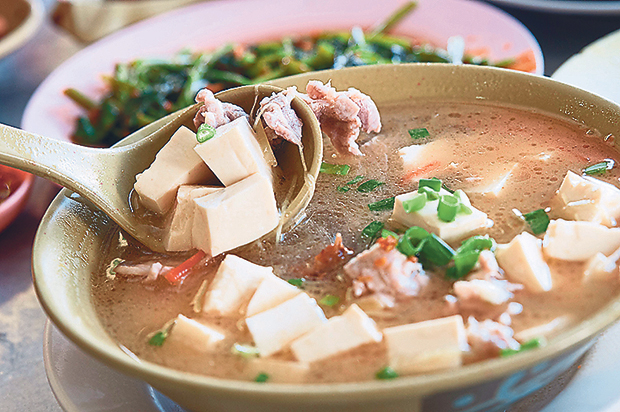 Since both Tan and his wife were not chefs or cooks, what they offered were traditional home dishes that his wife often cooked for the family.

Dishes such as steamed minced pork patty with salted fish, soybean sheets and pork soup and other Hock Chew dishes were introduced since Tan is a Hock Chew from the Fujian province in China.

“Hock Chew dishes are slightly sweet and it doesn’t really suit the local tastes so over the years, we changed some of the dishes to suit our customers’ tastes... now we offer mostly a mix of Cantonese, Hokkien and Nyonya dishes,” Peter said.Peter, 43, is the third generation Tan to take over See Kong Ooi after his father died in 2008. However, the restaurant was not always the thriving success it is today.

“After my father died, things went downhill... his friends who were our regulars stopped coming, we were struggling to get by and this was compounded by the road works in front of our restaurant in 2009,” he said. For almost a year, during the length of the road works, the restaurant suffered and was almost forgotten.“Fortunately, a Chinese newspaper featured us as a traditional restaurant at that time and business began to pick up,” he said.

The restaurant met with another obstacle in 2012 when its landlord wanted to sell the premises it was renting; a spacious, double-storey pre-war building. Till today, the building along with its adjoining units are yet to be sold and this is one worry that hangs over Peter’s head daily.

“We have been worrying over this for all these years, we really have nowhere to go because property in George Town is too exorbitant for us to buy up another place to shift to,” he said, adding that rentals within the Heritage Zone have also shot up to almost ridiculous levels.

Despite not knowing when they might be evicted from the premises where his grandfather first started the coffee shop almost 80 years ago, Peter said nowadays, he concentrates on ensuring business remains stable. 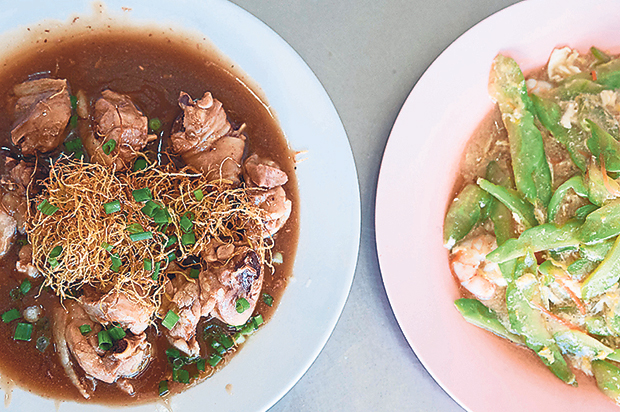 Like his grandfather, the former architect was not a professional cook until his father insisted he quit his architecture job in the UK and come home to help out with the family business.

“This is my grandfather’s legacy, we must keep it alive so I came back and started learning the ropes as the cleaner, server and dishwasher,” he said with a laugh.

Today, Peter is the head cook of the restaurant and he serves up traditional dishes of varying origins every day. He trained under the restaurant’s head cook for many years before taking over. Over the years, the restaurant has introduced dishes like belacan fried chicken and their signature asam stingray curry. The steamed minced pork patty with salted fish remains as one of their top dishes along with stir fried bitter gourd, stir fried beancurd with leek and sesame sauce chicken.

Their stingray curry is a thick spicy concoction with just the right balance of asam providing the sourish notes to the rich curry. The steamed minced pork patty with salted fish, which was a main feature in many homes in days gone by, is one of tender minced pork given a salty and slightly fishy twist by the salted fish and topped with ginger to cut out the strong pungency of the salted fish. 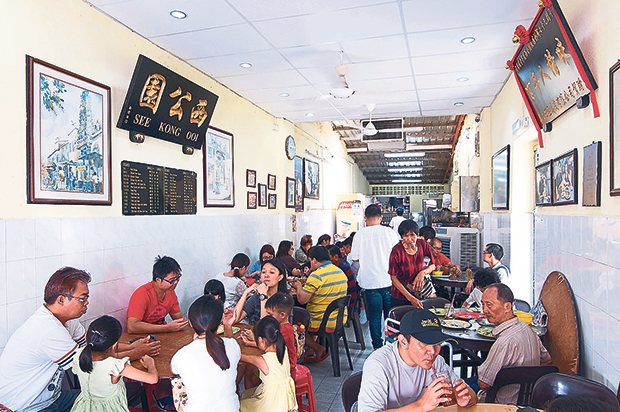 The restaurant is always packed especially during lunch hour

The restaurant is usually packed on weekends and sometimes weekdays too so do go early or call to book a place but despite the crowd, food is usually served rather fast.