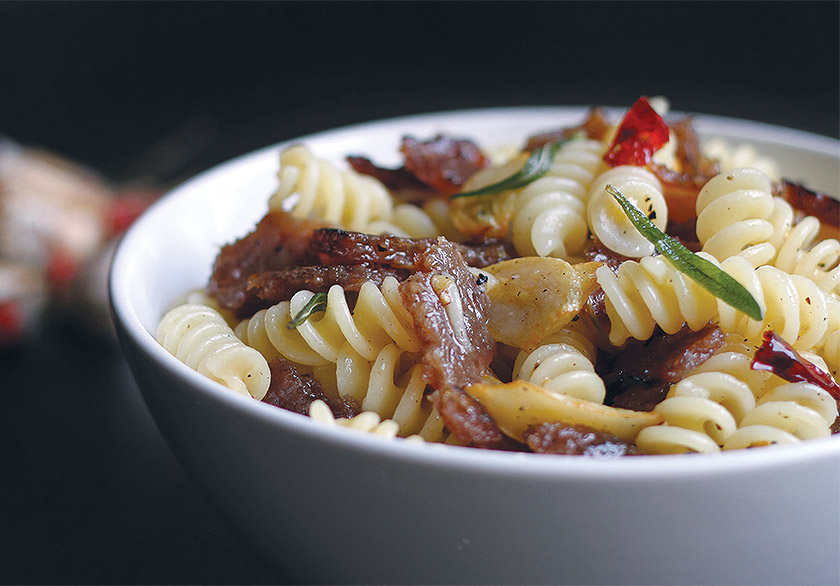 KUALA LUMPUR, April 20 — It is the first week of Chinese New Year and we are about to starve.

Most of the restaurants near our home are closed for the celebration. There isn’t much food in our larder beyond half a bag of pasta, some dried chillies and a few pieces of leftover bakkwa we haven’t devoured yet.

My partner and I are impossibly lazy so driving to some far-off locale for a meal or to do grocery shopping is out of the question. Instead we have transformed into couch potatoes gorging on a steady diet of festive movie marathons.

Yet fasting during Chinese New Year seems like sacrilege. What could two sloths do?

I remember another, earlier, time when I had been in danger of perishing from starvation. This was more than 12 years ago when I was studying in Munich. I would frequently drop by my Italian friend Manuel’s dorm room at Studentenstadt (literally “Student City” in German) for meals and vice versa.

This was when I first tasted spaghetti aglio e olio, the most basic of pasta recipes. Yet when it is done right with simple and good ingredients, it can be sublime. Needless to say, this was an indispensable option in our supper repertoire since dining out in Germany was hard on a meagre student budget.

Spaghetti aglio e olio basically means “spaghetti with garlic and oil” in Italian. This classic pasta dish originated from the Abruzzo region in central Italy. Another popular version includes dried red chili flakes, which makes it spaghetti aglio olio e peperoncino. Freshly grated hard cheese such as Parmigiano-Reggiano or Pecorino Romano is sometimes added, though this is not traditional.

My mild-mannered Italian friend would probably balk at the thought of me interfering with this time-tested recipe but I have this brilliant notion of adding what amounts to pork jerky (the aforementioned bakkwa) to the dish. After all, waste not, want not. (His Italian mamma would probably agree.)

Also known as rougan in Mandarin, bakkwa is a savoury-sweet dried meat delicacy from the Fujian province in China. Slices or flattened sheets of meat are marinated in sugar, salt, soy sauce and spices before being dried on racks. Pork, beef and mutton are commonly used. In Malaysia, the meat is often grilled over charcoal to impart a smoky flavour.

Also, you don’t really know how something is going to turn out unless you try. Isn’t this how new (and delicious) dishes are discovered throughout the history of culinary creation?

This spirit of innovation is also one of learning and instruction. Apparently my better half doesn’t even know how much water or pasta to use.

“It’s easy,” I say, “simply put a big pot of water to boil and make sure it’s generously salted.”

I always add some oil to the water to make sure the pasta do not stick together; I’m not patient enough to stand guard over the pot, stirring continuously, you see. While the pasta (fusilli rather than spaghetti, because that was what we had) continues to cook, I heat up a saucepan. A generous dash of good olive oil later, I throw in some sliced garlic, dried chilli and coarsely cracked black pepper.

Adding the black pepper now rather than sprinkling it over the finished dish later as an afterthought, I find, releases more spicy savour and fragrance. Our small rosemary plant in the balcony is still alive despite our neglect so in goes a few aromatic leaves. The sizzling pan perfumes the entire house.

“How do you know when the pasta is done?” my partner asks.

You may have heard of an Italian home cook attempting an Olympic-scale javelin throw by throwing half-boiled pasta at his kitchen wall to see if it sticks or falls off. Manuel had shared this method with me too, but he preferred spooning a single noodle from the pot and taking a bite gingerly to check if the pasta is almost al dente (“to the tooth”).

Naturally, I follow his sensible lead to avoid making a starchy and oil-slicked dartboard of my walls.

When we finally dig into our bowls, the taste first invokes the memory of Manuel cooking spaghetti aglio e olio for me at Studentenstadt. He always added extra garlic for me due to my near-fanatical fervour for this pungent allium. I would grind copious amounts of black pepper over our plates of piping hot pasta.

Beyond the fiery notes, my version with an Oriental twist has a more caramelised, smokier taste compared to Manuel’s. The spiralling curls of the fusilli carry more of the sauce than spaghetti would. The addition of bakkwa makes our meal sweeter, deeper in flavours and meaning. This is a dish entirely our own, and a surely a reason to celebrate.

I do feel a bit silly writing a recipe for this since it is so simple. I have substituted the traditional spaghetti with fusilli (long, thick, corkscrew shaped pasta) as I find its shape holds more of the aromatic oils.

You may use the classic spaghetti instead of fusilli but if so, do shred the bakkwa into smaller pieces. If you don’t have dried red chillies, you may substitute chili flakes (peperoncino) for them. This is delicious with a glass of sparkling water (add a good squeeze of lemon to make it more refreshing).

Heat oil in a pan over medium heat. Lightly sauté garlic, dried red chillies and black pepper. Cook for a couple of minutes until garlic is golden. Stir in fresh rosemary and remove from the heat. Meanwhile, boil pasta in plenty of salted water according to package directions. Drain pasta and toss in sauce. Add bakkwa; toss evenly with sea salt to taste. Serve immediately.