JANUARY 10 — In light of the recent announcement by the New Zealand government to ban cigarette and tobacco smoking for the next generation of Kiwis, the discourse on creating a smoke-free environment has become more rampant globally.

Many countries are contemplating whether they should follow New Zealand’s radical footsteps.

As for Malaysia, there has always been pressure from public health advocates to outlaw cigarettes and smoking. Certainly, a complete ban on tobacco smoking and cigarettes seems ideal for Malaysia as it will reduce the harmful consumption of tobacco and improve public health for the next generation.

However, it can also be seen as inhumane to force Malaysians who suffer nicotine addiction to stop smoking cigarettes. There are even arguments against New Zealand’s move, saying that it will limit consumers’ freedom of choice and somehow violate human rights.

While recognising that vaping products are not completely harmless, the New Zealand Ministry of Health acknowledges that vaping has the potential to contribute to the nation’s Smokefree 2025 vision. Furthermore, New Zealand encourages vapers to seek the support of stop-smoking services.

New Zealand puts us in a position for thought. While we aim to cut down tobacco smoking, there must also be a pragmatic way for smokers to reduce their reliance on cigarettes. Fortunately, Malaysia is heading in the right direction in finding this solution. 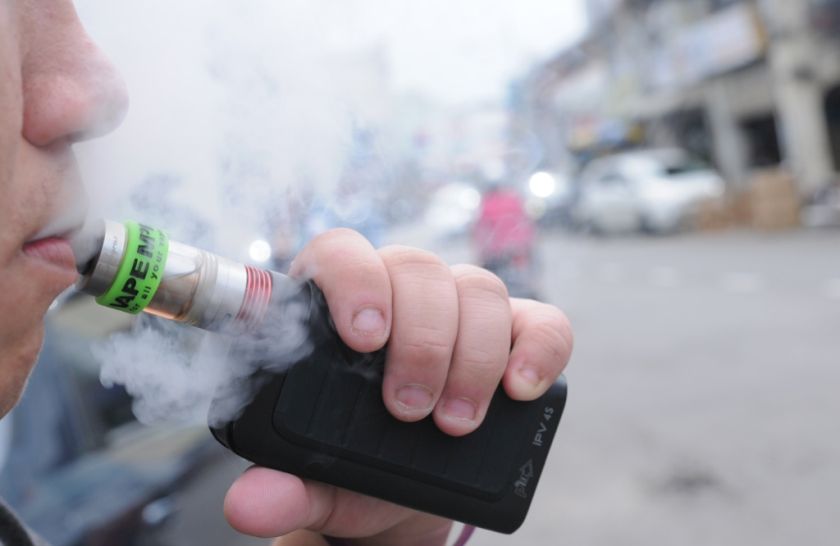 While recognising that vaping products are not completely harmless, the New Zealand Ministry of Health acknowledges that vaping has the potential to contribute to the nation’s Smokefree 2025 vision. — Picture by KE Ooi

This announcement has also sparked debate among the Malaysian public. On one hand, there are calls for a restriction or a complete ban on vape and vaping products as well. The reasoning is that vape and e-cigarettes are still dangerous, a claim which is supported by the Ministry of Health.

On the other hand, the excise duty is seen as a promising progress, especially among the proponents of tobacco harm reduction strategies.

More significantly, the taxation on vape products is a sign that the government is beginning to recognise the vape industry, which was valued at RM2.27 billion as of February 2021. The legitimisation of vape devices and products is vital if Malaysia plans to phase out cigarette smoking among its citizens.

While vaping is not completely risk-free and safe from any health hazards, Public Health England states that vaping is at least 95 per cent less harmful than smoking.

Expert independent review by Public Health England concludes that some non-combustible nicotine products such as e-cigarettes, which have the potential to help smokers quit smoking, are around 95 per cent less harmful to health than combustible tobacco.

Therefore, in the process of banning tobacco smoking, the Malaysian government must also allow current smokers to use safer alternatives that can help them reduce conventional cigarette consumption.

In this sense, Malaysia should follow New Zealand’s footsteps. New Zealand has had a steady decline in smoking rates among adults (from 16.6 per cent in 2014/2015 to 13.4 per cent in 2019/2020) due to their recognition of safer alternatives to cigarettes.

Meanwhile, with tobacco harm reduction approaches not being prevalent here, Malaysia has hardly made a dent on the smoking rates.

We still need to understand the behavioural and cultural contexts of both cigarette smokers and vape consumers in Malaysia before setting an ambitious goal like New Zealand.

What is more important is the encouraging institutional framework to achieve the healthiest outcome given the current circumstances. We cannot simply force smokers to quit cigarette smoking right away without the right aids, which, amongst the already recognised nicotine replacement therapy interventions, also include the non-combustible nicotine products as less harmful substitutes.

Again, in Malaysia, the excise duty on vaping products is the first step towards the legitimacy of the e-cigarette industry. It should be noted that there are still other issues with the taxation, such as the tax rates for the alternative products are not risk-proportionate in comparison to cigarettes, which may essentially deter smokers against switching from smoking cigarettes to using safer alternatives.

Nonetheless, these issues can be rectified as we move forward. It is a learning process for Malaysia.

* Fariq Sazuki is an economist at Bait Al-Amanah.