OCTOBER 1 — There is an immediate need for law reform.

Wan Junaidi was referring to the need for an anti-hopping law to ensure confidence and good governance in Malaysia.

“Some countries like India, Singapore and the United Kingdom (UK) have the anti-hopping or anti-defector law or amendments to the related laws including the Constitution that provides for expulsion or vacation of seats of the hoppers,” the minister said yesterday.

It is by way of reforms to the law that such countries have such laws. Law reform is essential to any legal system and to any country.

The law must not stand still. It must keep abreast with time. It must be subject to a “systematic development and reform, including the elimination of anomalies, the repeal of obsolete and unnecessary [legislation], the reduction of the number of separate [legislation] and generally the simplification and modernisation of the law.” (see Section 3 of the UK Law Commission Act 1965)

One of the most effective ways to achieve this is through an independent law reform body, like the UK Law Reform Commission. Established by an Act of Parliament — Law Commission Act 1965 — it serves to keep the law of England and Wales under review and to recommend reform where it is needed.

The aim of the Commission is to ensure that the law is fair, modern, simple and cost effective.

There are similar bodies throughout the world. According to former Court of Appeal judge Datuk Seri Mohd Hishamudin Yunus, the establishment of these law reform bodies stems from the realisation that it is virtually impossible for the legislature alone (i.e. Parliament) to monitor every area where law reform may be needed.

In India, law reform commissions were constituted by the government from time to time and were empowered to recommend legislative reforms with a view to clarify, consolidate and codify particular branches of law where the government felt the necessity for it. The first post-independence commission was established in 1955.

In Singapore, the Singapore Academy of Law Act 1988 establishes a law academy with 13 functions, one of which is to promote legal research and scholarship and the reform and development of the law. (see section 4).

Pursuant to this function, a Law Reform Committee is formed to consult widely and recommend to the relevant law-making bodies areas of law that need reform. The committee’s recommendations in the past can be seen in a number of reforms in “discrete areas of law not confined to any particular field or doctrinal area.”

From the above, it can clearly be seen that a law reform commission or body is one that is established under the law — making it a statutory body — to review various areas of law and to recommend changes. Such a body is independent of the government, “predicated on the assumption that independent thinking will produce better law.” (Mohd Hishamudin Yunus, “Creating a Law Reform Commission in Malaysia” 2016)

It is not that the country is without a law reform body. There is the Malaysia Law Reform Committee (MLRC) established in 2009. It was the first move to establish a general law reform body in the country. Its primary purpose was to review and suggest changes to outdated laws.

But as rightly commented by Hishamudin, it was headed by a minister in the Prime Minister’s Department responsible for judicial and legal affairs and therefore not an independent law reform body.

“The members of the MLRC are mainly legislators from the ruling party and officers from the Attorney General’s Chambers, with one representative each from academia and the Bar Council. None of the members of the committee are devoted to the task full time.”

A member of the committee Associate Professor Azmi Shahrom, who represented the academic, once wrote:

“The MLRC also did not have any real authority and hence, if I am to be brutally honest, we were not taken particularly seriously.”

What’s needed, therefore, is a “properly constituted and funded commission, with public participation.” 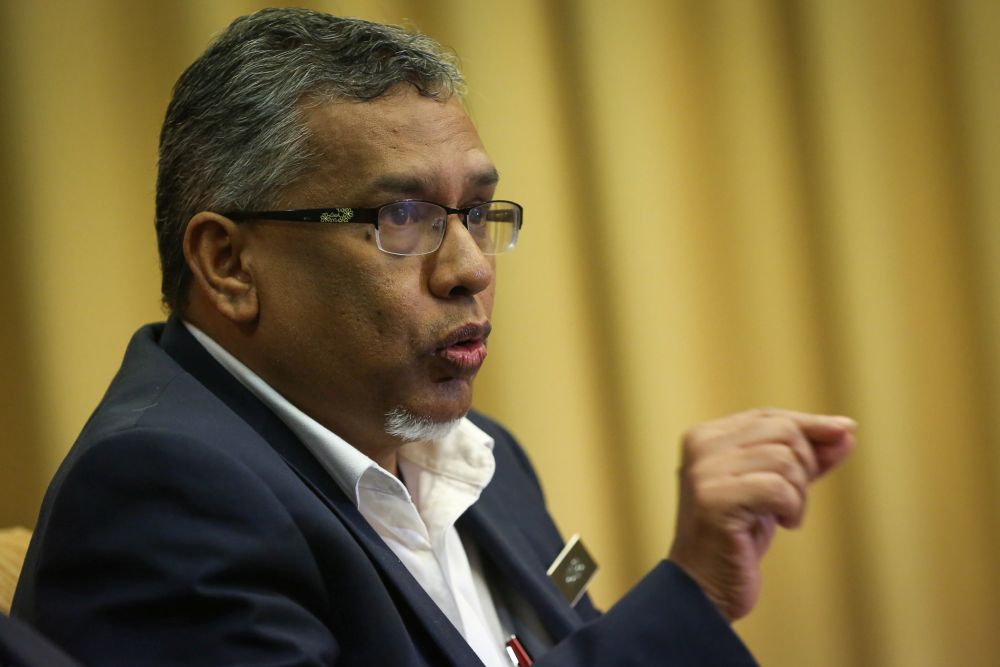 Then deputy minister in the Prime Minister’s Department Mohamed Hanipa Maidin went on a visit to India to meet officials from government legal agencies there to learn how the Law Commission of India functions.. — Picture by Yusof Mat Isa

It is not that there has been no government commitment to establishing a Law Reform Commission in the country. The Pakatan Harapan (PH) government was one. Its commitment manifested itself when then Deputy Minister in the Prime Minister’s Department Mohamed Hanipa Maidin went on a visit to India to meet officials from government legal agencies there to learn how the Law Commission of India functions.

“As Commonwealth countries, we share many similarities in our government institutions. We hope to gain from the expertise of countries such as New Zealand, Australia and India in setting up Malaysia’s Law Reform Commission,” Hanipa told Bernama.

According to Hanipa, the government had engaged with the Bar Council of Malaysia, non-governmental organisations (NGOs) and other stakeholders to seek their ideas. Once the government completed the necessary studies, a Bill would be drafted to set up the commission, he added.

Will Parliament get to see such a Bill?

Reform is a much-hyped word these days. A law reform commission, though, appears to be overlooked. Unfortunately.

Hopefully, it is not forgotten.