They give us a clear idea of the new scenario we will face in the coming weeks which all Members of Parliament, in their meeting beginning on Monday, have to address.

There are three elements of caution in interpreting the daily data. First, daily cases are highly volatile and so it is better to look at weekly averages to smooth out the daily spikes.

Nonetheless the Ministry of Health (MoH) and other experts have indicated clearly that cases will rise significantly in the coming days and weeks, especially following the Raya holiday earlier this week.

Second, as is now well-known, data on new cases are sensitive to the number of tests and so indicators such as the percentage of positive cases, or the positivity rate and the R-0 or infectivity rate must be used to interpret the data over time.  These show that the spread of the disease is far from under control.

Third, we need to look at the impact and severity of the virus and the best indicator of that is data on deaths. This can be affected by different lags in the pre-Delta and Delta phase, cumulating the deaths and creating extra fatalities in the short-term.

Even though the recent data on new cases has been alarming, the Director General for Health, Tan Sri Noor Hisham has been quick to point out that 98 per cent of cases are Category 1 (no symptoms) and Category 2 (mild symptoms). This severity indicator is essential to put the number of cases and the best management and treatment options into context.

It is important to note that the vaccination rate, although a key indicator for the National Recovery Plan (NRP), may not be helpful in predicting future cases.

Data from the United Kingdom shows that even with close to 70 per cent of the population partially vaccinated and 55 per cent fully vaccinated, the number of cases has risen from a seven day average of 1,800 per day in May to around 46,000 today.

In Israel, which also has a high vaccination rate around 60 per cent, the seven day average at the end of May was 15 cases but is now around 1,700 per day.

Isreal’s Health Ministry has produced a study on the impact of the Delta Variant and the Pfizer vaccine which shows the efficacy, or protection from being infected, is only around 39 per cent, even though there is a high rate of 91 per cent protection from serious symptoms. 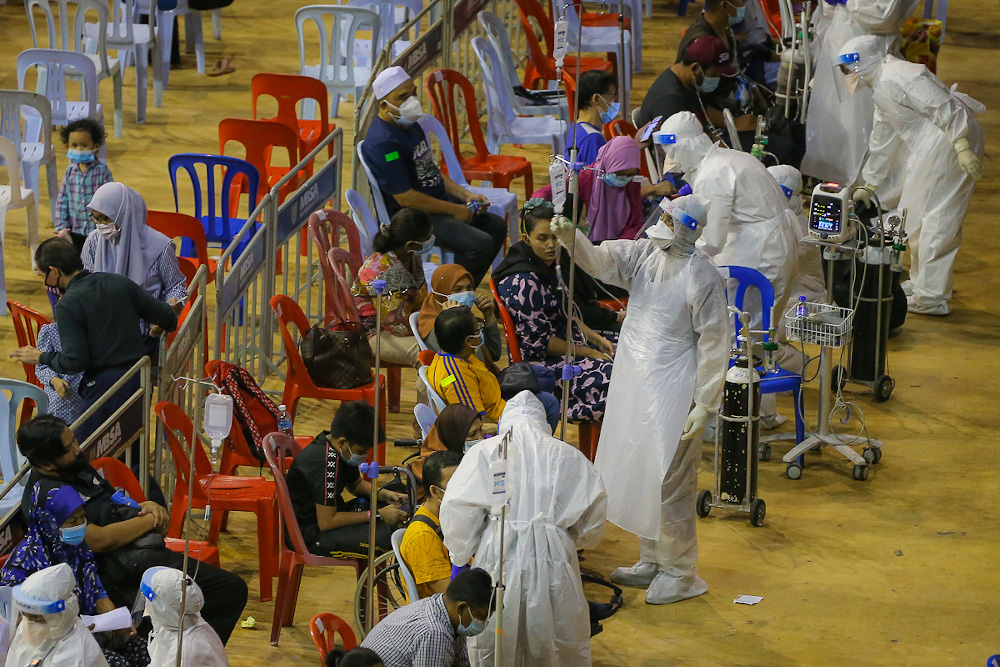 So based on international experience, we can expect an increase of new cases in the next few weeks and even as the vaccination rate rises, the number of cases may also be stubbornly high.

This is why a change in the signals from the government is helpful and reassuring in understanding how policy might evolve in the coming weeks.

First, there is a very sensible signal from the Minister of Finance, Tengku Zafrul that, subject to approval from experts, the number of daily new cases may no longer be used as the primary guide to the NRP and may be replaced by severity indicators and deaths.

Second, the signal from MoH that a wider range of therapeutic medicines are already being used is also a very sensible move. These include the anti-rheumatic treatment dexamethasone, which is also used for asthma and respiratory illness and baricitinib, which is a drug used to treat rheumatoid arthritis.

These are being used “off-label” which means that the medicines are used to treat Covid-19 even though they have not been approved for that purpose.

It shows an openness in MoH to try whatever can be effective and should help to overcome the hesitancy toward other possible treatments such as ivermectin, a medicine the DG has said he used himself “off-label” for treatment of dengue.

Respected peer-reviewed meta-analysis has shown that this medicine can be effective and the MOH is conducting trials here in Malaysia on its potential use.

These changes in policy tone are in-line with our recommendations on how the economy can be reopened responsibly by combining multiple policy approaches including complimentary treatments, such as Ivermectin, dexamethasone and baricitinib, to quickly revert the trend and severity of cases and retake control of the management of the virus.

Reducing the number of cases and deaths in this way is not possible with vaccines alone because that effect takes a longer horizon of weeks or months, as shown by MoH projections.

Only once the process is on a clear downward path for all indicators, especially severe cases and deaths, can we be sure that the alternative management and early treatment works and that a responsible reopening of the economy is possible.

This is why even non-medical experts must follow and understand the data and the evolution of the virus and must learn from the experiences of other countries so that we can make the correct policy choices.

According to our analysis, the future prospects for the economy depend crucially on the ending of lockdowns. This depends on the projected path of the virus which in turn depends on the policy used to manage the crisis.

By looking at the economic impact of different policy paths we can see that the changes in policy signalled by recent announcements are important discussion points between the government and parliament to decide on policies that can change the whole picture.

Economic recovery can follow quickly from a new scenario for the management of the health challenges and we should all welcome the changes in tone that we have seen on this in the last few days.