Is the Apple Watch Series 7 your 2022 resolutions buddy?

The new Apple Watch Series 7 has enough tweaks to not call it just an incremental upgrade. — Picture by Erna Mahyuni
Follow us on Instagram, subscribe to our Telegram channel and browser alerts for the latest news you need to know.
By ERNA MAHYUNI

KUALA LUMPUR, Jan 4 — It's a question I often get asked, and a question many people ask themselves as soon as a new year begins: “Should I get an Apple Watch?”

The answer I give when I am either sleep or caffeine-deprived is also a question.

Fortunately I had a cup of tea before writing this so here's the longer version of whether or not you should get the latest Apple Watch, the Series 7, or cast your eye upon older and cheaper models.

Is the Series 7 any special?

Put the Series 6 and Series 7 side-by-side and you will notice a clear difference in design.

Apple has decided to increase the size options to 41mm and 45mm, where previously you had to choose between the 40mm and 44mm.

While it isn't the first time Apple enlarged the display (they did it for the Series 4 too) it's a lot more noticeable this time around, especially as the bezels are a lot thinner and the fit, if you've previously worn Apple Watches, takes a little getting used to.

There are also upgrades across the board ― a faster processor, a brighter display, thicker crystal and dust resistance in addition to the 50m water resistance also available on the Series 6.

Is it life changing?

I wouldn't say it's an absolute gamechanger and will finally be the model that convinces you to get one but none of the changes are bad, per se.

More space to read texts or preview pictures is always nice, and if your eyes are starting to fail you, like mine are, not having to squint is a plus.

There just isn't anything particularly new that will make the Series 7 essential, over the Series 6 but I can say it's slightly more than an incremental upgrade.

Still, I like using the timer on the Watch when I'm cooking and good news for Spotify fans: the Apple Watch app now lets you do more, including store songs on the Watch for offline playback.

Being able to pick up calls from the Watch is still fun years later after the feature got introduced and all your childhood spy watch fantasies come true.

How badly do I need it?

No one needs a fitness tracker. You want one. They're fun. Fitbits when they came out were fun and hilarious and so easy to cheat, just shaking your wrists to hit your step goals.

Still if you wanted the best fitness watch that wasn't a Garmin, it's hard to beat the Apple Watch.

Get it if you have an iPhone. Get it if you like the idea of having a clear, daily routine of absolute minimum goals to feel you are making some effort to not lose the battle to entropy, atrophy and absolute sloth.

Get it you want fitness to be a daily, simple habit though unfortunately the habit I have developed is ignoring my Watch's suggestion to stand up, when I would much rather lie down because I've had a bad day, thanks.

Life is hard. Thinking takes effort. Apple has taken a lot of thinking out of the fitness process by deciding just how many steps you need or how much time should be allowed to pass before you get off the couch.

There are special use cases, however.

They shouldn't replace physical checkups but they're nice aids, especially for people who can be too busy to notice warning signs about their health and there's nothing close to the Apple Watch when it comes to simple fall detection.

Countless stories have been told about people falling or getting into accidents, with their Watches notifying their families or emergency services.

If you think a Watch could save your life? Perhaps it could or you could be blessed enough to not need it to, instead putting up with it nagging you into getting healthy. 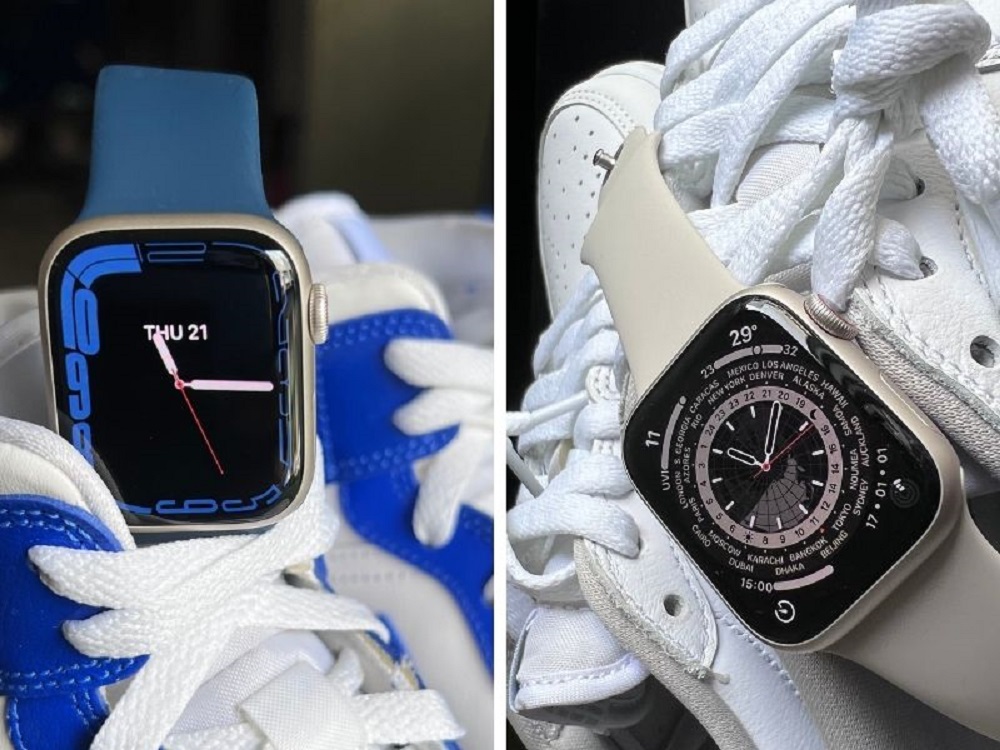 The larger display is the highlight of the new model with new watchfaces to choose from and match to your outfits. — Picture by Erna Mahyuni

I had a bad fall down the stairs a few months ago. It didn't occur to me it was anything but a simple trip until my watch and Health app immediately started sending me warning notifications about my walking steadiness.

The notifications and constant reminders I was, well, walking funny, were annoying but it made me more cautious around the house.

I changed to safer house slippers and took extra precautions, with new bath mats and non-slip shower slippers, and listened when my Watch told me to stand, to move or check out new Fitness+ workouts.

It's been months but only last week the Watch, again, notified me that my walking steadiness had improved and I was no longer a pratfall away from another incident on the stairs.

There's nothing quite like it on the market where fitness wearables are concerned so yes, I'm rather fond of it.

Do I wish the battery was better? Yes.

Do I also wish Apple would have an “I feel like s**t” mode for days when I mentally can't cope with closing my rings? Also yes.

Get on it, software people. Humans do not have 99.99 per cent uptime. Just once, it'd be nice to hear “You can't close your rings today? That's OK.”

Would another fitness tracker do?

I've tried Huawei, Samsung, Fitbit, Oppo, Xiaomi and even Fossil fitness trackers/watches though I only know about Garmin watches offhand as I am not enough of an athlete for those.

If you're not a marathon, Iron Man, extreme sports or decathlon participant, the Apple Watch will probably be the next best thing to a Garmin.

Garmins are serious sports watches with batteries that last days, which is handy as you don't want your tracker to die on you during long hours of training.

However, if you exercise up to two hours a day, an Apple Watch is good enough and the battery has improved to the point that for the most part it will last through the day and only need a quick charge for you to wear it again, while you sleep.

This is where I don't like the Watch much. The larger face for me didn't seem to “sit” on my wrist as comfortably as previous models so I didn't like wearing it to sleep.

If you're as much of a finicky princess, you might prefer a fitness band ― something cheaper like Xiaomi's Mi Band range to swap into while you sleep.

As for Fitbits, I can't really recommend them as the Fitbit app has fallen behind Apple's software, where once it was arguably the better app for sleep tracking.

I am a great fan of repeating myself so yes, if you have an iPhone I don't see any other fitness wearable coming close.

The Apple Watch SE is a lot cheaper but it doesn't come with blood oxygen tracking that might have seemed gimmicky years ago but in the time of a respiratory disease pandemic?  It's worth the extra ringgit.

Budget-conscious? Perhaps see if you can get a Series 6 secondhand, to use in addition to an oximeter. Because I am a nerd, I like comparing my oximeter readings to the Apple Watch and have learned that proper fit is very necessary for accuracy and the Watch is fairly accurate, most of the time.

If you decide to get an Apple Watch because of or in spite of this review, the Series 7 is easily available in-store or online, the Series 6 only at retailers who might still have stock to clear and yes, Apple Watch bands will all fit whatever series you choose.

P.S. If you get one this month, the January Challenge is to close your rings seven days in a row which is a nice way to start off 2022.

Pricing starts from RM1,749 but only aluminium and stainless steel models are available in Malaysia, though you can grab titanium ones in Singapore as well as the Hermes watch band collection.

You can console yourself by choosing a pretty finish from the shades the aluminium models come in, including blue, green and this pinkish-gold shade Apple insists on calling Starlight.

May you meet all your fitness goals this year and every year, with or without an Apple Watch.