Cast, director of 'Obi Wan Kenobi' share what’s it's like stepping into the darker period of Star Wars (VIDEO)

The highly anticipated Star Wars’ series Obi Wan Kenobi will be debuting this Friday May 27 with a two-episodes premiere exclusively on DisneyPlus Hotstar. — Picture courtesy of Disney+
Follow us on Instagram, subscribe to our Telegram channel and browser alerts for the latest news you need to know.
By Arif Zikri

KUALA LUMPUR, May 24 — The highly-anticipated Star Wars’ series Obi Wan Kenobi will debut this Friday with a two-episode premiere.

The six-part Disney+ limited series will see the return of the iconic Jedi Master played by actor Ewan McGregor who’s back to play the now-broken and exiled Jedi, Obi Wan Kenobi.

In a virtual press conference last week, the cast and director of the series shared what it’s like to step into a darker period of the franchise as the series will follow 10 years after the events of 2003’s Star Wars Episode 3: Revenge of the Sith. 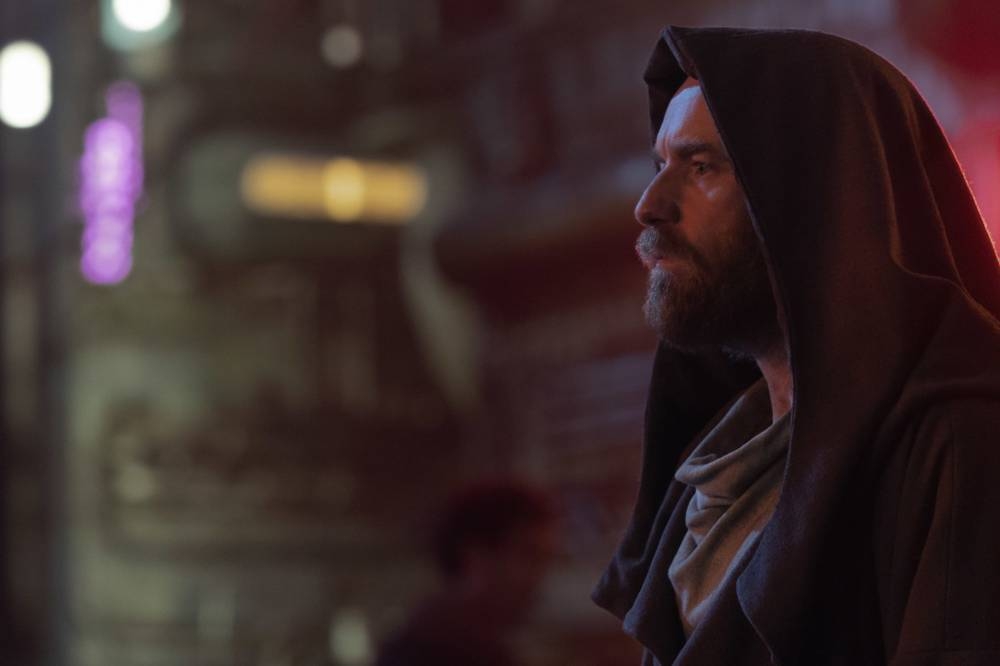 The Return of the Jedi Master

"At the end of the third episode, you know, the Jedi orders are all but destroyed and those who aren’t killed have gone into hiding and they can’t communicate with one another,” said McGregor.

"He can’t communicate with any of his old comrades and he’s living a pretty solitary life. He's not able to use the Force. So, in a way, he’s lost his faith. It’s like somebody who’s stepped away from their religion or something if you like.

"And the only responsibility to his past life is looking over Luke Skywalker who he’s delivered to — we see at the end of Episode III — Uncle Owen and Aunt Beru. So, that’s his only sort of link to his past.”

McGregor described reprising the role "something he has to work on" as the last time he played the character was in 2003.

He also admitted that he had a "vague moment" during one of the screen tests with other actors for the series where they used a bit of The Mandalorian stage.

"So, there was a sort of buzz about Obi Wan walking back on stage, you know. But then when we came to do the actual scenes with these other actors, I was doing a sort of vague English accent and it wasn’t really Obi Wan’s voice at all. And I was, oh dear. That’s not - that’s not very good.

"So, you know, luckily, we had months before we actually started shooting. So, I went back and did some homework with Alec Guinness and what I’d done before in the original films.

"But those, I think, were the two things. Playing him felt totally like he’d always been there ready to come out any minute. But just his voice needed a bit of work,” McGregor said.

The 51-year-old actor added that his Jedi Master in the Obi Wan Kenobi series will be closer to the 70s Obi Wan Kenobi in Star Wars: A New Hope which was played by legendary actor Sir Alec Guinness.

Aside from the Jedi Master, the Obi Wan Kenobi series will also see the franchise’s most iconic character, Darth Vader, returning with actor Hayden Christensen coming back for both roles -as the conflicted Sith Lord and as Anakin Skywalker.

According to the series’ showrunner, Deborah Chow, bringing back Christensen was natural following the impact of the 2003’s Revenge of the Sith had.

"When we were developing the material and we were really looking at the character of Obi Wan and looking and going, you know, what was important in his life, what are the relationships that were meaningful.

"And obviously, the history coming out of the Revenge of the Sith is so strong and it’s so powerful that it really felt like, for us, that, you know, obviously, there’d be so much weight coming into this story that was connected to Anakin Vader.

"So, I think it just felt natural that, obviously, it would be Hayden and that, you know, we would continue this relationship in the series,” Chow said.

The director also said that she was overjoyed to be able to helm a character-driven limited series as she could dive deeper in studying Obi Wan’s character - although, the series came with its own set of challenges.

"I would say that was definitely one of the biggest challenges with this series is that, obviously, we have these huge legacy iconic characters and we’re in between two trilogies.

"So, in large part, we’re telling the second act of a story which is often challenging enough. The biggest thing we were looking for is to respect the canon and respect what’s been done, but we also needed to have an original story and, you know, have an original vision for it.

"I think that was the biggest challenge, but at the same time it was very exciting that we were bringing back two of these huge iconic characters and telling a new story with them,” Chow said.

The Obi Wan Kenobi series will be using the same technology behind previous Star Wars series such as The Mandalorian and The Book of Boba Fett. — Picture courtesy of Disney+

Making the best out of The Volume technology

Recent Star Wars shows such as The Mandalorian and The Book of Boba Fett have been praised for its seamless effects and this is thanks to The Volume technology (formerly known as StageCraft) which is an LED wall that can generate a photorealistic environment.

The effects of The Volume tech were praised by many including by prominent filmmaker James Cameron, who said back in 2018 told Vanity Fair that the effects quality were convincing.

For Chow, who has been working with the tech since The Mandalorian, said that she’s eager to use The Volume for the upcoming Obi Wan Kenobi series.

"In first season of The Mandalorian, a lot of the tech, you know, it’s advanced so much. Every passing year, there’s advances.

"So, by the time we came to do Kenobi, you know, there were already things that we could do that we couldn’t do in the first season. But it was also really exciting to be able to design and to develop material knowing that I was going to shoot stagecraft.

"So, a lot of times I’d be looking at the scene even as we were writing it, thinking about how this is going to translate into the volume and how we can take advantage of the tech as best as possible,” she said.

"One thing that was cool with the technology is that actually a lot of the stuff you guys did in the prequels and that George was doing by pushing digital so early, is so much of that groundwork is how we got to stagecraft, you know.

"Like, a lot of the tools he started developing, like, prevas, all that stuff, is how we ended up on stagecraft. So, it’s really interesting,” she said.

Actress Moses Ingram is the Inquisitor Reva, a subordinate of Darth Vader. — Picture courtesy of Disney+

Just like any Star Wars film, fighting choreography is pivotal and Chow revealed that during these action sequences, they would usually blast Star Wars’ composer, John William’s music out loud for emotional effects.

This was a new experience for actress Moses Ingram who is playing the Inquisitor Reva, a new character in the Star Wars franchise which will be introduced in the Obi Wan Kenobi series.

"And it was sick, too, because we’d be, like, stepping off the ship or, like, you know, doing something else and the music would swell and you’re just, like, feeling like you’re 10 feet tall, you know.

As this was her first time stepping into the Star Wars universe, Ingram admitted that she was surprised by the tone of the series.

"Surprised. I was surprised. I mean from what I knew of Star Wars, I didn’t realize it was that dangerous.

"It felt dangerous what I was reading, and I was like, "Oh, I like this. I’m into this.” Yeah. So, I was really excited,” she said.

Ingram added that she’s also grateful to have creative freedom in terms of what to do with her character.

"Big credit to you (Deborah Chow) for welcoming me in and caring about, you know, my thoughts in terms of who Reva might be.

"The costume was already made. Hair, in particular, her hair was different in the initial envisioning of the character.

"And it was just something that my hair didn’t do naturally, but Deb was so great about, you know, hearing me out on that and, you know, that’s how we ended up with the braids, you know. It’s really important for me to do what my hair does,” said the American actress.

Obi Wan Kenobi will premiere May 27 exclusively on DisneyPlus Hotstar.