Charithra (right) said hearing the iconic Bollywood song was like a collision of both of her worlds. — Picture courtesy of Netflix
Follow us on Instagram, subscribe to our Telegram channel and browser alerts for the latest news you need to know.
By MELANIE CHALIL

KUALA LUMPUR, March 23 — It is well known by now that the Netflix hit series Bridgerton has been praised for its cast diversity.

This season, that inclusivity is further expanded with the addition of British-Indian leads Charithra Chandran and Simone Ashley who have been cast as the Sharma sisters.

Creators have also found a way to weave in a touch of Bollywood in the soundtrack, namely Kabhi Khushi Kabhie Gham, the hit song from the iconic 2001 film of the same name starring Amitabh Bachchan and Shah Rukh Khan.

Charithra, who plays Edwina Sharma in the second season, admitted she cried when she heard the song for the first time while watching the show.

“By the way, that movie and that song is a Bollywood staple, everyone’s raised with it so as soon as the song came on, I was like, hold on and then rewound it and immediately paused,” she said.

“[I] texted Chris Van Dusen and [told him] this literally brought tears to my eyes because it’s like the collision of both of my worlds.” 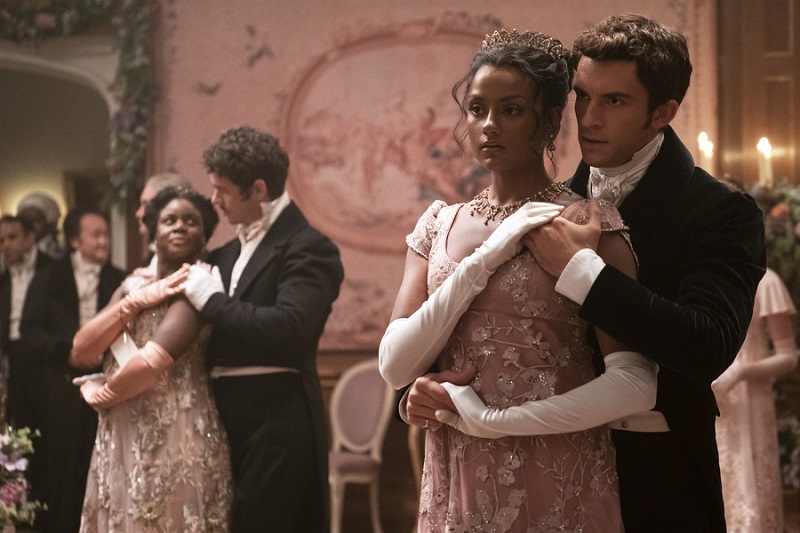 The 25-year-old Oxford University graduate who was born in Scotland to medical professionals revealed it wasn’t easy figuring out her identity as the daughter of immigrants.

“You sometimes don’t know where you belong and that was one of those defining moments where you go ‘ah okay, I get it now, I can be both and I can do both,” she added.

“And especially that song, it’s such a family song and it’s got great meaning behind it that I think the scene also represents and so for me it was like wow, it’s kind of indicative of my identity and I love that.”

Ashley, who plays Kate Sharma and the love interest of Anthony Bridgerton, said the show has brought much joy by representing so many different cultures.

“Representation and diversity on screen, it’s a very complex conversation that we’re all having all the time and it’s an important one,” she said. British-Indian actresses Charithra (right) and Ashley have been cast as leads this season. — Picture courtesy of Netflix

“But for me personally, I just want to bring the fun to it now and the normality, and the joy to bring that through music in such an amazing scene which we had so much fun filming, it brings a smile to my face.”

The second season of Bridgerton follows Lord Anthony Bridgerton (Jonathan Bailey), the eldest Bridgerton sibling and Viscount, as he sets out to find a suitable wife.

Driven by his duty to uphold the family name, Anthony’s search for a debutante who meets his impossible standards seems ill-fated until Kate (Simone Ashley) and her younger sister Edwina (Charithra Chandran) Sharma arrive from India, all under the watchful eye of The Tonne and the omniscient Lady Whistledown.

“We worked really hard to bring everything that fans fell in love with in season 1 into season 2.

“It’s amazing and emotional and romantic and sexy and scandalous and I think we’re back for an even greater escape into 19th century Regency London.”