Zamaera performing like a seasoned pro at the launch of her EP and announcement of her tour. — Pictures by Choo Choy May
Follow us on Instagram, subscribe to our Telegram channel and browser alerts for the latest news you need to know.
By By Joe Lee

PETALING JAYA, March 4 – If you haven’t heard of Zamaera, you’re missing out on possibly the best female rapper to emerge in Malaysia.

Hailing from Subang Jaya, the feisty 23-year-old has taken the Malaysian hip hop by storm, with her independent releases in "Wanita" and "Helly Kelly" in 2017, and the viral Yo! MTV Rap Asia Raps cypher battle last year where she blew away the male-dominated regional competition.

While female rappers are a rarity in Malaysia, Zamaera is an especially interesting act to catch, with originality and clarity in her rhymes and flow, delivered with much panache through her convincing tone and sizeable vocabulary.

“Rap came from the US, and they talk about money and cars and girls, and while much may be exaggerated, it’s part of the environment.

“We should be able to take that into our own culture, tell our stories, and say this is my own environment,” she told Malay Mail.

Her confidence is astounding for one so green, as evident from her performance while launching her EP, Z, with tracks like Z vs Z, Truth, KMS and Almost, that will be available from Lakefront Records on March 29, with pre-orders beginning March 15.

But is Malaysia ready for her, especially when her numbers don’t exactly fit into the expected mold of Malaysian mainstream music?

“The album may sound ‘international’ but it’s still about what’s happening around me when I’m here.

"We set out to do an album that best represents me as an artist, and if that sounds international, then I guess I'm an international artist."

Not wanting to merely be part of the herd, Zamaera, said: "I wanted to cut through with my music and be different,as  mainstream music usually does sound similar.

“And that’s how it led to me doing it with a live orchestra in Chicago, there’s no one else doing it, a ‘rapchestra’, apart from (American rapper and producer) Chief Keef last September.”

For Z, Zamaera wrote all the material for the album, save for Almost, which was co-written by her producer, Floyd “Timeless” Thomas. 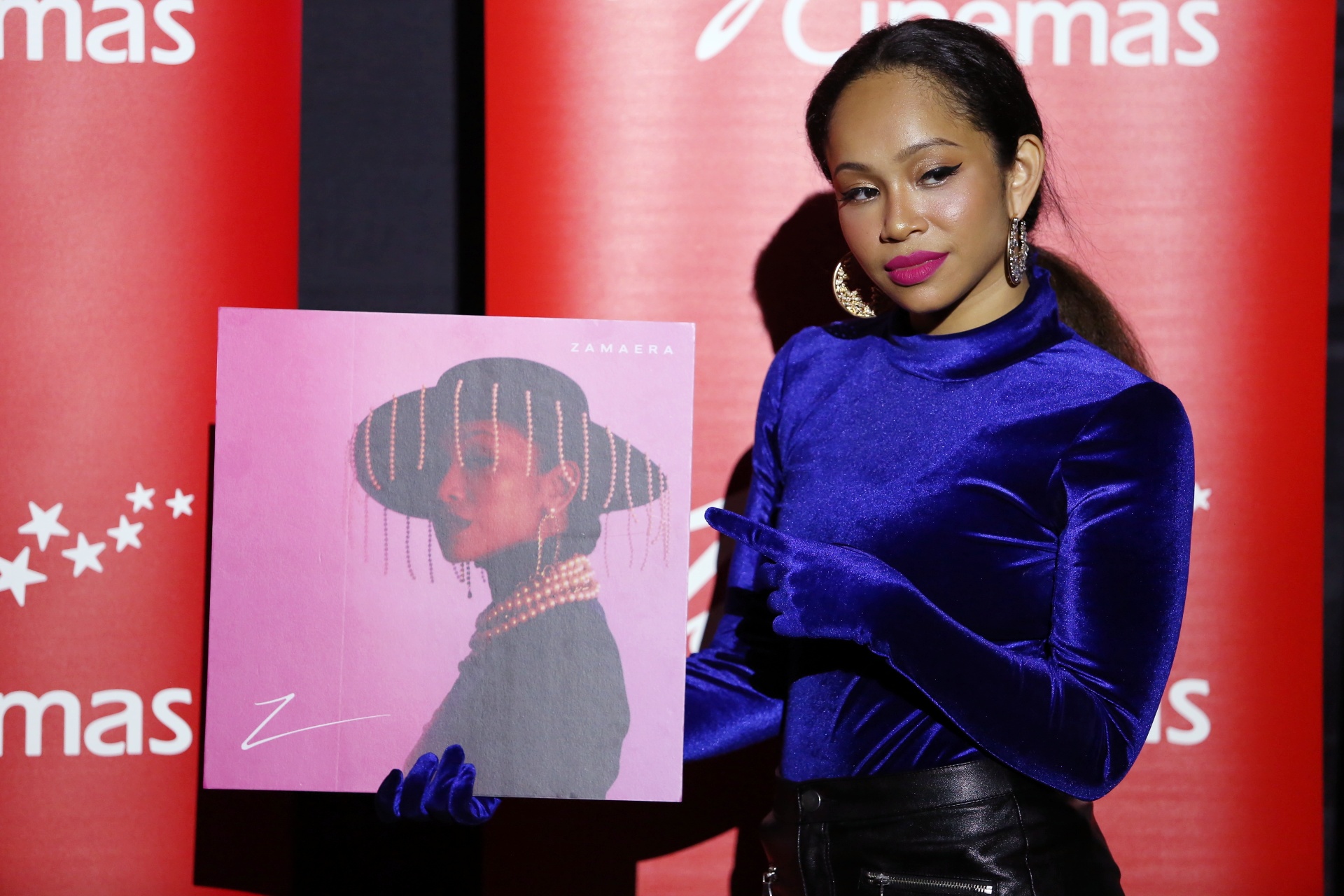 No matter the medium of delivery, Zamaera pens tunes that are experiences and observations closer to home.

Zamaera is actually related to rapper Altimet, who recently bowed out of the limelight with his The Final Altimet Show.

“Even though we’re related, I never did music that was influenced by him. I never listened to hip hop, and only began at 17.

“I  didn’t even know who Teh Tarik Crew or Too Phat were until eventually I researched for it myself and went ‘hey that’s my cousin!’"

“We’re distant cousins, my dad grew up with his mom because my grandfather was brought up by his grandmother, does that make sense?”

With a noticeable American accent, Zamaera shrugs off the possibility of anyone questioning her roots just because of how she chooses to sound.

“When I speak Malay, then they go 'owh orang Malaysia'. For me, I just want people to understand that just means you’re embracing where you’re coming from.”

Code-switching comes naturally for her, but she embraces her ‘Malaysian-ness’ despite how she may sound while performing.

“I need to stand out where I go, to represent where I came from. I’m comfortable with the way I showcase my different personalities, and so far I haven’t gotten anything negative, and there’s been a lot of positivity and support.”

Along with the launch of her EP, Z, last Friday, Zamaera also announced her nationwide tour in LFx (Lakefront Xperience) at selected TGV Cinemas in Kuala Lumpur, Penang, Johor Baru and Miri set to take place in April and May.

Showcasing the four tracks from it, her performance was interspersed with the  mini documentary, The Chicago Sessions features her journey during the recording process.