Playing at the Olympics: It's bigger than your individual sport

JULY 2 — Justin Rose speaks with a golden glint in his eye whenever the topic turns over to the Olympic Games.

Matt Kuchar took the bronze for Team USA after rallying with a closing 63 and shed a tear on the podium which signified the enormity of the moment, not just for himself but for the game of golf in the larger scheme of things.

With the Tokyo Olympics, which has been delayed by a year due to Covid-19, being around the corner, all eyes will be on golf’s superstars, both men and women, to deliver yet another rousing show to cement its place on the Olympic roster.

Sadly, Rose, Stenson and Kuchar will not have the opportunity to defend their medals at Kasumigaseki Country Club from July 29 to August 1 after missing out on qualifying but their absence will be made up through the appearance of six of the world’s top-10 golfers in the field of 60, led by current No. 1 Jon Rahm, Justin Thomas (3rd), Collin Morikawa (4th), Xander Schauffele (5th), Bryson DeChambeau (6th) and Rory McIlroy (10th) who are all making their Olympic debuts. Home hero Hideki Matsuyama, who won the Masters in April, will carry Japan’s golden hopes.

Rose speaks highly of his achievement in Rio, which saw a number of golfers withdraw from the Games due to concerns over the Zika virus five years ago. 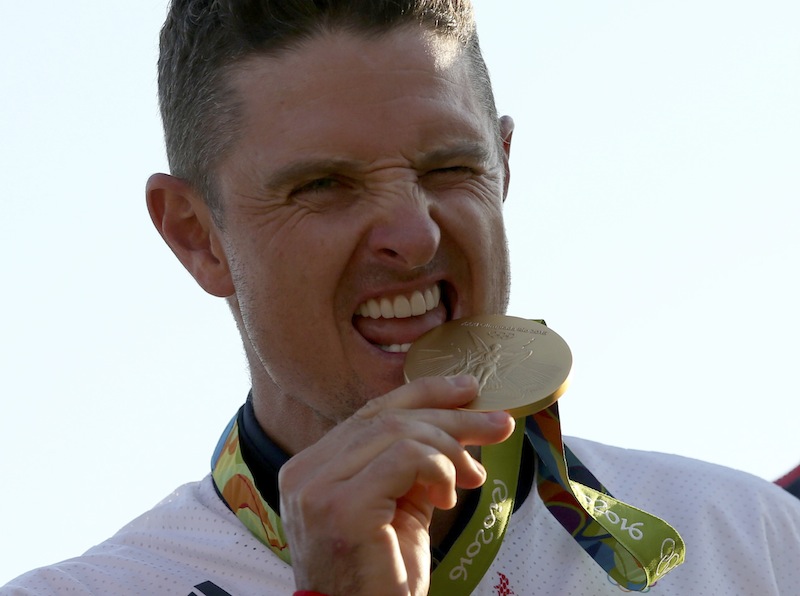 “Honestly, it’s been probably the biggest gift of my career. It’s really been a fantastic thing and the fact it links me to so many other great athletes in other sports, it’s something very, very cool,” said Rose.

“I think with Kuch, Henrik and myself kind of being the first medallists, I think the guys on Tour have seen what it’s meant to us and to the golfing public and fans. Hopefully golf will embed itself in the Olympics. To walk out with the whole Team GB at the Maracana Stadium, it felt like being a part of something incredible. Something bigger than your individual sport.”

A 10-time winner on the PGA Tour and holder of 11 victories on the European Tour, Rose, now 40, said he soaked in his Olympics experience. He exchanged views and insights with fellow Team GB tennis star and double gold medallist, Andy Murray, and saw up close how players from the rugby sevens team trained and pushed themselves to be stronger, faster and better.

“Andy was really interested with how much golfers pay attention to technique and the sense I got from him is that he doesn’t really focus much on technique... he focuses on the strategy of the game and playing the opponent. The actual technique of the groundstrokes and the serve, it seems like he didn’t obsess over that whereas golfers can obsess over technique quite a bit. It was interesting to hear his mindset on that,” said Rose.

Henrik Stenson of Sweden plays his shot from the second tee in the morning foursome matches during the 41st Ryder Cup at Hazeltine National Golf Club in Chaska, Minnesota. ― Reuters pic

Stenson’s silver medal has suffered a few scratches and dents as it has been used widely at charity events, media activities and even brought for “Show and Tell” in school by his children. “At the time, I was the reigning Open champion and silver medallist and those two travelled together and I don’t know if the Claret Jug started being annoyed with the silver medal and banged it up,” laughed the Swede.

“It was a lot of tournaments, a lot of media and a lot of charity events. It went everywhere. It went to my kids’ schools... my daughter wanted it for “Show and Tell” and she’s a bit more careful than my son is. Since I promised her, my son wanted to take it too and he dropped his backpack with the medal in it and there’s a big dent at the bottom now. It’s not in the best of state.”

The Swede believes golf’s return to the Olympics after over a century has impacted the growth of the sport around the world. “We’re reaching out to a broader audience and certainly back home in Sweden, there were many more people watching me go head-to-head with Justin for the gold than seeing me win the Open Championship,” he said.

“It’s great for the growth of the game on a worldwide scale. We had messages afterwards from people saying ‘I’ve never tried golf and never really watched it but I watched the Olympics and I want to go out now to try the game’. I think these are some of the key moments for us being part of it. It is a special event, being once every four years. Winning major championships is huge in our sport but you can only be Olympic champion once every four years.”

Kuchar, who has represented the US in a combined nine appearances at the Ryder Cup and Presidents Cup, found massive satisfaction in finishing third for the first time in his illustrious career. With golf being such an individual sport, winning is very often the yardstick to measure success.

“Man, the medal ceremony and finishing up on 18 and having the medal put around my neck, it brought tears to my eyes,” said Kuchar. “To go out and have to shoot a great round to get a medal, what a thrill that was.”

* Note: Chuah Choo Chiang is senior director, international marketing and communications, APAC of the PGA Tour and is based in Kuala Lumpur.