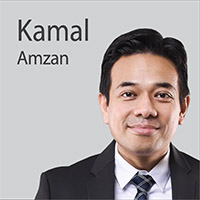 MAY 2 — Recently we had a Covid-19 patient in her mid-seventies.

Her condition had deteriorated rapidly — requiring ICU care, then breathing support, before dying just a few weeks later leaving behind a husband and daughter who were also admitted but recovered.

Before being put on a ventilator, her last words to her family had been, “Don’t worry...I’ll see you in about a week.”

In the battle against Covid-19 that has raged on for more than a year now, it can be easy for the stories and individual struggles of patients to get lost in a mass of statistics or number of fatalities.

But frontliners experience a very different perspective of the pandemic, one that is unpixelated and filled with the details of each loss.

With vaccines having arrived on our shores and the public languishing from the fatigue of isolation and restrictions, we are seeing that falling into complacency has become all too easy.

Vaccines prevent severe symptoms and disease from setting in. But to end the pandemic, we need to vaccinate a sufficient number in society to achieve herd immunity.

Exhibiting what is known as the Peltzman effect, all Malaysians, the government and public included, are susceptible to falling into the trap of a false sense of security – driven by the need to believe that we are in the final stretch of the pandemic.

This wishful thinking has continued to burden our health, education, travel and financial sectors.

Which is why it deserves nothing less than a multi-pronged, holistic response involving all parties including the government, medical experts, businesses and the public’s co-operation — but also crucially, communication experts.

While the Malaysian government, on the whole, has done a commendable job in facing a continuously evolving health crisis — plenty of room for improvement remains, particularly in establishing effective communication with the public.

In building the trust necessary for cohesive co-operation between the government and public, the crisis of spreading misinformation needs to be addressed.

Misconceptions about the vaccines and their side effects have been swirling on social media, fueling growing anxiety among the public which the government is scrambling to alleviate.

Left unchecked, misinformation has the power to spread faster than Covid-19 itself.

The government needs to be the first to tell their story and manage the narrative. People need to hear from them first — and this goes beyond the number of cases they announce every day.

Anti-vaxxers, for instance, exist purely in the information vacuums left by governments who fail to communicate effectively, in a manner which reaches the public on an emotional level.

The recent concerns over the AstraZeneca vaccine and rare cases of blood clotting in recipients has sparked multiple knee-jerk reactions by the Health Ministry on whether to continue its use for the public.

Changing its stance multiple times, from initially deciding the vaccine would continue to be administered, to then pulling the brakes on it temporarily for review, and then again deeming it safe for the elderly but separating the administration of doses away from the current vaccination centres, does little to inspire confidence and build the public’s trust.

Deeming the vaccine safe for the elderly after multiple countries have said they would exclude the AZ vaccine needs to be firmly backed up by the science — in a manner which doesn’t alienate the public with jargon.

Simply stating that the vaccine is safe after undergoing review or comparing it to the risks of blood clots caused by smoking is neither adequate nor appropriate, for a vaccine that went through review in a host of other countries which have deemed it unsafe.

While cases of blood clotting due to the AZ vaccine remain extremely rare — four in a million — the public is bombarded with messages from the media on a daily basis about these rare side effects, skewing the focus towards risks rather than benefits.

In desperately trying to allay the fears of the public when it comes to this vaccine, the narrative has unfortunately left the public pondering more on the question of “Is the AstraZeneca vaccine dangerous?” instead of “What do I stand to gain from taking the vaccine?”

That’s like trying to sell a car to someone by telling them it’s not dangerous.

People are naturally rewards-driven and while risks and concerns for any vaccine must be taken seriously and addressed, the question of the vaccine’s benefits are an equally important piece of information for the public to make informed health decisions.

What do we stand to gain from the vaccine?

The question might seem obtuse in the middle of a pandemic but needs to be answered by the relevant ministries in a way that connects with the heart of the public.

A study published by Darren Lilleker, professor of political communication in Bournemouth University, emphasised the importance of not just clarity but empathy in communication.

In a comparative study across 27 countries of how each responded to the emergence of the virus, both clarity and empathy proved to be crucial in a country’s communication during crisis management.

Two notable examples, South Korea and Ghana, emerged as the clear winners in the battle against Covid-19, both achieving clarity and empathy in their respective communication strategies.

One example of empathy clearly communicated by Ghana’s President Nana Addo Dankwa Akufo-Addo was when he said, “We know how to bring the economy back to life. What we don't know is how to bring people back to life.”

It’s not enough to throw science, statistics and facts at the public in order to get a salient message across. Effective communicators are needed to reach people on a more human level.

The government needs more than authority to be convincing. Instead of focusing solely on the risks we avoid with the vaccine, they need to do a better job at letting the public know that the vaccines are keeping people, especially the vulnerable with pre-existing conditions from being rushed to the ICU, as my patient recently was.

But going one step further, a picture needs to be painted of what life looks like post-vaccination – whether it’s someone being able to visit their parents again safely or the peace of mind of knowing that the vaccinated and their loved ones are more protected.

Connecting with the public in this immensely challenging time is the first step the government must take in order to build the trust so sorely needed between the two parties.

Distance is the new love

As we spend time reflecting on our patience, resilience and steadfastness this Ramadan, I pray that we keep our loved ones safe, wherever they are. We should see this not just as an extension of our faith, but as a civic duty to our country.

Celebrate responsibly this Aidilfitri — lest the deaths of those similar to my patient be in vain.