Is book banning ever the answer? 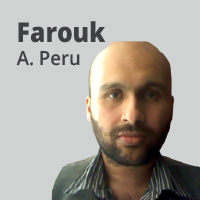 DECEMBER 29 — Over two years ago, I had the pleasure of sitting on a panel with Zaid Ibrahim. He was promoting his book Assalamualaikum and I acted as an expert on Islamic law in Malaysia.

Now, over two years later, the book is being banned because it is “likely to be prejudicial to public order as well as public interest and is likely to alarm public opinion.”

Now? Only now it is deemed a threat? Does this have anything to do with the fact that the general elections is in 2018 and Zaid is an example of a Malay-Muslim who refuses to politicise race and religion?

A more important question to ask: is banning a book or any written material ever the answer?

Let us first think about this from first a psychological standpoint. A very famous saying goes “forbidden fruit tastes the sweetest.”

When we prohibit people from doing something, it becomes all the more attractive to them. That is just simple psychology.

So, in effect, the Home ministry has done Zaid a tremendous favour by instituting this ban. Now, even people who had not known about it will want to know what it is about at the very least.

What about from an ethical standpoint? We are touted as a democracy. A democracy claims to restore power to the people and what kind of power does a people have if they do not have the power of informed choice?

And how can they have an informed choice if all alternative ideas are censored? It simply undermines democracy to do so!

We are robbing Malaysians of their ability to choose wisely. Zaid’s book presents ideas which, in my opinion, are very much concordant with the Islamic religion albeit very much discordant to those of the ruling party and its allies.

The government tells us that it wants to build a thinking, modern and progressive society. How can this ever happen when books are banned?

It is equivalent to tying up and gagging one’s opponent in a debate. By denying one’s opponent the right to speak freely, one is actually saying that one does not have the means to take those ideas on in a healthy, open debate.

This is why they gravitate towards alternative ideas which are deemed as edgy and cool. It is not the power of those banned ideas themselves. Rather, it is the fact that one’s image gets a significant boost by simply clinging to them.

Perhaps the most important question of all is, can a book ban even be practically enforced? Even in the days before the deluge of the internet, the answer was no.

I remember, back in the early 90s how Salman Rushdie’s Satanic Verses used to be photocopied by Muslim readers in Malaysia who wished to read it even if to deride the book later on. They simply made illegal photocopies and distributed them. It was as simple as that.

Of course, today, it is so much easier to disseminate banned books. Books are actually written first in digital form on word processors. All one has to do is simply pass on the file in an email and get the recipients to do the same.

In five minutes, like a geometric sequence, the emails would flood the world! There is simply no way to ban books anymore so why bother?

Instead, take those ideas head on and allow them to be naturally processed. We can build a far better society that way.