Jokowi moves fast to clean up the crucial energy sector

Sunday, 23 Nov 2014 7:11 AM MYT By Devi Asmarani
Follow us on Instagram, subscribe to our Telegram channel and browser alerts for the latest news you need to know.
By Devi Asmarani

JAKARTA, Nov 23 ― The first month of the Joko Widodo administration has been marked by a number of significant moves, chief of them was this week’s announcement of the fuel subsidy cut.

The president unexpectedly announced that the price of subsidised fuel would be raised by Rp2,000 (about 55 sen) on Tuesday night, making him the first Indonesian leader to do so. By announcing the hike himself, he showed a leadership quality not seen in his predecessors. Rather than delegating the task to his co-ordinating minister, as his three predecessors have done before, he took full ownership of the politically sensitive issue.

As expected, prices went up immediately after the announcement; the government anticipates a two per cent inflation in the first two months after the hike. But the public reaction has been more subdued, save some minor student protests and a strike threat by public transportation operators that did not materialise.

Hailed by economists, investors and the business sectors, the move shows that Jokowi has his finger on the pulse of the economy, and would not hesitate to take strong measures, even at the risk of alienating his voters so early in his term.

When previous administrations would rather choose to stay politically safe by holding back on cutting the subsidy until the global oil price rise made it no longer possible for them to do, he moved fast in order to curb Indonesia’s oil deficit, eventually shoring up support to strengthen the rupiah.

The subsidy cut gives the government an extra Rp120 trillion (RM33 million) to spend on infrastructure and other programmes to drive the economy. Jokowi has also prepared the country for the shock of inflation by kick-starting new health, education and cash distribution subsidy programmes for the poor three weeks earlier.

The majority of Indonesians remain unfazed by the hike. Conversations in social media showed much support for the president’s decision among the middle class. This was a remarkable difference from 2008, when then President Yudhoyono’s decision to raise subsidised fuel prices by Rp1,500 (40 sen) led to widespread protests ending in violence.

Up for re-election in 2009, Yudhoyono cut back the prices, as global fuel prices decreased, even announcing the move himself. He got re-elected, but the move ended up straining the country’s budget further. 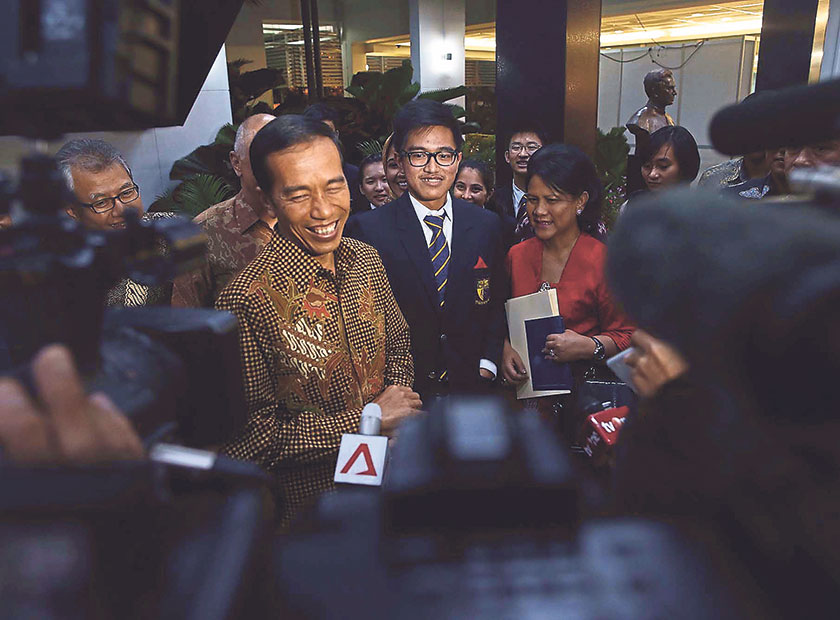 Along with the fuel cut, Jokowi has initiated a number of measures to address the systemic problems in the Indonesian’s oil and gas sector. Last week he established the Oil and Gas Governance Reform Team led by outspoken economist Faisal Basri that will report to the related minister.

The new team faces a tough job. Indonesia’s supply of crude oil has shrunken because ageing oil fields’ recovery rate has dropped to 60 per cent, as bureaucratic obstacles hampered the discovery of new fields. At the same time, ageing oil refineries are unable to process much of the local supply of crude oil. Consequently, more than half of Indonesia’s demand of 1.5 million barrels of oil per day (both crudes and oil products) must be imported.

Another problem lies in the importing system of these oil products. Instead of importing from oil producing countries, for decades Indonesia has long obtained its supply of oil from middlemen and traders, a system that has caused a rent-seeking practice linked to politically connected people to thrive, costing the state trillions of rupiah in losses every year.

This week Jokowi also appointed anti-graft reformer Amien Sunaryadi to head the Upstream Oil and Gas Regulatory body (SKK Migas). The agency, which acts as a regulator of oil and gas production sharing contractors, has been under scrutiny for its less than transparent management. Its last chief is currently on trial for corruption after being caught red handed by the anti-graft commission for receiving money from an oil trader.

According to an industry insider, the new and reformist Minister of Energy and Mineral Resources Sudirman Said also removed a high-ranking official in the ministry for poor performance and for causing bottlenecks to several strategic oil and gas projects.

“Basically the government is waging an all-out war against vested interest, the old guards who have long benefitted from the opaque system of the oil and gas sector,” the industry insider told me.

Overall these are encouraging signs, because despite the challenges, the upstream oil and gas sector contributes almost 30 per cent to the state revenue.

Recognising the importance of overhauling the sector by putting in place effective and credible governance, and cleaning up the trading system lends credence to the administration’s reforms agenda.