Sunday, 09 Nov 2014 7:03 AM MYT By Devi Asmarani
Follow us on Instagram, subscribe to our Telegram channel and browser alerts for the latest news you need to know.
By Devi Asmarani

NOV 9 — This week has seen the kick-off of Indonesia’s latest welfare initiatives, as the Joko Widodo administration buttresses the country for an impending fuel subsidy hike.

They are to be an improvement of the previous welfare programmes of his predecessor Susilo Bambang Yudhoyono in terms of expanded recipients, increased amount, and innovative distribution system. Targeted to reach up to 86 million people, the programmes consist of the issuance and distribution of three cards: a cash card, an education card and a free health card.

On Monday, the president began the distribution of the cash aid, which is aimed at providing 15.5 million poor families with Rp200,000 (RM55.13) per family per month. Instead of disbursing cash through the post office like the previous programme, the money was transferred to savings accounts set up by the state-owned Bank Mandiri. The accounts can be activated through GSM phone cards distributed to the recipients at the post office, and the cash can be withdrawn either there or at the bank.

The government sets aside Rp6.4 trillion (RM1.76 billion) for eight months of the cash-aid programme, with the first phase only covering one million poor families in several densely-populated Indonesian provinces.

The education card will be sent to children of poor families aged seven to 18 for free school tuition. Targeted to reach 24 million students, the programme has been expanded from the previous administration’s programme to include street children and teenagers within the age bracket who are currently out of school. And the health card will be launched later and is aimed at providing free healthcare to 86.4 million of low-income bracket, plus 1.7 million of homeless and internally displaced people.

The cash-aid programme has been hailed as an innovative way to make the distribution system more convenient for the recipients. The telephone card for the recipients can be used on their own or on someone else’s mobile phone to activate their bank accounts. This system gives access to savings to many poor people, who are typically denied banking services. According to a Bank Indonesia survey, only 35.51 per cent of the adult population in Indonesia owns a savings account. 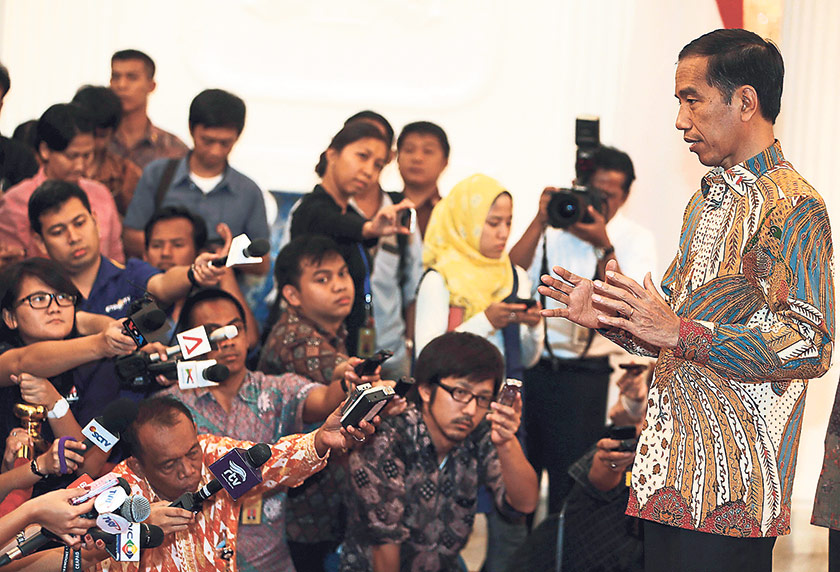 A few days after the cards were distributed, the central bank said a quarter of the recipients chose not to withdraw the entire aid amount. Giving the underprivileged Indonesians access to the banking system will also enable them to obtain bank loans as well as pay bills or conduct transaction over the phone.

The social aid programmes, which had been formulated and planned in the last two months by Jokowi’s transitional team, expand and refine the previous three programmes of Yudhoyono, but their successes will depend on the implementation, and whether or not they reach the right targets.

Indonesia’s large population and a lack of consolidated nationwide database make verifying the aid recipients’ data challenging. This may lead to the exclusion of some who need the aid the most. Also, in practice, there seemed to be lack of public awareness of the programmes, and some of the beneficiaries were initially confused about what to do with the cards.

But the speed of their launch signifies two things: that the president responds quickly and decisively to a pressing need, and that he understands the urgency of cutting fuel subsidy to lift the heavy fiscal burden on the state. Vice President Jusuf Kalla confirmed early this week that subsidised fuel prices would be raised this month, though the amount is still being discussed.

Even with social safety net measures already in place to anticipate the impact on inflation, raising fuel prices is always a political risk, especially with opposition controlling Parliament.

What was less anticipated, however, was that resistance to subsidy cut has also come from Jokowi’s own Indonesian Democratic Party of Struggle (PDIP). Some PDIP legislators have urged the government to delay the price hike until next year, arguing that current low market oil price hike, its lowest in three years, should enable the government to postpone the subsidy cut.

PDIP’s top officials in the Cabinet, including senior minister Puan Maharani, who is in charge of coordinating the welfare programmes, were quick to claim that these legislators did not represent the party’s voice. True, these are most likely posturing by politicians, especially as the populist PDIP was always against fuel price hikes under president Yudhoyono. But unless they can get their own party to agree on this one thing, they could never win the support of the whole House of Representatives.

Between a rock and a hard place, Jokowi does not have the luxury of making every happy. The fuel subsidy, which is enjoyed mostly by cars and motorcycle owners, is estimated to exceed Rp 276trillion (RM76 billion) of state spending this year, 15 per cent of the total budget and higher than the annual infrastructure spending.

Economists, the market and the business sector await the first sign of his decisiveness by raising the fuel prices. It will assuage any doubts that his administration could implement reform agenda expected to woo investors and it will return market confidence in Indonesia. Most importantly for a country weary of 10 years of indecisive, safe-seeking leadership of Yudhoyono, it will prove that Jokowi is not afraid to be unpopular.