Sunday, 28 Sep 2014 8:00 AM MYT By Devi Asmarani
Follow us on Instagram, subscribe to our Telegram channel and browser alerts for the latest news you need to know.
By Devi Asmarani

JAKARTA, Sept 28 — Friday was a sad day for Indonesian democracy, or what has become of it.

In the early hours of that day, while most people were asleep, Parliament decided to take away the rights of Indonesians to choose their own local leaders after a protracted and contentious legislative process.

The outgoing members of the House of Representative voted 226 to135 in favour of passing the Regional Election Bill, which gives the power to elect mayors, district heads and governors to regional legislatures. This happened less than a week before the swearing in of the new batch of parliamentarians, 60 per cent of whom are newly-elected legislators. 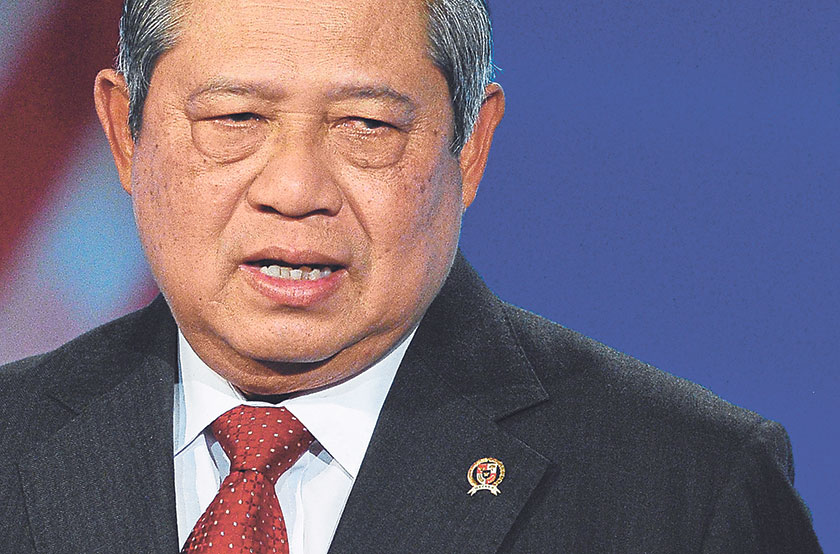 Indonesians waking up to the news were angry, and the person most blamed for it is President Susilo Bambang Yudhoyono, whose Democratic Party altered the expected outcome of the voting through a shrewd political play. The Democratic Party is currently the largest faction in Parliament with 148 of 560 seats.

Although his government drafted the Bill the week before, Yudhoyono had expressed his support to maintain direct regional election in Indonesia. This raised the hopes of the coalition of political parties led by the Indonesian Democratic Party-Struggle (PDI-P), which was at the time outnumbered by the opposing camp in Parliament that wanted to scrape direct elections.

But at Thursday’s plenary meeting, the Democrats tacked on a 10-point condition to the Bill that they claimed would improve the administration of regional elections.

After intense lobbying, some of these proposals, including ways to save costs, were agreed on by the PDI-P and its coalition partners the National Awakening Party (PKB) and the People’s Conscience Party (Hanura) -- all are parties that support president-elect Joko Widodo. But it disagreed on the proposal that a candidate must undergo a public review, fearing it could allow an incumbent to block a rival candidate from running in a local election.

And that’s when the Democrats dropped the bomb, walking out of the room before the House voted for the Bill just after midnight and practically handing victory to the opposing coalition of parties.

The Jakarta Globe in its editorial called it a “massive setback to democracy” and pointed at the Democratic Party’s move as “half-hearted at best and a cynical face-saving strategy at worst, given that the Bill was drafted by the government of President Susilo Bambang Yudhoyono, the Democrat chairman.”

After 10 years of remarkably uninspiring leadership marked by indecisiveness and missed opportunities, this latest episode has further eroded Yudhoyono’s credibility. Social media resounded with the hashtag #ShameOnYouSBY and called on the international world not to entertain any thoughts of giving him an international platform like the coveted UN Secretary General post after his retirement.

Questions emerged whether the Democrats’ move was evidence of SBY’s ineffectual leadership over his own party, or whether it was part of a cunning political play he is also known for.

Most believe it is a combination of both indecisiveness and a shrewd political move. In his two-term administration, the risk-averse President would rather send mixed signals to the public and hedge his bets than take a clear stand on difficult or polarizing issues.

During the presidential election this year, senior Democratic members, including his own son Edhi Baskoro, sided with the Prabowo Subianto ticket, while Yudhoyono himself claimed that he and his party were neutral. This allowed him an easy escape from the losing camp, after it was clear Prabowo had lost the election.

Following Friday’s decision, Yudhoyono claimed he was disappointed with the result and said his party would file for a judicial review at the Constitutional Court. But it did not justify the Dems’ decision to walk out on the voting process.

The six Democrat legislators who chose not to walk out with the rest of the party were those who had publicly fallen out of favour with Yudhoyono and those with close ties to the party’s disgraced former leader Anas Urbaningrum. Anas, who was sentenced on Wednesday to eight years for corruption, was ousted by Yudhoyono last year. During his trial, witnesses had implicated the president, his son Edhi and his wife Ani.

The latest development indicates what’s in store for Joko’s upcoming administration, as his support in Parliament is outnumbered by the disgruntled parties behind Prabowo.

PDI-P politicians accused the Democrats of not having the intention to support direct regional elections to begin with, and that the whole thing was a charade to create a public image that they were pro-democracy.  But if anything, it also exposed the PDI-P’s poor negotiating skill and their unwillingness to compromise in order to win a legislative battle.

Whatever went on behind the scenes between the Democrats and the PDI-P-led coalition shows that the former was using what little clout it had left before the swearing-in of the new Parliament. The Democrats’ seats will drop by half in the new House, as its popularity has drastically declined.

Scrapping direct regional elections, which began 10 years ago as part of the country’s political reforms process, is an assault and a betrayal to the people who voted for these politicians.

Moreover, it shows the consolidating power of self-serving political elites bent on chipping away at democracy to make themselves less accountable to the people.

It’s not too late yet. The next battle will take place at the Constitutional Court, which will hear the judicial review.

Indonesians should be more than outraged. To defeat the enemies of democracy, they should proactively guard this process, the way they did when the Prabowo’s camp challenged Jokowi’s victory last month.