Upward battle against corruption in Indonesia

Sunday, 07 Sep 2014 9:00 AM MYT By Devi Asmarani
Follow us on Instagram, subscribe to our Telegram channel and browser alerts for the latest news you need to know.
By Devi Asmarani

SEPTEMBER 7 ­— Now that Indonesians have pretty much moved on from the drama and the euphoria of the election, corruption is taking centre stage again in the local media.

This week’s “big catch” by the Anti-Corruption Commission (KPK) is great news and a reminder of what a huge task the upcoming government of Joko Widodo faces in fighting graft in Indonesia.

On Wednesday, KPK named Minister of Energy and Mineral Resources Jero Wacik a suspect for allegedly forcing his subordinates in the ministry to amass money through procurement-project kickbacks, budget mark-ups and bogus programmes.
KPK said Jero collected Rp9.9 billion between 2011 and 2013, but the amount could be higher pending further investigation.

Jero is the third minister in President Susilo Bambang Yudhoyono’s Cabinet to have been named a suspect, after former youth and sports minister Andi Alfian Mallaranggeng and former religious affairs minister Suryadharma Ali. He is also the sixth senior politician of Yudhoyono’s Democratic Party who has been implicated in corruption cases.

KPK officials said the money was used for his personal needs (including funding his family’s trip to the London Olympics, golfing games and entertaining people), as well as for image-building campaigns (the daily Koran Tempo said he paid an editor of a national newspaper to help boost his public image). Jero ran for Parliament in the April Legislative Election and is due to be sworn in this October.

His case has been long anticipated, following a string of scandals that led to the arrest of some high-ranking officials in the energy sector, including chairman of the Parliamentary Energy Commission Sutan Bhatoegana, another Democratic Party member.

Rudi Rubiandini, who headed the Upstream Oil and Gas Regulatory Special Task Force (SKK Migas) testified against Jero in his own trial, while the state-owned oil and gas company Pertamina president, Karen Setiawan, said during questioning as a witness that Jero had bribed some parliamentarians to secure the budget for his ministry. Karen, who resigned last week citing personal reasons, later recanted her testimony, however.

To many Indonesians, the latest arrest validates the long-held assumption that energy is one of the worst governed and most corrupt sectors. The term ‘oil mafia’ was made popular a couple of months ago during a presidential candidates’ debate when vice-president elect Jusuf Kalla cheekily asked his opponent Hatta Rajasa what he would do to address the problem. Observers were quick to note that Kalla was hinting at Hatta’s close relationship with an Indonesian businessman known as the ‘Godfather of Oil’.

The way the oil mafia works, according to media reports, is by marking up the prices of imported oil that Pertamina buys from its third-party private partners. A lack of transparency in the system allows the corrupt practice to occur, potentially causing trillions of rupiah in losses to the state.
This corrupt system apparently exists in other commodity business as well.

The sugar industry, for example, is controlled through an oligarchic practice that supplies low quality seedlings to small-scale farmers and procures poor machinery for factories, keeping domestic production low so that they can flood the market with foreign-imported sugar.

And then there’s the meat mafia, a sector known to have been the turf of the Muslim-based Justice and Prosperous Party (PKS), whose senior politicians were found guilty early this year of bribing the ministry of agriculture (long been a political territory of PKS) to secure an increased quota for imported beef.

Highly vulnerable to corruption is the procurement process of goods and services for government offices.

Corruption is so “structured, systematic and massive” that the government does not really have the capability to fight it with the existing system, noted anti-corruption activist Teten Masduki, an aide to president-elect Joko Widodo during the campaign, to the influential Kompas daily. He blames this on ineffective internal monitoring system and law enforcers who lack capability as well as integrity.

Worse still, many ministers in Yudhoyono’s Cabinet are political appointees and senior cadres, if not leaders, of their parties, and they would abuse their power to amass money for their parties. 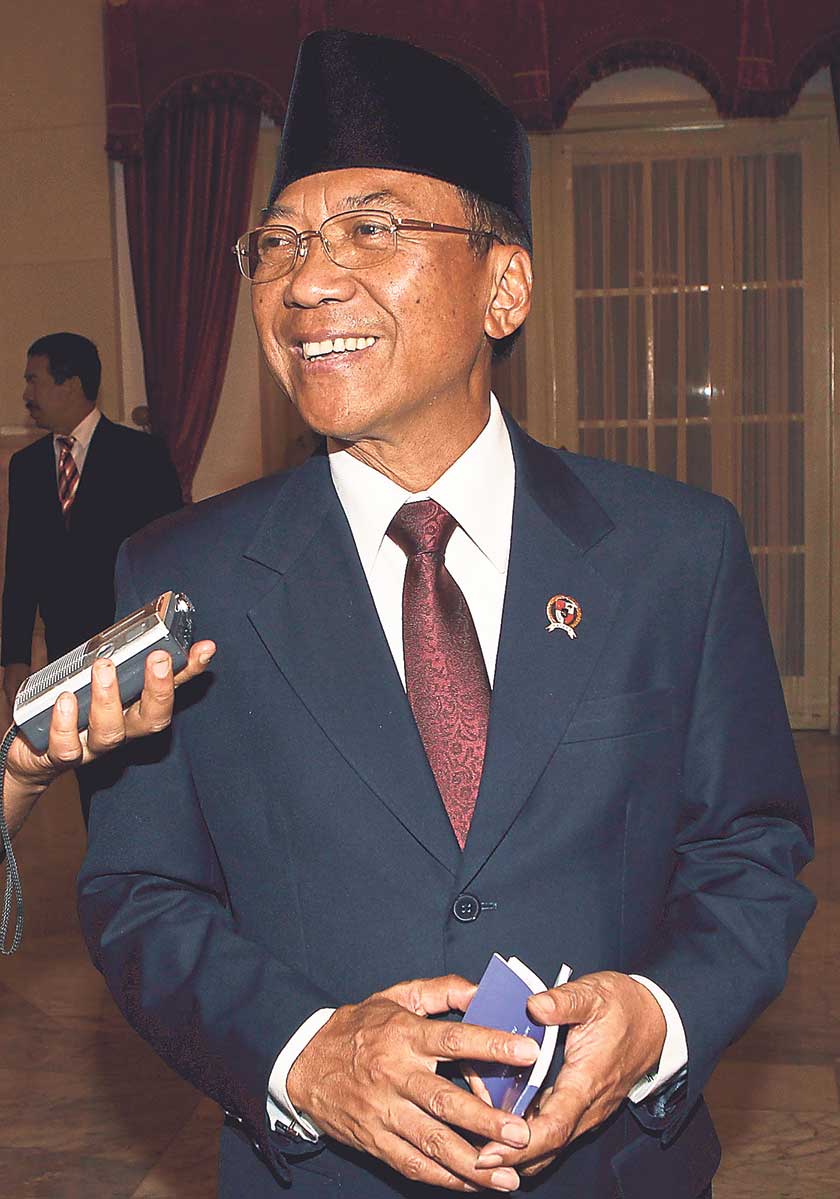 This is where KPK comes in. Established in 2003, it is led by a five-member team of commissioners selected by an independent committee, and it reports to the President. There are nine legal instruments that deal with corruption, but weak evidence or a lack of witness makes KPK often choose to pursue cases they have the most chance of prosecuting, such as briberies or money laundering, resulting sometimes in less than severe punishments.

And often all their great work is undermined once the case is tried in the corruption court.

On Monday, for example, the Jakarta Corruption Court sentenced Banten Governor Ratu Atut Chosyiah to four years’ imprisonment, lower than the 10 years demanded by the prosecutor.

The first female elected governor and a matriarch in Banten’s most powerful political clan, Atut was found guilty of bribing former Constitutional Court Chief Justice Akil Mochtar in an attempt to take control of a district her clan had lost in a local election. Akil was sentenced to life imprisonment.

Atut’s disappointing sentence shows the shortcomings of the current effort to fight graft through the legal avenues in a country where the public has lost much trust in its law enforcers and justice system.

Also, like the cockroach principle, there is a chance that for every official caught for corruption, many more will learn from their mistakes and become more sophisticated and elusive.

This is why President-elect Joko Widodo badly needs to implement a bureaucratic reform that ensures better governance and a strong monitoring system, as well as to foster an anti-graft culture throughout the nation.

But first, he needs to put in place competent ministers, preferably not politicians, with professional track records and proven integrity.