MH370 and the anguish of uncertainty

Friday, 04 Apr 2014 7:24 AM MYT By Aerie Rahman
Follow us on Instagram, subscribe to our Telegram channel and browser alerts for the latest news you need to know.
By Aerie Rahman

APRIL 4 — In instances where you do not know the person who is in despair, sympathy is but a fleeting sensation. One sees a poor beggar, looks at him with eyes filled with sadness and then one walks away. One then turns to one’s own problems and one’s own miserable life.

Yet, the MH370 crisis has shown that people’s ability to sympathise or empathise with strangers can be profound, in line with their attention span on one story. In this case, much sympathy goes to the family members of those on board the unfortunate flight.

Intense attention has been heaped on the plight of the family members. This is not unjustified. The pain that they have to go through is unimaginable. Moreover, the MH370 disaster was a random tragedy and it can happen to anyone of us; the victims were innocent and had nothing to do with the cause of the tragedy.

Providence is cruel to the family members. Not only do they not know what happened to their beloved, but the Malaysian government is doing them no favours by periodically releasing contradictory information. They have been taken on a roller coaster ride where the direction is only downwards.

While the international community poured their sympathies for the victims of 9/11, the absence of definitive answers plunges them into limbo. And this limbo is the anguish of uncertainty.

Pictures are emotional enablers, which invoke certain emotions within us. The surfeit of photos of the family members display the anguish that they face. Some are pictured wailing. Some appear solemn. Some are just devastated. But all have one thing in  common in that anguish which is palpable from their varied expressions.

The uncertainty that they face is a terrible sentiment to endure. For in uncertainty, there is the desire to know but one is shackled by circumstances and confined to not knowing. One is left and forced to be surrounded by a miasma of questions. One wants to know, but is told that one cannot know.

Uncertainty plays with your mind. You start to imagine extremes — from the worst (that they died an excruciating death) to the best (that all are alive on some island, waiting to be rescued). And the imagination plays on incessantly. Additional facts, which do not lead to a conclusive answer, act as embellishments to the imagination of possibilities.

This is why false hopes, which are manufactured by rumours of daft optimists (or puerile news agencies) causes anger. It plays on the minds of the victims’ families and when the rumours turn out to be false, the anguish would be exacerbated, if not prolonged.

It is unknown whether the cause of MH370’s disappearance is due to hijacking, technical failure or some act of fate. The greatest fear for the family members is that the death of their loved one was pointless — there is no meaning to their deaths as it was something random. 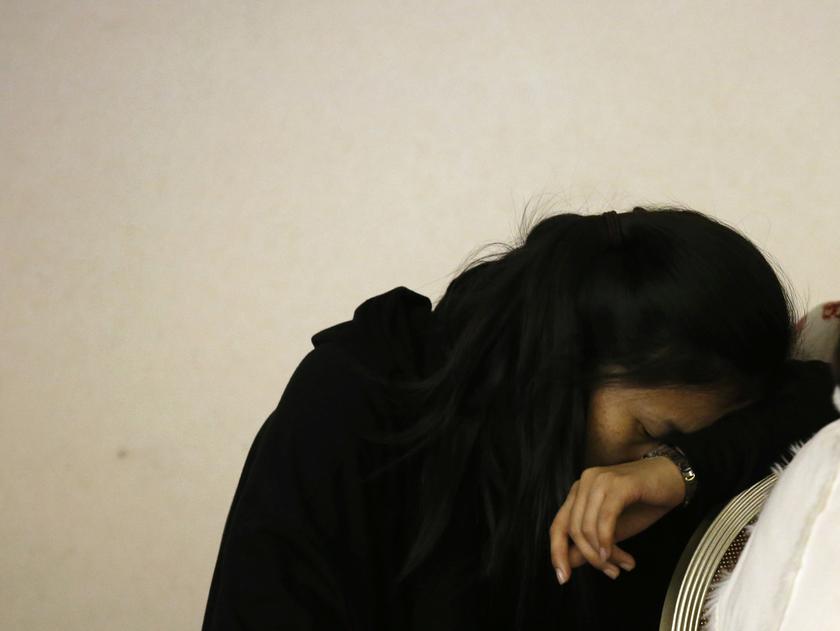 The anguish of uncertainty felt by the family members has a spill-over effect on the international community who, while are bystanders and have no familial interests in the matter, are collectively beleaguered with the uncertainty of what happened to the airplane. We all ask questions and are caught in the vacuum of uncertainty.

Human beings are blessed with the faculty to sympathise with each other and share the pain. The cynic can call it being nosy, others can call it being genuinely concerned. This is part and parcel of what being human is all about.

However, one must be cautious when facing uncertainty. Desperation may drive people to the extreme, such as consulting the avaricious supernaturalist who would not hesitate to exploit one’s anguish.

The anguish of uncertainty is not and should not be exclusive to the MH370 tragedy alone. Melancholically, most of the time, the anguish faced by many family members is man-made.

In Malaysia alone, the numbers will tell you that there are many who died in police lockups. Most of the time, it is difficult to obtain information and answers as to what happened to them. Did not former High Court judge V.T. Singham find that our IGP was liable for misfeasance in A. Kugan’s civil suit case?

The case of Teoh Beng Hock remains unresolved. It is unknown as to whether he committed suicide or whether he was cold-bloodedly murdered. I cannot imagine the anguish that his family members must endure.

I am at a loss for words with regard to the death of a schoolboy, Aminulrasyid Amzah. The family members must be suffering because of the inability to punish the murderer of their child.

The alleged murderers of Altantuya Shaariibuu were acquitted by the Court of Appeal. Until today, we have no knowledge as to who her real killers are. Her father has been demanding for justice and he has been denied justice. I have no idea what is next for Altantuya’s case.

There are many more cases such as these. The poignant part is that most are invisible and undetected by the media as they are not sensational and are just ordinary plights of average people. They can rival the MH370 in terms of substance, but not in terms of scale.

But the suffering of these people and the anguish of the family members of these people must be highlighted and must be fought for. For they too, like everyone else, deserve closure.