Umno president Datuk Seri Ahmad Zahid Hamidi with other party leaders cut a Malay traditional ‘pulut kuning’ cake in conjunction with Umno’s 76th anniversary at the World Trade Centre in Kuala Lumpur May 15, 2022. — Picture by Firdaus Latif
Follow us on Instagram, subscribe to our Telegram channel and browser alerts for the latest news you need to know.
By SHAHRIN AIZAT NOORSHAHRIZAM

Umno vice-president Datuk Seri Mohamed Khaled Nordin, who tabled the amendment allowing the party to defer internal polls during years with general elections, said the decision demonstrated the strong cohesion among the delegates and leaders.

“The constitution that was amended by the party today was decided even during the previous general meeting and that was the decision by the party,” he told reporters after the Umno Special General Meeting at World Trade Centre here today.

Instead, he said the party’s political stability would be at the forefront of its campaign for the general election.

“So, there is no such thing as there are two camps in the party, it was just rumours,” he said.

Other than Asyraf and Khaled, former prime minister Datuk Seri Najib Razak and Selangor Umno chief Tan Sri Noh Omar, who is also Kuala Langat MP, also held up the amendment today as a measure of the party’s unity. 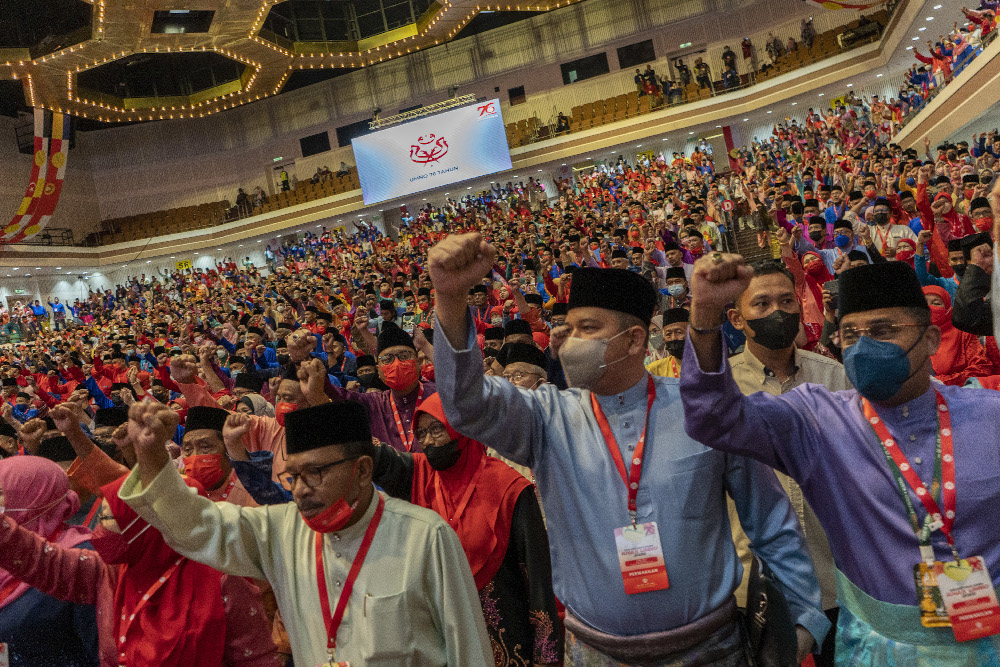 Earlier today, Umno delegates agreed during the special general meeting to amend the party constitution in order to allow internal polls to be delayed to later than six months after a general election if the two occur in the same year.

This was on top of a previous amendment that allowed the party leaders to defer scheduled elections by up to 18 months.

The 15th general election is not due until next year, but some Umno leaders are pushing Ismail to hold one now, after being emboldened by the party’s success in recent state polls.