More foreigners out and about in KL during Aidilfitri this year

People wearing face masks sightsee and snap pictures in the heart of Kuala Lumpur during Hari Raya Aidilfitri holiday May 3, 2022. — Picture by Ahmad Zamzahuri
Follow us on Instagram, subscribe to our Telegram channel and browser alerts for the latest news you need to know.

KUALA LUMPUR, May 3 — Locals and foreigners alike took the opportunity of the Hari Raya Aidilfitri holidays to spend a day out and about the capital, with areas such as Suria KLCC and the nearby KLCC Park, Pavilion KL and Jalan Bukit Bintang being most popular with crowds.

Checks by Bernama today found that more foreigners had hit the streets this year following the easing of Covid-19 prevention measures, and the halting of compulsory scanning of QR codes using the MySejahtera app.

Swedish accountant Agnes Lundstrom, 45, welcomed the move as it made moving around more convenient for her.

Agnes, who has been working in Malaysia for five years, was also relieved about the transition to the endemic phase that began on April 1.

“This doesn’t mean we can fully rid ourselves from the responsibilities we have as individuals to help control the virus from spreading, but at least now, I have the confidence to step into public places because the local authorities here are doing their job well to ensure everyone is compliant to the standard operating procedures (SOP),” she told Bernama when met at Suria KLCC today.

Meanwhile, Turkish retiree Ahmet Cetin, 64, who has been residing in Malaysia for the past two decades, was of the opinion that the holiday crowd this year had lessened significantly as most people chose to travel back to their hometowns.

He shared that this is his first time he was on his own during Hari Raya since his friends were celebrating back in their hometowns.

“I understand it has been two years most Malaysians were able to travel without restrictions. Even my friends went back to their kampungs in Johor, some others to Sabah and Sarawak, so this is the first time in many years I’m celebrating Hari Raya by myself,” he said when met at Pavilion.

British tourist Samantha Viejo, 37, said she was happy to return to Malaysia for an overdue trip after two long years.

“I’m very lucky I made it just in time for the Hari Raya festivities, so I’m able to enjoy the multitude of festive cuisines offered here,” expressed the single mother of two when met at Jalan Bukit Bintang. — Bernama 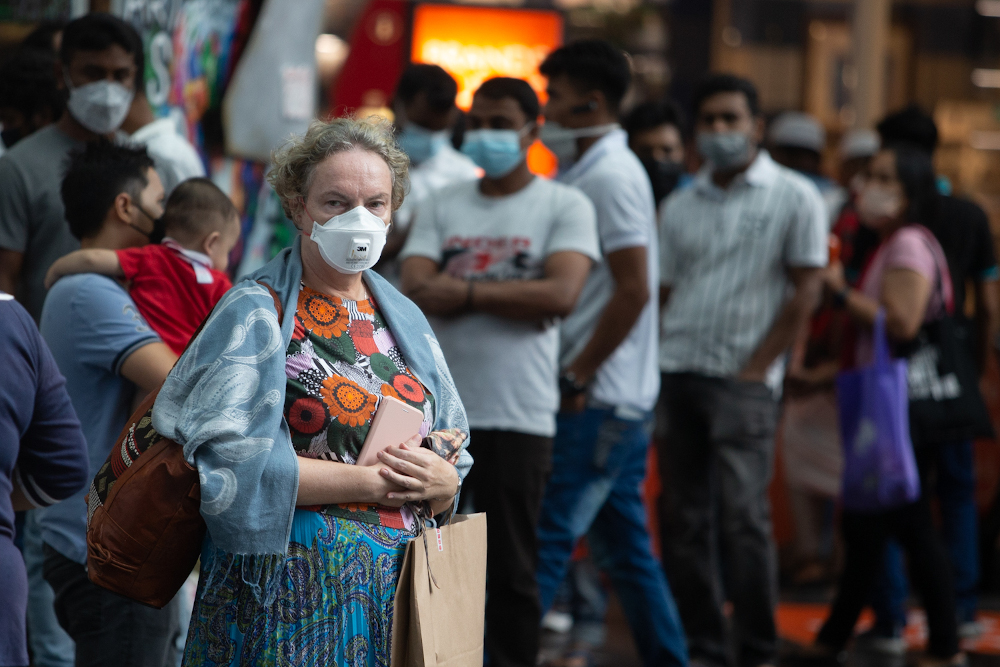